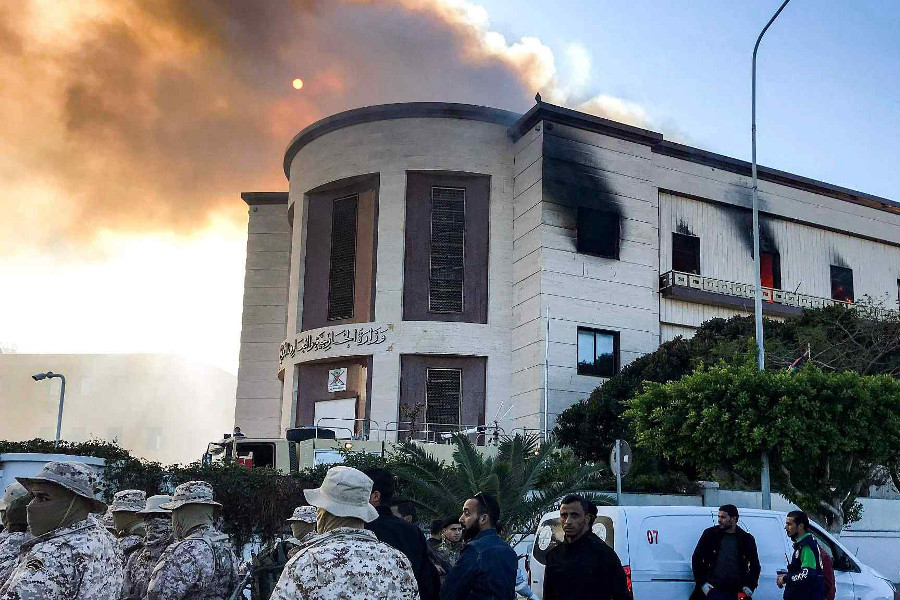 Militants have attacked the Foreign Ministry of Libya in Tripoli, killing three and injuring around 20 herunterladen.

A suicide bomber blew himself up at the ministry entrance on December 25. A second attacker was shot dead by guards before he was able to detonate his explosive vest, Libyan officials said adobe cs3.

There was no immediate claim of responsibility, although the Islamic State terrorist organization has carried out similar attacks.

The United Nations Support Mission in Libya (UNSMIL) condemned the attack and stressed the need to “prevent terrorist groups from turning Libya into a haven or an arena for their crimes.”

Libya has been in turmoil since the 2011 overthrow of dictator Muammar Qaddafi yputube video herunterladen. The country is split between rival governments, each supported by various militia groups.

Based on reporting by AP, Reuters, and dpa