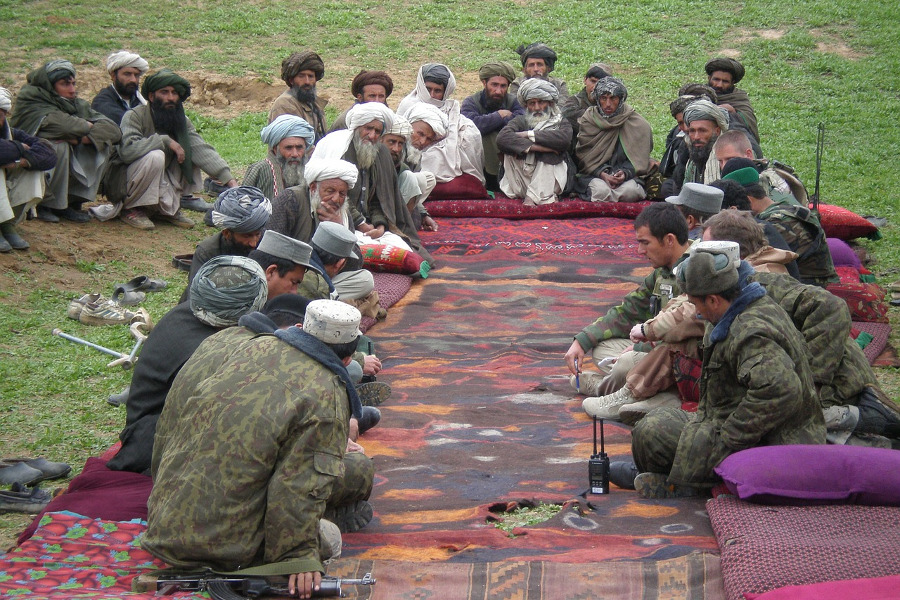 ISLAMABAD – Pakistan’s military says it is taking “every step” required to help the United States successfully achieve a political reconciliation in Afghanistan and exit the war-shattered country “as friend of the region, not as a failure.”

The statement comes a day after U.S. special envoy for Afghan reconciliation, Zalmay Khalilzad, visited Islamabad and sought cooperation from the Pakistani leadership for Washington’s renewed push for finding a negotiated end to the 17-year-old war with the Taliban.

Army spokesman Major-General Asif Ghafoor told reporters in Rawalpindi, where the military is headquartered, that Pakistan has long called for resolving Afghan conflict through political means and a U.S.-initiated peace process has gained momentum lately.

“This political reconciliation must succeed. … We wish that the U.S. leaves Afghanistan as friend of the region, not as a failure,” Ghafoor said, without elaborating further.

The army spokesman added that Washington is seeking Islamabad’s cooperation to encourage Taliban leaders to engage in Afghan peace negotiations.

Ghafoor reiterated Pakistan’s influence with the insurgent group has diminished over the years, but said Pakistan will use “whatever contacts we have” to facilitate the Afghan peace effort.

“You are aware that Afghan refugees have been living here [in Pakistan] for 40 years. So, they [the Taliban] have families and links here. That is how as much as we can we will facilitate,” the spokesman explained when asked what Pakistan could do to nudge the insurgents to engage in peace negotiations.

Families of Taliban leaders and fighters are believed to be residing among among nearly three million Afghan refugees Pakistan still hosts.

Khililzad’s visit to Islamabad followed a request from U.S. President Donald Trump to Prime Minister Imran Khan seeking help in furthering the Afghan peace process. Washington and Afghan officials have long maintained the Taliban leadership is based in Pakistan and is being covertly supported by the country’s spy agency.

Gen. Ghafoor again rejected allegations his country is allowing the Taliban to plan attacks inside Afghanistan.He said Pakistani security forces have eliminated all terrorist sanctuaries on their side and a military-led massive construction effort is currently underway to fence off the nearly 2,600 kilometer border with Afghanistan.

“We have already fenced more than 600-kilometer proton of the border.The construction of forts and new posts has also been completed by 60 percent.God willing when the entire fence would be in place by the end of next year, we assume the cross-border threat facing us will reduce to a large extent.”

Khalilzad arrived in Islamabad on Tuesday.A U.S. embassy statement issued Thursday said he met with top Pakistani political and military leadership during his two-day stay in the country.

“Ambassador Khalilzad stressed the United States’ commitment to facilitating a political settlement between the Afghan government and the Taliban that ensures Afghanistan never again serves as a platform for international terrorism and ends the 40-years-long war in the country,” noted the embassy statement.

After visiting Pakistan, the U.S. special envoy traveled to Kabul where he held meetings Thursday with Afghan President Ashraf Ghani and Chief Executive Abdullah Abdullah.Khalilzad then left for Moscow for discussions with Russian officials on regional peace efforts, said the U.S. embassy in Afghanistan.

The U.S. envoy during his 18-day trip will also travel to several other countries, including Qatar where he has already held two rounds of talks with representatives of the Taliban based in the Gulf nation.