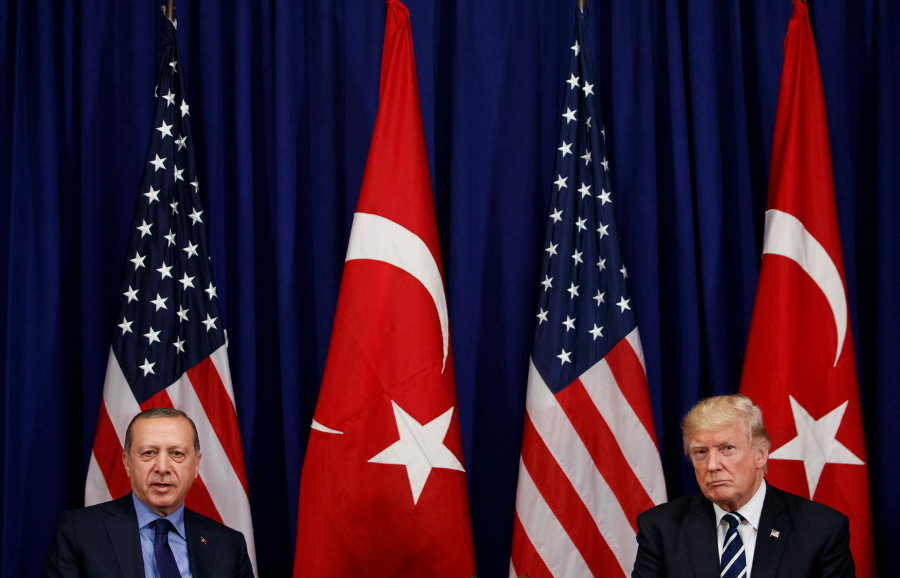 Turkey and the United States have lifted tit-for-tat sanctions that were imposed on officials from their respective countries, in a sign of easing tensions between the NATO allies following the release of a US pastor jailed in Turkey.

The move came after the US Treasury announced its own plan to lift sanctions on the Turkish justice and interior ministers, Abdulhamit Gul and Suleyman Soylu.

The US sanctions were imposed under the 2016 Global Magnitsky Act, named after Russian lawyer Sergei Magnitsky, who died in a Moscow jail. The act allows the US to sanction foreign officials implicated in alleged rights abuses.

Ankara-Washington relations have been strained since a failed coup was launched in Turkey in July 2016, and worsened during Turkey’s two-year detention of US pastor Andrew Brunson, who was released last month.

The tit-for-tat sanctions were put in place in August, shortly after a court in the western Turkish province of Izmir refused to release Brunson and instead placed him under house arrest on 25 July.

Brunson, a missionary who had worked in Turkey for more than 20 years, was arrested in December 2016 and accused of backing the coup attempt against Turkish President Recep Tayyip Erdogan.

While ties between the NATO allies have improved since Brunson’s release on 12 October and his subsequent return to the US, several sticking points remain between Washington and Ankara.

Turkey has repeatedly called for the US to extradite a Pennsylvania-based Muslim preacher, Fethullah Gulen, whom Ankara accuses of ordering the attempted coup. Gulen has repeatedly denied the accusation.

Turkish officials have also criticised Washington for supporting Kurdish fighters battling the Islamic State group in Syria. Turkey considers the Kurdish People’s Protection Units (YPG) to be an off-shoot of the Kurdistan Workers’ Party (PKK), which has waged a deadly insurgency in Turkey since 1984.

In August, US President Donald Trump also doubled tariffs on Turkish aluminium and steel over Brunson’s detention, which badly hurt the Turkish lira.

At the time, Trump tweeted that the US would impose additional sanctions on Turkey, adding: “This innocent man of faith should be released immediately”.

The row with the US has exacerbated pressure on the Turkish currency. The value of the lira has plunged more than 40 percent this year over concerns about Erdogan’s influence on monetary policy, relations with Washington and the Turkish central bank’s ability to rein in double-digit inflation.

Erdogan has cast the devaluation in the lira as an “economic war” against Turkey by foreign powers and has warned of action against those believed to be speculating on the economy or taking advantage of fluctuating exchange rates.