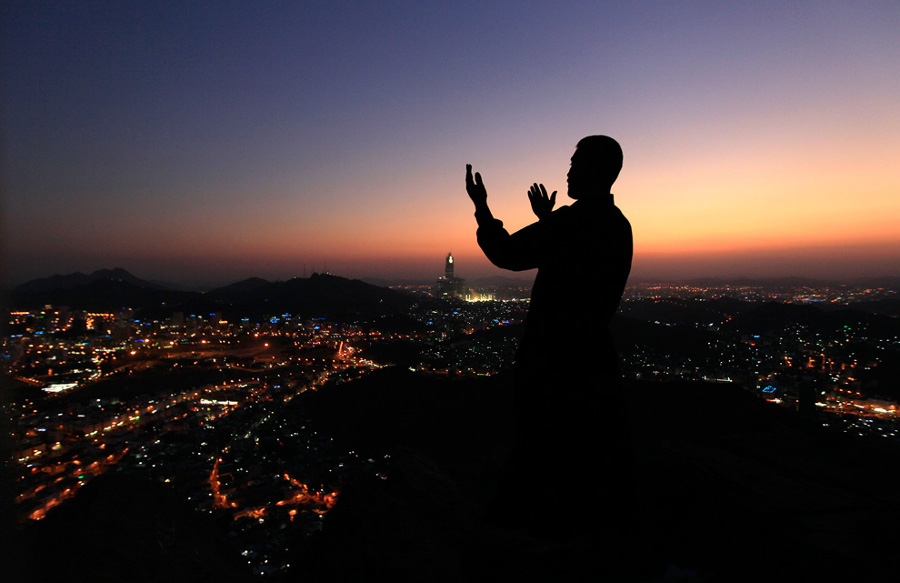 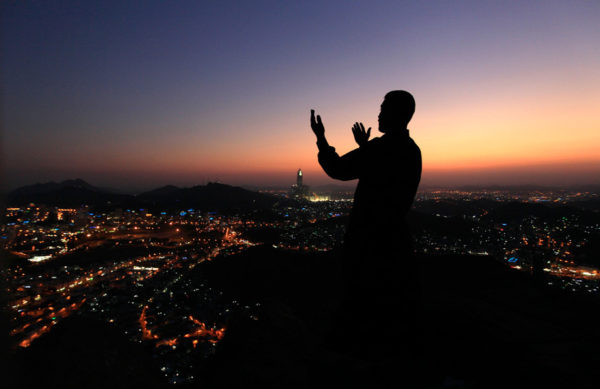 A Muslim is an embodiment of submission.

The days of Haj are with us. Those who undertake this momentous journey will be constantly reminded of Sayyidina Ebrahim (ﷺ), his wife Hazrath Hajra (ﷺ) and his son Hazrath Ismail (ﷺ). The Ka’ba Shareef that the Haji will perform tawaaf of was built by this illustrious father and son. The seven rounds between mount Safa and Marwa are the living reminder of the anxious running at that very pace by Hazrath Hajra (ﷺ) in search of water for her infant son. The precious water of zam zam makes one ponder over the thirst of Hazrath Ismail (ﷺ) and the extreme concern of his mother – until finally this miracle was granted to them. These are but just a few of the reminders of this illustrious family. Nevertheless, one tremendous lesson that shines extra-ordinarily in the lives of these great personalities is the level of their unquestioning submission to the command of Allah Most High. In these blessed days of Haj we should be learning especially this lesson from them and enacting it in our lives.

Consider the command of Allah Most High to Hazrath Ebrahim (ﷺ) to leave his wife and infant child alone in a barren land. No amount of human intelligence can fathom the wisdom behind this command. A solitary innocent woman and an infant child being left alone in a desert without any apparent means of survival is something that seems senseless. Had it been one of our liberal thinkers of today, he would have readily “re-interpreted” this command of Allah Most High. Many would have at least asked: “But why must I do this?” Hazrath Ebrahim (ﷺ) however responded very differently. He responded by doing exactly what he was told. Without any question he leaves his wife and child in the barren land and quietly turns to return. He lived up to his declaration which the Glorious Qur’an has preserved for eternity. Allah Most High says: “And remember the time when your Lord said to him (Ebrahim ﷺ) ‘Submit!’ He (Ebrahim ﷺ) replied “I have submitted to the Lord of the worlds” (2:131). And indeed he submitted without any hesitation and did what many today would have termed senseless – he left his wife and child in a desert without any apparent means of survival.

COMMAND OF ALLAH MOST HIGH?

As he turns to leave, his wife Hazrath Hajra (ﷺ) asks in utter astonishment: “Are you going to leave us here?” This was the response of a normal human being. Anyone would have been perturbed at being left in a desert totally exposed to the elements. But her question is met with silence from Hazrath Ebrahim (ﷺ) who was commanded not to say anything. His silence in this trying situation was also an act of submission. Hazrath Hajra (ﷺ) repeated the question, but to no avail. She finally rephrases the question and asks: “Is this the command of Allah Most High?” Hazrath Ebrahim (ﷺ) indicates positively. That was all she needed to know. Without any further question she exclaims: “In that case He will not allow us to perish.” Subhanallah. What absolute submission to the command of Allah Most High. No cries of “discrimination” were heard from her – as many women of our times would have done. No question was raised about whether this was “democratic.” There was no clamour for “equality”. No sooner did she come to know that she was being left in that barren place on the command of Allah Most High, she fully submitted to it. No “ifs” and “buts.” No “I cannot understand this” or “it doesn’t make sense.” Nothing of the sort. Only total submission was to be seen.

When Hazrath Ebrahim (ﷺ) was commanded to slaughter his son, he again submitted without any question and prepared himself to carry out the task. Consider this command at face value and it seems to be totally illogical. Had it been one of our enlightened modern thinkers of today, he would have certainly asked: “But what did my son do? How can I slaughter an innocent child?” Or, perhaps, he would have just gone ahead and “re-interpreted” the command. But this was Khalilullah, Hazrath Ebrahim (ﷺ). He proceeded to carry out the command of Allah Most High without any question. When his son, the young Hazrath Ismail (ﷺ) becomes aware that he is soon to be slaughtered on the command of Allah Most High, he immediately submits and responds: “O my father, do what you have been commanded. You will soon find me to be among the patient” (37:102). No protest. No rebellion. No question. Just total submission to the command of Allah Most High.

We also have claimed to have submitted ourselves to Allah Most High. Islam means “submission.” A “Muslim” is one who submits. The time has come for some sincere soul searching. To what extent have we submitted to the clear commands of Allah Most High and His beloved Rasul (ﷺ)? When Allah Most High has declared: “O you who Believe; fear Allah and forsake what is left of interest (2:278),” do we stop and submit? When the Qur’an-e-Kareem exhorts the Believing men and women to lower their gazes, how do we respond? When Allah Most High commands the women: “And remain firmly within your homes (33:33)” do we see the example of the unquestioning submission of Hazrath Hajra (ﷺ) being implemented? The same question should be asked about the command of Allah Most High to theBelieving women to “bring close upon them their jilbaab (hijaab)” (33:55).

When we are informed that Rasulullah (ﷺ) closed his ears at the sound of music and that he declared: “I have been sent to destroy musical instruments,” do we submit and eradicate all music out of our lives? Or do we just ignore these Ahadith and instead promote music by playing it ourselves in our homes and businesses, by having music on hold on our telephones, by installing musical doorbells, etc.? Similarly, what about the injunctions pertaining to all our ibaadat, monetary affairs and social interactions?

The time has come to fully submit to the commands of Allah Most High in the manner that Ebrahim (ﷺ) and his family have displayed. No questions about “Why this?” and “Why that?” No re-interpretations and no waiting to see if it “makes sense” to us. All we need to establish is what the command of Allah Most High and His Rasul (ﷺ) is. Then we merely need to submit to His command.

May Allah Most High make us true Muslims – those who submit totally unto Him. Amin.