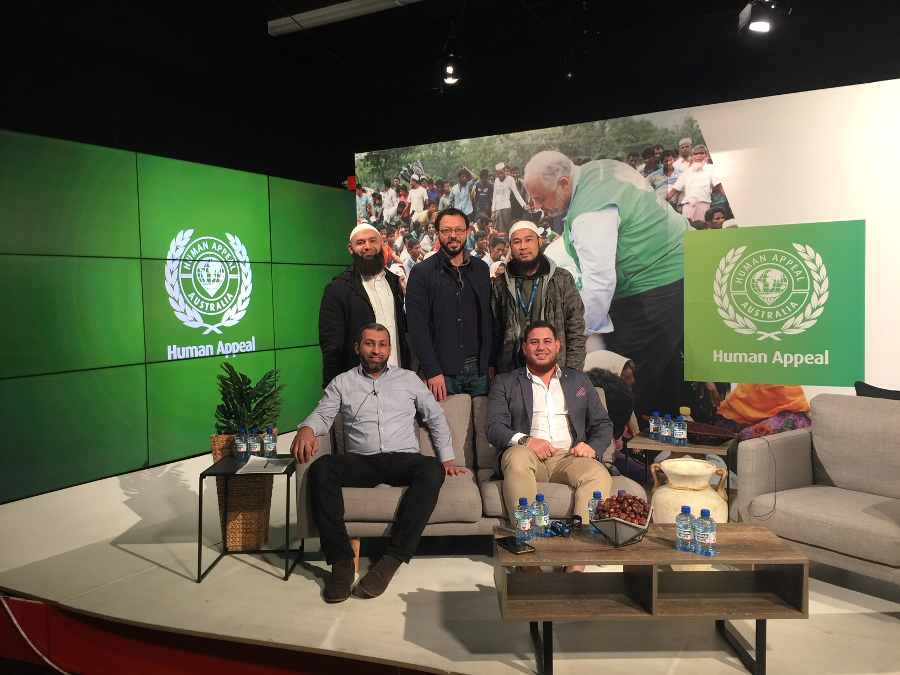 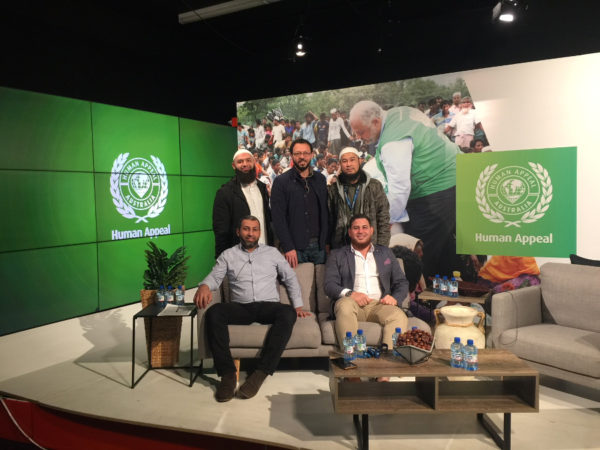 On Friday 8th of June 2018, one of the best blessed nights of Ramadan at 9:30 pm Sydney Local Time, Human Appeal Australia in partnership with OnePath Network ran a live-stream fundraising campaign on the social media channels Facebook, YouTube and Instagram. The fundraiser was also broadcasted live on the Voice of Islam Radio in Sydney in a quest to help save lives, relieve hunger and provide shelter to the needy in Burma, Syria and Gaza.

An all-star lineup came together to help raise funds for the Rohingyas in Burma, conflict victims in Syria and Gazans suffering a ten-year long blockade.

The event was co-hosted by Ali Kadir, Human Appeal’s Adelaide branch manager and famous media personality Steve Dabliz, who introduced the work of the international humanitarian development charity working locally and globally for the last 27 years.

Canterbury-Bankstown Councillor, Bilal El-Hayek joined the event reflecting on his heart-breaking visit to a refugee camp in Lebanon. He was followed by Sheikh Shady Alsuleiman, president of the Australian National Imams Council (ANIC) who spoke inspiringly about the importance of giving charity during the blessed month of Ramadan.

The Director of Human Appeal Australia, Bashar Al-Jamal shared his experience of visiting a Rohinygan Camp inside Burma just before Ramadan. Mr Al-Jamal spoke about the difficult challenge of gaining access to the camp as well as the absolute desperation he witnessed with refugees suffering from the lack of food and clean water, proper shelter and medical aid.

Community ambassador of the AFL team the GWS Giants, Ali Faraj outlined the role of the society in helping those in need and how giving charity provides an optimistic outlook for the greater community.

Sheikh Yahya Ibrahim, a chaplain from Perth, explained the differences between sadaqah (voluntary charity) and zakat (obligated charity) in an elucidating and understandable manner.

Next Dr Zachariah Matthews, instructor with Deen Academy, spoke about his experience visiting Syrian refugees in Jordan who were living in tents and the daily struggles they had to endure. He emphasised the need for specific projects like housing with the building of units to replace the miserable situation of refugees having to live in tents.

Director of Projects at Human Appeal, Issam Chaouk talked about his recent field visit to the Syrian-Turkish border delivering tons of flour and aid to the displaced Syrian refugees inside Syria.

Dr Yusuf Assem, a long-time volunteer with the charity shared observations of a trip to refugees in Jordan describing a case of a mother of eight orphans struggling to pay accumulated debts of rent and water bills. He described the joyous relief of the mother when a group of generous donors helped pay her debts.

The live-stream event was wrapped up with few words by Omar Al-Jamal from Human Appeal. Omar mentioned the occasion when he helped deliver aid in Hatai, Turkey to Syrian refugees where he met a child by the name of Abdul Hamid who had lost his father as well as both of his legs in air strike. Omar shared the great news that Human Appeal was able to provide Abdul Hamid with artificial legs and a buggy to help him go to school and play with other children.

During the program the hosts frequently called upon the audience to act and donate generously towards the allocated projects to be implemented in Burma, Gaza and Syria – helping to save lives, providing hunger relief and proper shelter.

Even though this Ramadan has left us, you can still take its benefit forward by donating now to those in need!