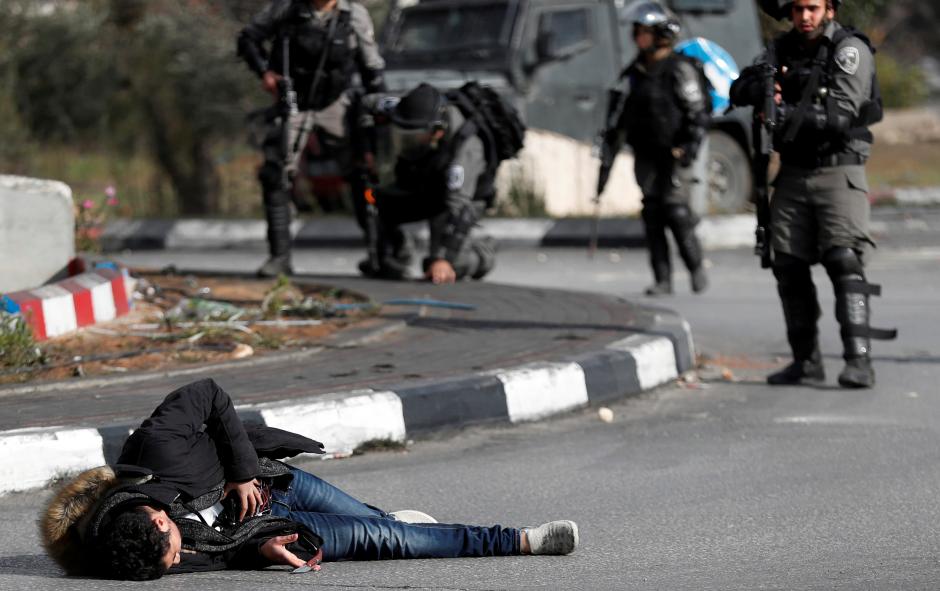 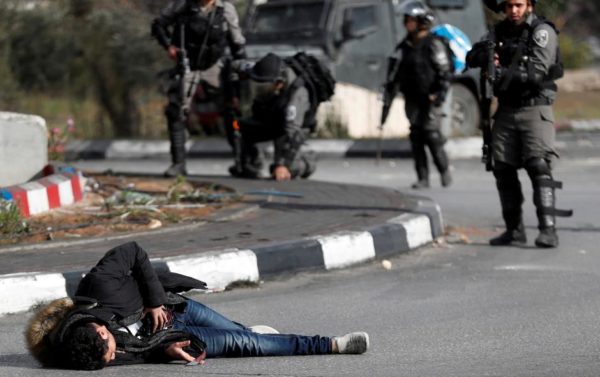 GAZA — Israeli troops shot dead four Palestinians on the Gaza-Israel border on Friday, bringing to 35 the death toll in recent weeks among Palestinian protesters demanding the right to return to their former homeland.

Gazans used catapults and sling-shots to launch stones at Israeli forces, and some Palestinians brought wire-cutters to cut through the border fence, ignoring leaflets dropped by the Israeli military warning residents not to approach the frontier.

U.N. Middle East envoy Nickolay Mladenov wrote on Twitter: “It is outrageous to shoot at children! How does the killing of a child in Gaza today help peace? It doesn’t! It fuels anger and breeds more killing. Children must be protected from violence, not exposed to it.”

In response, a retired former Israeli army spokesman, Peter Lerner, tweeted suggestions to Mladenov, including: “Please go to Gaza, engage Hamas and get them to stop sending people to the fence.”

The planned six-week protest campaign reached its half-way point on Friday, which saw smaller crowds than in recent weeks.

As the numbers peaked during the afternoon, Israeli soldiers called out warnings in Arabic over loudspeakers to anyone who approached the border fence.

Black plumes of smoke from piles of burning tires billowed over the area, and stretcher-bearers rushed to carry the wounded to first aid posts.

The protest began on March 30, and has seen tent encampments spring up near the Israeli-imposed restricted zone along the 40km (25-mile) border fence. The protesters have revived demands for Palestinian refugees to regain their ancestral homes in what is now Israel.

The protests are scheduled to culminate on May 15, when, according to Hamas leader Ismail Haniya, the Gaza scenes would be replicated elsewhere on Israel’s frontiers.

Israel’s use of live fire has drawn international criticism but the Israeli government says it is protecting its borders and takes such action when protesters come too close to the border fence.

The Israeli military said that around 3,000 Palestinians were involved in the latest protest, and that its troops responded “with riot dispersal means and are firing in accordance with the rules of engagement.”

Israel accuses Hamas, the Islamist militant group which rules Gaza, of staging riots and trying to carry out attacks. Hamas denies this. Although organizers say the main protest is intended to be peaceful, some protesters have advanced toward the border from the encampments to hurl stones and burning tires near the fence.

On Friday they fitted kites with cans of flammable liquid, which they flew across the border to start fires in Israel.

“We aim to distract the soldiers from shooting and wounding or killing our people,” said Mohammad Abu Mustafa, 17, who lost his right leg a few months ago after being shot by an Israeli soldier.

Israel’s Foreign Ministry tweeted a photograph of one kite daubed with a swastika flying through the sky trailing flames.

More than 2 million Palestinians are packed into the narrow coastal enclave. Israel withdrew its troops and settlers from Gaza in 2005 but maintains tight control of its land and sea borders. Egypt also restricts movement in and out of Gaza on its border.

The protest campaign, dubbed The Great March of Return, is leading up to May 15, when Palestinians mark Nakba Day, or the Day of Catastrophe, commemorating their displacement around the time of Israel’s founding in 1948.

It takes place at a time of growing frustration over the prospects for an independent Palestinian state. Peace talks between Israel and the Palestinians have been stalled for several years and Israeli settlements in the occupied territories have expanded.

In an apparent sign of concern over the bloodshed on the border, the Israeli-American Hollywood actress Natalie Portman announced she was pulling out of a ceremony in Israel to accept a million-dollar prize because of “distressing” events in the country.

In a statement, the Genesis Prize Foundation quoted a representative for Portman as saying: “Recent events in Israel have been extremely distressing to her and she does not feel comfortable participating in any public events in Israel.”

It gave no further details of her reasons. But the foundation said it “admires her humanity, and respects her right to publicly disagree with the policies of the government of Israel.”

Israel’s culture minister, Miri Regev, suggested the actress was supporting the boycott, divestment and sanctions (BDS) movement, which aims to isolate Israel economically over its treatment of Palestinians. Israel sees the BDS movement as an attempt to delegitimize it.

The Genesis Prize is awarded to individuals for excellence in their professional fields and “who inspire others through their dedication to the Jewish community and Jewish values.”