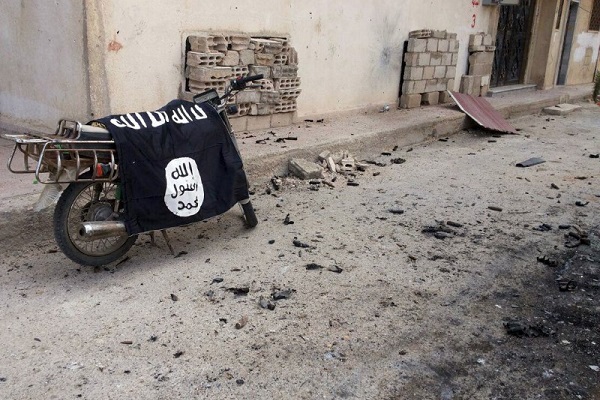 A flag belonging to the Islamic State fighters is seen on a motorbike after forces loyal to Syria's President Bashar al-Assad recaptured the historic city of Palmyra, in Homs Governorate in this handout picture provided by SANA on March 27, 2016. REUTERS/SANA/Handout via Reuters

The Syrian Arab Army (SAA) uncovered a large weapons depot belonging to ISIS in the eastern countryside of the Homs Governorate, Syrian state TV reported on Monday, October 16, according to Al-Masdar News.

Based on the footage released by Syrian state TV, the captured Islamic State depot in east Homs contained some Israeli manufactured weapons.

The Syrian Arab Army seized this weapons depot in eastern Homs while carrying out operations around Homs-Hama axis in central Syria.

Since capturing this depot, the Syrian Arab Army has cleared the last ISIS pocket in eastern Hama, ending the latter’s presence in this rugged area.