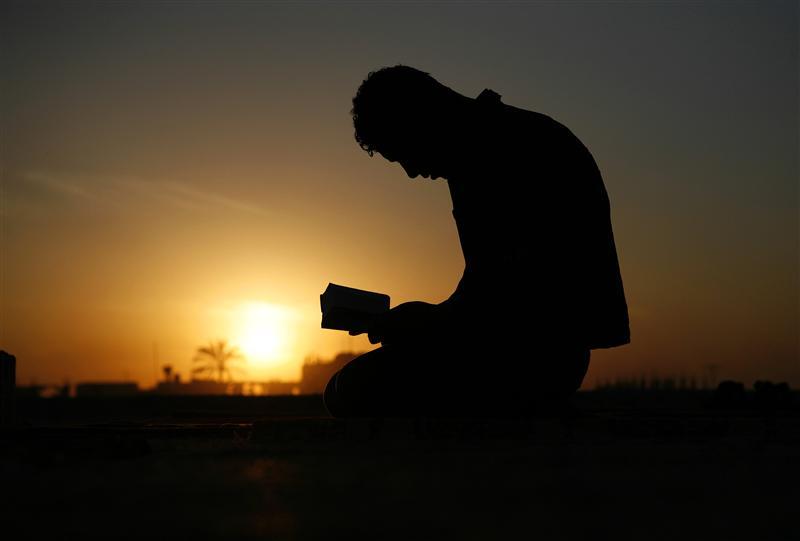 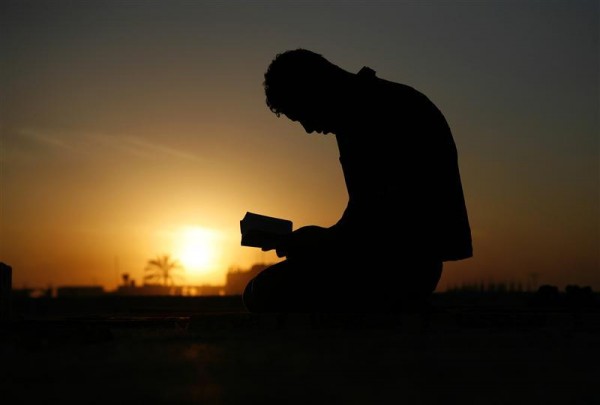 “Say to the believing men that they should lower their gaze and guard their private parts; that will make for greater purity for them. Indeed Allah is well acquainted with all that they do.” [an-Nur (24):30]

So Allah made purification and spiritual growth to be the outcome of lowering the gaze and guarding the private parts. It is for this reason that lowering ones gaze from (seeing) the prohibited things necessarily leads to three benefits that carry tremendous value and are of great significance.

The First: experiencing the delight and sweetness of faith.

This delight and sweetness is far greater and more desirable that which might have been attained from the object that one lowered his gaze from for the sake of Allah. Indeed, “whosoever leaves something for the sake of Allah then Allah, the Mighty and Magnificent, will replace it with something better than it.”

The soul is a temptress and loves to look at beautiful forms and the eye is the guide of the heart. The heart commissions its guide to go and look to see what is there and when the eye informs it of a beautiful image it shudders out of love and desire for it. Frequently such inter-relations tire and wear down both the heart and the eye as is said:

When you sent your eye as a guide
for your heart one day, the object of sight fatigued you,
For you saw one over whom you had no power,
Neither a portion or in totality; instead you had to be patient.

Therefore when the sight is prevented from looking and investigating the heart finds relief from having to go through the arduous task of (vainly) seeking and desiring.

Hence the heart begins to worship that which is not correct for it to worship and the reason behind all of this was an illegal glance. The heart is now bound in chains whereas before it used to be the master, it is now imprisoned whereas before it was free. It has been oppressed by the eye and it complains to it upon which the eye replies: I am your guide and messenger and it was you who sent me in the first place!

All that has been mentioned applies to the heart that has relinquished the love of Allah and being sincere to Him for indeed the heart must have an object of love that it devotes itself to. Therefore when the heart does not love Allah Alone and does not take Him as its God then it must worship something else.

“Thus (did We order) so that We might turn away from him all evil and indecent actions for he was one of Our sincere servants.” [Yusuf (12): 24]

It was because the wife of al-Azeez was a polytheist that (the passionate love) entered her heart despite her being married. It was because Yusuf (AS) was sincere to Allah that he was saved from it despite his being a young man, unmarried and a servant.

The Second: the illumination of the heart, clear perception and penetrating insight.

Ibn Shuja` al-Kirmanee said, “whosoever builds his outward form upon following the Sunnah, his internal form upon perpetual contemplation and awareness of Allah, he restrains his soul from following desires, he lowers his gaze from the forbidden things and he always eats the lawful things then his perception and insight shall never be wrong.”

Allah mentioned the people of Lut and what they were afflicted with and then He went on to say,

The Mutwassimeen are those who have clear perception and penetrating insight, those who are secure from looking at the unlawful and performing indecent acts.

Allah said after mentioning the verse concerning lowering the gaze:

The reason behind this is that the reward is of the same type as the action. So whosoever lowers his gaze from the unlawful for the sake of Allah, the Mighty and Magnificent, He will replace it with something better than it of the same type. So just as the servant restrained the light of his eye from falling upon the unlawful, Allah blesses the light of his sight and heart thereby making him perceive what he would not have seen and understood had he not lowered his gaze.

This is a matter that the person can physically sense in himself for the heart is like a mirror and the base desires are like rust upon it. When the mirror is polished and cleaned of the rust then it will reflect the realities (haqa`iq) as they actually are. However if it remains rusty then it will not reflect properly and therefore its knowledge and speech will arise from conjecture and doubt.

The Third: the heart becoming strong, firm and courageous.

This is why the one who follows his base desires shall find in himself the ignominy of the soul, its being weak, feeble and contemptible. Indeed Allah places nobility for the one who obeys Him and disgrace for the one who disobeys Him:

“So do not lose heart nor fall into despair; for you must gain mastery if you are true in faith.” [ali Imran(3): 139]

Meaning that whosoever seeks after disobedience and sin then Allah, the Might and Magnificent, will humiliate the one who disobeys Him.

Some of the salaf (first three generations of Muslims) said, “the people seek nobility and power at the door of the Kings and they will not find it except through the obedience of Allah.”

Tags: Allaah delight and sweetness of faith firm and courageous guarding the private parts Ibn Shujaa` al-Kirmaanee illumination of the heart Mutawassimeen perception and penetrating purification and spiritual growth the Mighty and Magnificent Virtue of Lowering the Gaze