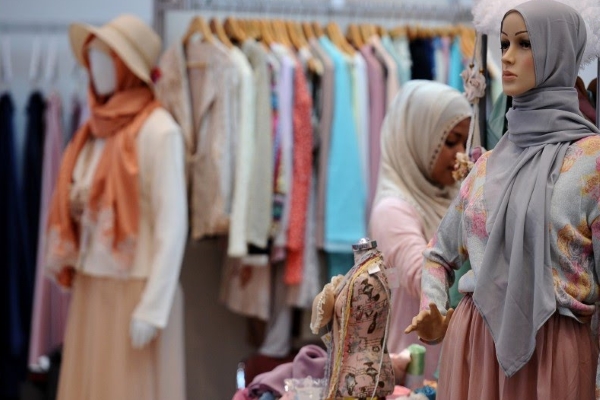 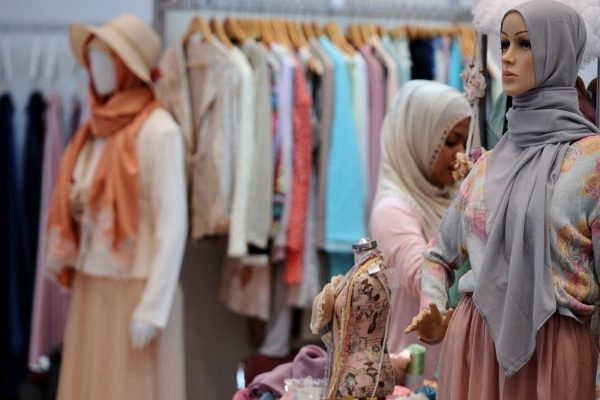 In the modern-day culture wars over Islam’s place in America, fashion has become a flashpoint. Should Muslim women in the U.S. publicly show their faith with garments, from hijabs to burkinis?

If the marketplace is any indication, that debate has been settled: Muslim fashion is here to stay.

The mass-market retailer Uniqlo last weekend rolled out its fourth collection done in collaboration with Anglo-Japanese designer and practicing Muslim Hana Tajima. The Tajima collection for spring and summer features headscarves, tunics and flowing pants in prints and solid colors. After debuting in Southeast Asia in 2015, it came to Uniqlo stores in New York, Chicago and Florida in 2016. And this year the collection is available in Canada.

Modest fashion — the term for a wide range of clothing that caters to women who prefer looser garments or more coverage — is now within the mainstream. Muslim consumer spending on clothing was estimated at $243 billion in 2015, or 11 percent of the global total on apparel, according to last year’s State of the Global Islamic Economy Report from Thomson Reuters.

Demographics are one reason retailers are paying attention. Worldwide, the Muslim population is growing twice as fast as non-Muslims, and nearly two-thirds of Muslims are currently under 30, according to the Pew Research Center.

“In today’s world, Muslims have the largest population of millennials, and they’re demanding to be more and more stylish,” said Alia Khan, chairwoman of the Islamic Fashion and Design Council (IFDC). “No one’s gone unscathed with the selfie thing. That’s very much a part of the lifestyle today.”

Many designers are now catering to the needs of Muslim consumers and fashionistas. Western designers are recent arrivals to this market: In the past three years, Burberry, Mango and DKNY have each introduced a limited-edition “Ramadan collection,” and last year couturier Dolce & Gabbana released a line of hijabs and abayas.

But the spread of Uniqlo’s collection to U.S. stores marks a new milestone. Its parent company, Fast Retailing, is the third-largest apparel brand in the world, with $17.3 billion in sales last year, according to company filings. And where other labels have specifically targeted observant customers, Uniqlo’s modest line makes no mention of religion, focusing instead on the garments’ versatility, look and comfort.

“Many of these items could be worn by anyone — you don’t have to be of a particular faith to wear these clothes,” said Hazel Clark, a professor of design studies and fashion studies at Parsons School of Design.

That strategy seems to have paid off. Less than a week after Uniqlo’s collection went on sale, nearly all the items online show a “low stock” indicator.

“There are sensitivities, as we know, particularly in the U.S., around identification of people of the Muslim faith,” Clark continued. “Uniqlo presumably are conscious of that aspect and also [know] if they label these items as specifically anything, they are narrowing their market.”

Clark noted that the U.S. has significant numbers of women who prefer to dress modestly but aren’t Muslim, including observant Christians and Orthodox Jewish women.

The IFDC’s Khan said the industry’s awakening to the presence of modest consumers is similar to what happened with plus-size women. For years, labels focused on marketing to sizes 16 and under, whereas two-thirds of women actually wear a larger size.

“The market has a habit of doing that, where they’ll wake up and say, ‘this is huge!’” she said. “We’ve always been there.”

By Khan’s account, Western fashion houses started searching for more creative marketing opportunities after the 2008 financial crisis, which sent the sector into a slump that, for many retailers, hasn’t ended. For some, modest fashion was an added revenue stream that has since gained importance.

“If you know this market,” Khan said, “you know that very rarely would a consumer veer away from it. Once they’re committed, they’re committed. It’s a very coveted consumer. Once you win them over, you’ve got a customer for life.”