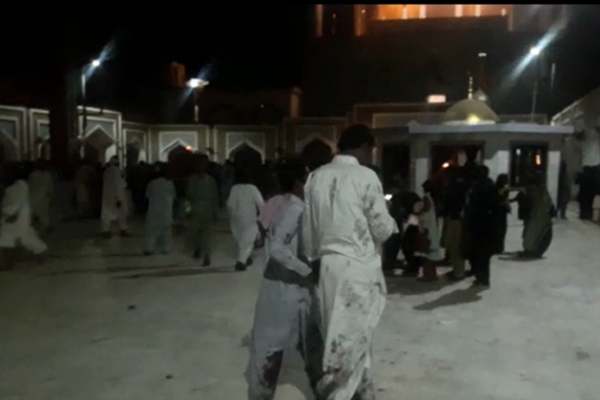 Isis claimed responsibility for the massacre via its Amaq news agency, saying a “martyr of the Islamic State” detonated his vest at what the group described as a “Shia gathering”.

A senior Pakistani police official says the death toll from an ISIS suicide bombing on February 16 at a crowded Sufi shrine in southern Pakistan has risen to 72 people, with more than 100 others wounded.

Prime Minister Nawaz Sharif immediately condemned what he described as an attack on Lal Shahbaz Qalandar — a Sufi philosopher and poet who has a shrine built in his honor at the site of his tomb in the town of Sehwan Sharif in the southern province of Sindh.

Senior police officer Shabbir Sethar said from a local hospital in Sehwan Sharif, that “at least 72 are dead and over 150 have been wounded,” many of them seriously.

Sethar said the death toll is likely to rise further.

The attack at the Lal Shahbaz Qalandar shrine is the deadliest in a wave of bombings to hit Pakistan during the past week as the Pakistani Taliban and other extremist Islamist militants carry out threats of a new offensive.

Thousands of devotees of Qalandar visit his tomb in Sehwan Sharif every Thursday — and the shrine was particularly crowded on February 16, just three days before the 742nd anniversary of his death on February 19, 1275.