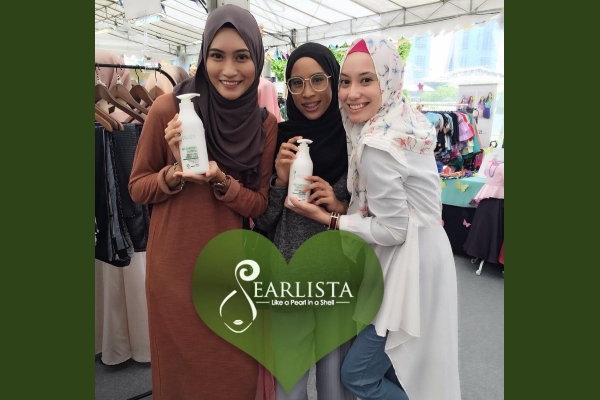 The lack of female-only salons for Muslim women who wear headscarves prompted Ms Nurashikin Jasni to open her own in 2014.

But the former TV personality, who goes by the name of Nura J, is quick to dispel the notion that “us hijab-wearing ladies are conservative and our needs are basic”.

Her salon Pearlista caters to both function and fashion at its two outlets in Eunos and Clementi; “funky” hair colours, chic pixie cuts and shaved sides are some of the requests that customers have made.

Ms Nura, 34, also developed a shampoo line to combat common issues that women who wear hijabs face, such as itchy scalp and hairfall.

The mother of two is part of what British-Muslim author Shelina Janmohamed calls Generation M – young Muslims who are increasingly educated, entrepreneurial and keen to live in the modern world.

Muslims make up a large but relatively untapped consumer segment, which is being driven by a growing young Muslim population centred in countries with a rising middle class, Ms Janmohamed told The Straits Times.

The latest State of the Global Islamic Economy Report states that the global Muslim population is expected to grow from 1.7 billion in 2014 to 2.2 billion by 2030, when nearly a third of people between 15 and 29 are projected to be Muslim. Global spending by Muslims last year was US$1.9 trillion (S$2.7 trillion), mainly in food and beverage, fashion, media and recreation, travel and pharmaceuticals and cosmetics.

Generation M consumers are looking for brands to be more sophisticated in their engagement, rather than just sticking a halal label on products, said Ms Janmohamed, who is also vice-president of Islamic branding consultancy Ogilvy Noor.

Big brands have been slow to respond, in part because they “feel a bit nervous about stepping into a domain which is far too often thought about in terms of politics rather than consumer identity”, she said.

Some have caught on, such as Japanese retailer Uniqlo. Last year, it collaborated with British-Muslim designer Hana Tajima to launch a line for Muslim women. But it is still early days, said Ms Janmohamed, 42.

The gap has opened up opportunities for Muslim entrepreneurs, such as Singaporean Mikhail Goh.

During a trip to Seoul in 2013, Mr Goh, a recent convert to Islam, found it difficult to find halal food options. “I found that there was scattered information on the Web, but no rich content to help travellers make decisions,” said Mr Goh, 27.

Last year, he quit his job in marketing and co-founded Have Halal Will Travel, a media technology firm that produces travel and food guides for Muslim travellers.

It relies mainly on freelance writers abroad, though readers are encouraged to contribute to and improve articles.

“Generation M travellers are increasingly venturing out to places like Iceland, and I think in the future they will play a big part in driving travel trends,” he said.

Added Ms Nura: “The market size is too large for big brands to continue ignoring us. They should be bold. Muslim consumers are very open to try things, as long as it does not compromise our faith.”