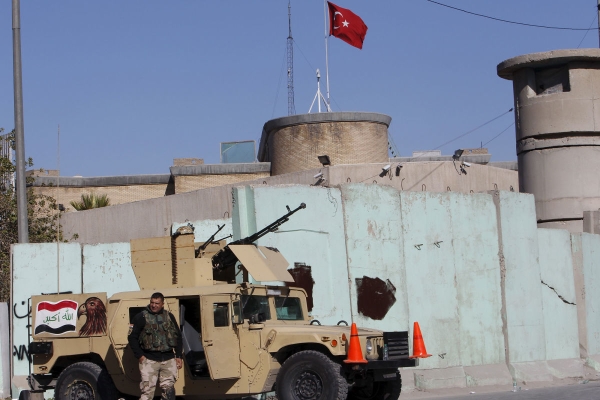 Abadi, who spoke at news conference Tuesday evening, was reacting to the Turkish parliament’s decision last week to extend a mandate that allows military operations against terrorist organizations in Iraq and Syria for another year.

“We have asked more than once the Turkish side not to intervene in Iraqi matters and I fear that the Turkish adventure could turn into a regional war,” Abadi said.

“The Turkish leadership’s behavior is not acceptable and we don’t want to get into a military confrontation with Turkey.”

Turkey says it deployed troops at a base in northern Iraq late last year as part of an international mission to train and equip Iraqi forces to fight against Islamic State which controls vast territory south of the border region, around the city of Mosul, and also in neighboring Syria.

The Iraqi government says it never invited such a force and considers the Turkish troops as occupiers.