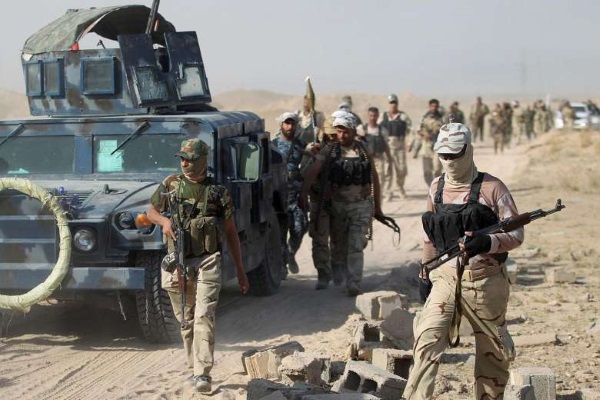 IRBIL – United Nations officials are worried about thousands of families who may be trapped in Fallujah, as Iraqi forces start an offensive to retake the city from Islamic State (ISIS/IS) militants.

“Now that the shelling has started, we understand people are desperately trying to leave,” Lise Grande, the U.N. Humanitarian Coordinator for Iraq told VOA.

Grande said some 30 families, more than 100 people, had managed to escape on May 21 before the aerial bombardment started.

Others are reported to have died trying.

People have been fleeing via exit routes identified by the Iraqi army. Some 10,000 families, or roughly 50,000 people are believed to be still trapped in the city, caught between Iraqi forces and Islamic State militants.

“We are desperately worried that civilians will be killed as a result of airstrikes, artillery and crossfire,” Grande said, speaking on the phone from Istanbul where she was attending the World Humanitarian Summit. “We also have reports from key informants on the ground that civilian populations are being prevented from leaving and are being used as human shields. This is completely unacceptable.”

The U.N. mission for Iraq has been warning of deteriorating humanitarian conditions in the city, with residents unable to get even basic supplies.  Aid has not reached the city since December, when supply routes were cut off by Iraqi forces and armed groups.

Iraq’s military has called on residents trapped in the city to mark their locations with white flags, as Iraqi ground troops begin moving to end a months-long siege of the Islamic State stronghold.  Combat aircraft are supporting the troops.

Fallujah was the first city in Iraq to fall to ISIS extremists in January 2014 and the group is well entrenched.

“The Iraqi flag will be raised high over the land of Fallujah,” Abadi declared on national television Sunday night.

The embattled prime minister stood side by side with the nation’s top military commanders and counterterrorism forces as he spoke.

The traditional Sunni city is an important base for Islamic State in Iraq’s vast western Anbar province and the battle to retake it will likely be a harsh one.

The operation to retake the city is expected to include an array of Iraqi forces, including the army, counterterrorism troops, Sunni volunteer fighters and powerful Shi’ite militias.

U.S. airstrikes have been pounding ISIS targets in and around the city for weeks.  The U.S. military spokesman in Baghdad, Col. Steve Warren, has said that clearing Anbar of ISIS would contribute to the security of the capital, Baghdad.

ISIS could go into hiding

Islamic State has been steadily losing physical ground as the fight to defeat the militants in both Iraqi and Syria has intensified.

According to The Soufan Group, or TSG, which specializes in strategic security intelligence, the extremist group will likely react to its current losses by going underground until conditions allow it to appear again.

“Despite collective military action against the Islamic State’s strongholds, the vacuums, divisions, and tensions that fueled the group’s rise are as bad as ever,” TSG wrote Monday.

The Fallujah operation comes as Prime Minister Abadi faces a serious challenge to his leadership aggravated by a series of bombings in the capital that have left more than 100 people dead.

Anti-government street protests galvanized by Shi’ite cleric Muqtada al-Sadr have left the parliament in disarray and paralyzed most of the government.

The latest demonstration on Friday at the entrance of the fortified International Zone where the prime minister’s office is located ended in a hail of warning gunfire in the air, tear gas and stun grenades.