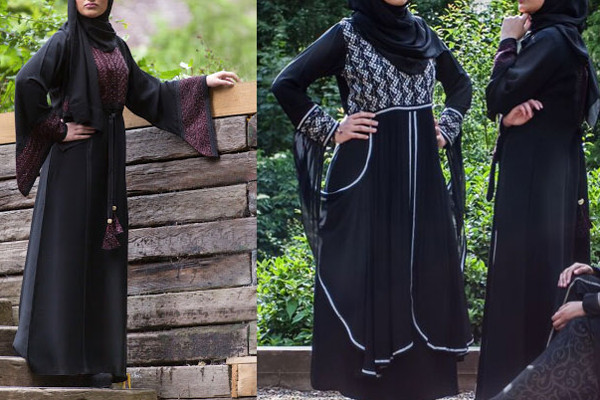 Islamic fashion has been creating style headlines in recent months. The year started with Dolce & Gabbana launching its first-ever collection of hijabs (head scarves) and abayas for the Middle East market. A few months earlier, H&M featured a hijab-wearing Muslim model, Mariah Idrissi, in one of its promo videos, and Mango launched a special Ramadan line last year. In the UK, M&S sells burkinis while Uniqlo stocks hijabs by Hana Tajima, a British Japanese-Muslim designer.

Being covered up in style is big business. According to the 2015-16 State of the Global Islamic Economy Report, Muslim consumers will be spending $327 billion on clothing by 2019 — more than the current combined clothing markets of the UK, Germany and India.

India with a Muslim population of 172 million is catching up with the trend. While brick and mortar stores continue to store the more conservative pieces, newly launched online portals like MyBatua.com, Abaaya.in, Islamicshop.in and Islamic-attire.com are selling designer abayas, hijabs, accessories like hijab pins, loose tunics, ankle-length skirts and baggy trousers to women who want to be modest yet modern. The prices range from Rs 1,500 to Rs 10,000.

Islamicshop.in caters to both domestic and international customers in the UK, Canada and Australia, says its CEO and founder Mohammed Maz. Launched last June, the portal, says Maaz, sells up to 100 abayas a month and 60% of the demand is from domestic buyers, mostly school and college girls. “They want to be in touch with their roots and identity and also look stylish,” says Maaz, a software engineer who has roped in NIFT grads to up the style quotient of the clothes he retails.

So how does one make the abaya — a loose, full-length, full-sleeved outer garment — look good? Online catalogues reveal abaya dresses and gowns with A-line silhouettes that accentuate the waist. Then there is the butterfly abaya that flares at the waist and tapers at the feet. Ruched and pleated abayas make for a formal look, while a multi-coloured tie-and-dye number can brighten up any occasion.

D&G incorporates polka dots, daisies, roses and lemons into its Middle East collection. Mango’s Ramadan line had long dresses in turquoise, lavender, black and white with intricate detailing and generous use of lace.

Middle-Eastern women’s love for fashion and labels is legendary. In 2015, sales of personal luxury goods in the region clocked $8.7 billion, according to a report by Bain & Company. In contrast, India’s fashion-conscious Muslim women may not be as affluent but they are making different sartorial choices. “The earlier generation of Muslim women were more conservative. But the new generation is open to new styles,” says Deepak Devanga, founder, Islamic-attire.com which gets around 200 orders for abayas each month from across India.

Mumbai-based Farheen Naqi, 23, runs a popular style blog where she shares her experiments with modest but modern fashion. In a recent post, she created a hip summery look by wearing a white crop top over a sand-coloured maxi dress and accessorising with a beige hijab, white sneakers and a blue satchel bag. She mixes and matches clothes that cover — trousers, long dresses and skirts, full-sleeved tops and tees — to create stylish ensembles.

Naqi started wearing a hijab last year. “When I was in college, I researched my religion and realized how modest dressing is essential for us. I decided to cover my head after mulling over it for a few months. It took a moment of courage to do it but now I don’t feel awkward,” says Naqi who shops for hijabs on international portals like Inayah and Hijab-Ista. She doesn’t wear an abaya but says she could her change her mind in the future.

Anam Farzeen, a final year literature student in Chennai, has a collection that includes abayas with cinched waists and bell sleeves. She likes to accessorise with hijab brooch pins. “I mix and match with the colour of my footwear and bag,” says Farzeen, who often shops on Islamicshop.in.

While Islamic fashion is making inroads, it has its detractors. Yves Saint Laurent’s longtime business and life partner Pierre Berge said he was “scandalized” by the concept. “Designers are there to make women more beautiful, to give them their freedom, not to collaborate with this dictatorship … by which we hide women,” he said in an interview.

Despite what the critics say, the small tribe of Indian hijabistas seems happy to marry fashion with tradition.