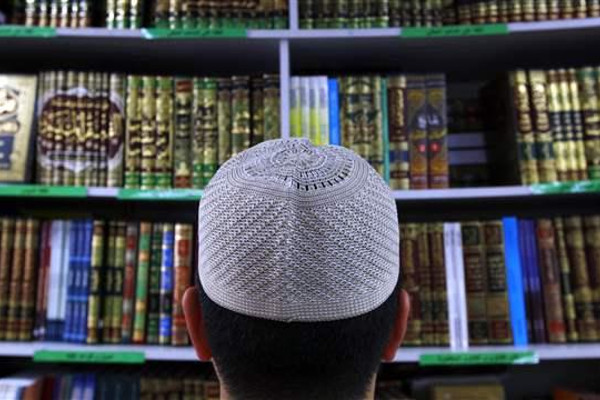 MV Editor’s Note: In our times when extremism is taking innocent Muslim and non-Muslim lives we can no longer afford to ignore the details of Sunni creed and what is means to be Sunni. ISIS, with their ability to attract Muslim youths and converts who know little about Sunni Creed and Law, can be seen as a sign from Allah that more of us should start taking the details of our Religion more seriously and not resort to the kind of denial that is expressed when people say things like “I am just a Muslim.” as if there are no sects or reasons for sects. Well there are sects and some of them, like those behind groups like ISIS and Al-Qaeda, are very astray and dangerous. We at MuslimVillage hope that articles like these will help spread awareness among Sunnis that the Sunni sect is the sect of moderation, inclusiveness, and tolerance and that it must be known, lived, and defended to prevent extremism, sectarianism, and intolerance from polluting the minds and taking the lives of Muslims and non-Muslims alike. May Allah grant us all success and forgive us our faults. This piece was written by the great contemporary Sunni scholar Sayyid Alawi al-Maliki of Saudi Arabia.

Many sons/daughters of Muslims are ignorant of the Ash’ari School, whom it represents, and its positions on the tenets of the Islamic faith and Theology (Aqidah), and yet some of them are not God-fearing enough to refrain from accusing it of deviance, departure from the religion of Islam, and heresy about the attributes of Allah. The ignorance of the Ash’ari school is a cause of rendering the unity of the Ahl al-Sunnah dispersing its ranks. Some have gone as far as to consider the Ash’aris among the categories of heretical sects, though it is beyond me how believers can be linked with misbelievers, or how Sunni Muslims can be considered equal with the most extreme faction of the Mu’tazilites, the Jahmites.

The Ash’aris are the Imams of the distinguished figures of guidance among the scholars of the Muslims, whose knowledge has filled the world from east to west, and whom people have unanimously concurred upon their excellence, scholarship, and religiousness. They include the first rank of Sunni scholars and the most brilliant of their luminaries, who stood in the face of the excesses commited by the Mu’tazilites, and who constitute whole sections of the foremost Imams of Hadith, Sacred Law, Quranic exegesis. Shaykh al-Islam Ahmad ibn Hajar ‘Asqalani (d. 852/1449; Rahimullah), the mentor of Hadith scholars and author of the book “Fath al-Bari bi sharh Sahih al-Bukhari“, which not a single Islamic scholar can dispense with, was Ash’ari. The shaykh of the scholars of Sunni Islam, Imam Nawawi (d. 676/1277; Rahimullah), author of “Sharh Sahih Muslim” and many other famous works, was Ash’ari. The master of Qur’anic exegetes, Imam Qurtubi (d. 671/1273; Rahimullah), author of “al-Jami’ li ahkan al-Qur’an“, was Ash’ari. Shaykh al-Islam ibn Hajar Haytami (d. 974/1567; Rahimullah), who wrote “al-Zawajir ‘an iqtiraf al-kaba’ir“, was Ash’ari. The Shaykh of Sacred Law and Hadith, the conclusive definitive Zakariyya Ansari (d. 926/1520; Rahimullah), was Ash’ari. Imam Abu Bakr Baqillani (d. 403/1013; Rahimullah), Imam ‘Asqalani; Imam Nasafi (d. 710/1310; Rahimullah); Imam Shirbini (d. 977/1570; Rahimullah); Abu Hayyan Tawhidi, author of the Qur’anic commentary “al-Bahr al-muhit“; Imam ibn Juzayy (d. 741/1340; Rahimullah); author of “al-Tashil fi ‘ulum al-Tanzil“; and others – all of these were Imams of the Ash’aris. If we wanted to name all of the top scholars of Hadith, Qur’anic exegesis, and Sacred Law who were Imams of the Ash’aris, we would be hard put to do so and would require volumes merely to list these illustrious figures whose wisdom has filled the earth from east to west. And it is incumbent upon us to give credit where credit is due, recognising the merit of those of knowledge and virtue who have served the Sacred Law of the Greatest Messengers (Allah bless him and grant him peace). What good is to be hoped for us if we impugn our foremost scholars and righteous forbearers with charges of aberrancy and misguidance? Or how should Allah give us the benefit of their scholarship if we believe it is deviance and departure from the way of Islam? I ask you, is there a single Islamic scholar of the present day, among all the PhD.’s and geniuses, who has done what Ibn Hajar ‘Asqalani or Imam Nawawi have, of the service rendered by these two noble Imams (May Allah enfold them in His mercy and bliss) to the pure Prophetic Sunnah? How should we charge them and all Ash’aris with abberancy when it is we who are in need of their scholarship? Or how can we take knowledge from them if they were in error? For as Imam Zuhri (d. 124/742; rahimullah) says, “This knowledge is religion, so look well to whom you are taking your religion from.”

Is it not sufficient for someone opposed to the Ash’aris to say, “Allah have mercy on them, they used reasoning (ijtihad) in figuratively interpreting the divine attributes, which it would have been fitter for them not to do”; instead of accusing them of deviance and misguidance, or displaying anger towards whoever considers them to be of the Sunni Community? If Imams Nawawi, ‘Asqalani, Qurtubi, Baqillani, al-Fakhr al-Din al-Razi, Haytami, Zakariyyah Ansari, and many others were not among the most brilliant scholars and illustrious geniuses, or of the Sunni Community, then who are the Sunnis?

I sincerely entreat all who call others to this religion or who work in the field of propagating Islam to fear Allah respecting the honour of the Community of Muhammad (Allah bless him and grant him peace) is possessed of goodness until the Final Hour, we are bereft of any if we fail to acknowledge the worth and excellence of our learned.”

In conclusion, the Ahl al-Sunnah wa’l Jama’ah are the true followers of the Prophet (Peace be upon him) and his Companions (Allah be pleased with them all), followed by by those who trod their path for the last 1400 years. It is in summary the followers of Imam Abu’l Hasan al-Ash’ari (Rahimullah) and Imam Abu Mansur al-Maturidi (Rahimullah) in Aqeedah, and this saved sect is represented by the adherents of one of the four schools – Hanafi, Maliki, Shafi’i and Hanbali today. This is the sect which has had the largest following throughout Islamic history as-Sawad al-Az’am) as confirmed by the Qur’anic and Ahadith based evidence and it will remain dominant until the Hour is established, inshaAllah.