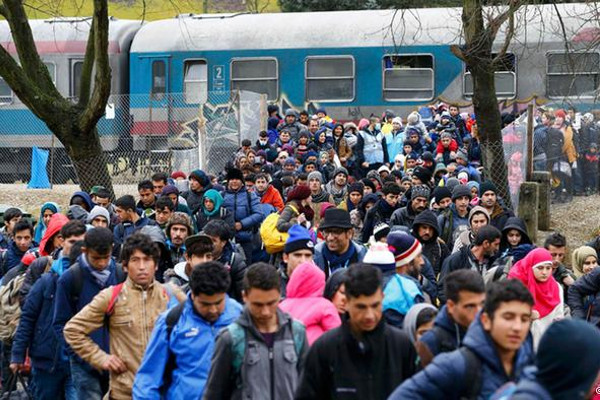 German Chancellor Angela Merkel warned Thursday, March 10 that closing the route used by migrants through the western Balkans “does not resolve the problem” and that this move is “not sustainable,” AFP reports.

“This situation is neither sustainable nor lasting,” she said.

“Personally I think that Austria’s unilateral decision, and then those made subsequently by Balkan countries, will obviously bring us fewer refugees, but they put Greece in a very difficult situation,” she said.

“If we do not manage to reach a deal with Turkey, then Greece cannot bear the weight (of migrants) for long,” she said, urging a “decision that is right for all 28” EU member states.

“That’s why I am seeking a real European solution, that is, a solution for all 28,” she stressed.

A controversial deal discussed with Turkey at an EU summit on Monday and due to be finalized on March 17-18 would see the country take back all illegal migrants landing in Greece.

Ankara proposed an arrangement under which the EU would resettle one Syrian refugee from camps in Turkey in exchange for every Syrian that Turkey takes from Greece, in a bid to reduce the incentive for people to board boats for Europe.

In return though, Turkey wants six billion euros ($6.6 billion) in aid, visa-free access to Europe’s passport-free Schengen zone and a speeding up of Ankara’s efforts to join the EU — demands that go too far for some.