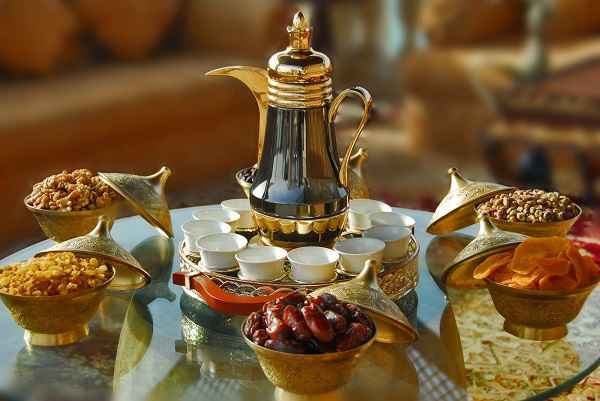 “Alhamdulillah! I don’t have guests.” Hearing this from my host when I visited her, I felt myself in an awkward situation. For a moment I couldn’t speak a word.

People start giving excuses as soon as they come to know someone is likely to visit them. “I am busy this weekend”, “I already have a tight schedule.”, “We have planned to go out.” and so on.

These days, many of us are over-committed and life seems running on a fast track whereby the arrival of a guest is no less than a traffic jam or a blockage.

Thus, hospitality seems fast disappearing and fading in some Muslim communities. Ethical behavior and the traditional hospitality it demands seem to have taken a back seat in this age of materialism. We seem to be transforming into machines with little feeling and affection for their fellow beings.

Yet, welcoming a guest is a significant part of Islamic etiquette. It entails concern and generosity of a host towards his/her guest. It is mandatory upon every Muslim to welcome his/her guest no matter Muslim or non-Muslim, rich or poor with a cheerful expression without least hint of imposition or unpleasantness.

In fact, generosity and hospitality are the right of a guest upon his host. By doing so, a host does no favor to his guest because the reward is directly from Allah. Indeed honoring the guest, in Islam, is tied to the faith of a true believer.

The host should show a modest, humble, and affable attitude towards his guest and not reveal any discomfort or inconvenience or even dullness before his guest. As an Islamic etiquette when the guest is departing, the host should see them off at least till the door.

The hospitality presented to a guest by two companions from the Ansar (Muslims of Madina) – Abu Talha and his wife (ra)- provides a beautiful example of this ethic:

A hungry man once approached the Prophet (pbuh). The Prophet (pbuh) asked his wives if they had anything to feed the hungry guest.  Each replied that they had nothing except water. The Prophet (pbuh) then asked his companion Abu Talha and Abu Talha welcomed the guest to his home. When he asked his wife if they had anything for the guest, the wife replied that they had very little only for the children. Abu Talha (ra) instructed his wife to bring the food, light the lamp and put the children to sleep. When they sat down for dinner, Umm Sulaym (ra) got up and pretending to fix the lamp, extinguished it. As the guest ate his meal, the couple pretended that they were eating as well. However, they had not touched the food, it was not enough.

The following day Prophet Muhammad (pbuh) gave them the great news that Allah had revealed a verse about them and their generosity:

“But those who before them, had homes (in Medina) and had adopted the Faith,- show their affection to such as came to them for refuge, and entertain no desire in their hearts for things given to the (latter), but give them preference over themselves, even though poverty was their (own lot). And those saved from the covetousness of their own souls,- they are the ones that achieve prosperity.” (Surah Al-Hashr; 59: 9)

Therefore we must always try our level best to make our guest feel comfortable and pleased. Certainly, Allah is Generous, and loves the generous ones and dislikes those who are unkind and mean.

Allah will shower His blessings upon us if we welcome our guests with respect and admiration, and will reward us on the Resurrection Day.

Allah says in the Quran:

“Has the story reached you, of the honored guests (three angels; Jibril along with another two) of Ibrahim?

When they came in to him and said: “Salam”, (peace be upon you)! He answered: “Salam”, and said: “you are a people unknown to me”. Then he turned to his household, and brought out a roasted calf (as the property of Ibrahim (as). And placed it before them, (saying): “will you not eat?”  (Surah Adh-Dhariyat; 24-27)

However, the guest too, has responsibilities and the host has rights. One of them is to announce his or her arrival in advance, and appreciate and enjoy whatever has been served. Never try to point your host’s weaknesses or faults. A guest also should never feel or show offense if a potential host cannot accommodate him or her. This point is made by many of the learned and overlooked by many people. And finally the guest should make a duaa (supplication) for the host, for his well-being and for rise in his provisions, in accordance with the example of the Prophet (pbuh).

These graces, when done seeking Allah, become actions of devotion since, as is well known, every permitted action carried out during the course of life can be raised to the status of devotion simply by having the intention and performing them as taught to us by Allah and the Prophet Muhammad (pbuh).

The teachings of the Prophet (pbuh) have given the mutual rights of the host and the guest in such a manner that preserves the honor and respect for both. Let us not make it awkward for anyone and keep it humble and unpretentious seeking to please Allah.