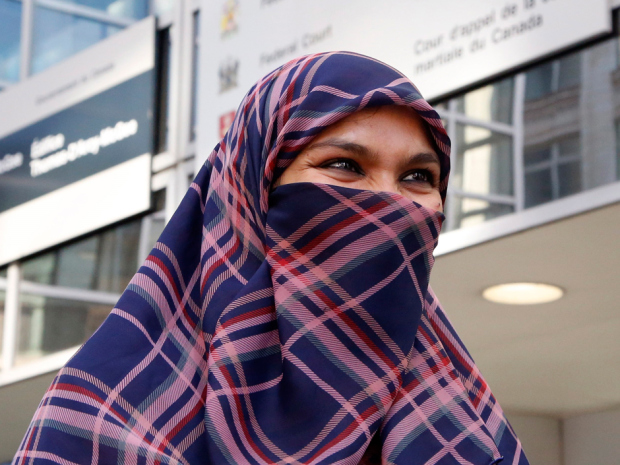 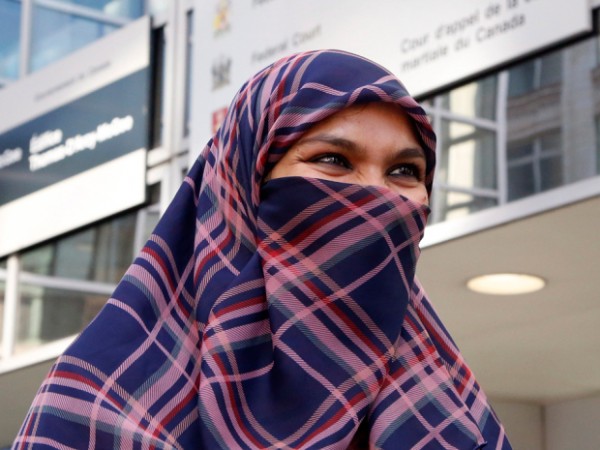 The woman at the centre of the niqab battle has told the Federal Court of Appeal she wants to get her citizenship by the Oct. 19 election so she can have a say in ‘‘how the country that I love so much should be run.” The federal government, though, argues the public interest in a delay outweighs any harm to her.

Two weeks ago, the appeal court upheld a lower-court ruling that overturned a federal ban on face-coverings for those taking the citizenship oath, paving the way for Zunera Ishaq to get her citizenship by Oct. 19.

But Ottawa immediately filed a motion seeking to stay that decision until the matter could be heard before the Supreme Court of Canada. As of Tuesday, no decision had been made on the stay request, but if it is granted, there is no chance Ishaq will become a citizen in time to vote.

“Given that my case has become such a topic of discussion in this election, I would be particularly hurt if I were not able to vote in it,” she wrote in an affidavit that was recently filed in court.

“I know that elections are usually held every four years in Canada and I would be extremely disappointed if I lost my right to vote in this federal election, especially since I believe that there are many issues of great importance being debated. I very much wish to exercise my democratic right to vote as it is very important to me.”

The lack of guidance from Canada’s top court on such a matter of public importance outweighs the harm to Ishaq from not being able to vote, lawyers representing the federal citizenship and immigration minister wrote in their court submissions.

“The public interest in enhancing the integrity of obtaining citizenship and promoting the broader Canadian values of having the oath recited publicly, openly and in community with others in this context outweighs the harm to (Ishaq) in being unable to vote in this election.”

Ishaq, a Pakistani national and permanent resident of Canada since 2008, has completed all the stages of citizenship, except the ceremony.

The woman, who lives in Mississauga, Ont., with her husband and three children, says she has no problem unveiling herself in private for purposes of identification and security, but does not believe she needs to do so for public ceremonies. A policy effectively requiring citizenship-ceremony participants to be seen taking the oath was introduced in December 2011.

In her affidavit, Ishaq, a devout Muslim who started wearing a niqab when she was 15, outlined how she has participated in her community to “my greatest ability,” helping to raise money for women’s shelters and hospitals, collecting food for food banks, planting trees, organizing park cleanups and volunteering with political campaigns.

“I want to further my commitment to my country by becoming a citizen,” she said. “The right to vote, in particular, is very important to me. I feel this is a way in which I can directly have a say in how the country that I love so much should be run.”

The niqab ban has become a heated issue on the campaign trail. Conservative Leader Stephen Harper has repeatedly said new citizens should show their faces at the moment they join the “Canadian family.” Liberal Leader Justin Trudeau and NDP Leader Tom Mulcair say they should not be forced to do so.

Public opinion polls have shown a majority of Canadians, especially those in Quebec, support the policy.

In their submissions, Ishaq’s lawyers said any further delays in granting citizenship will send a message to all veiled Muslim women “that they must choose between either their religious beliefs or their dreams of becoming a citizen.”

“Rewarding women with the prize of citizenship vilifies deeply held beliefs and serves to stigmatize some Muslim women who wish to remain veiled in public ceremonies.”