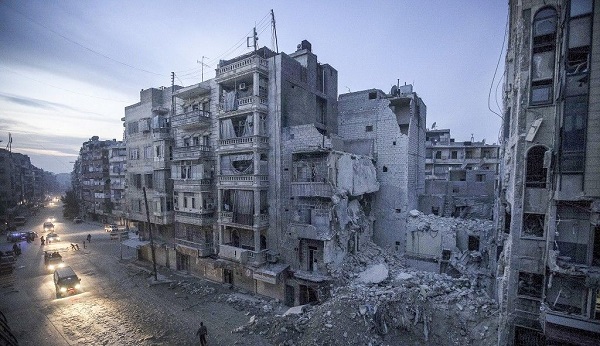 GENEVA— The International Commission of Inquiry on Syria is calling on states to curb the flow of weapons to armed groups, which it blames for fueling the war that has killed nearly one quarter of a million people in Syria since March 2011. The Commission has presented an oral update of its latest findings to the UN Human Rights Council.In a hard-hitting emotional presentation before the U.N. Human Rights Council, Commission Chair Paulo Sergio Pinheiro told members of the U.N. Council that Syria has fallen apart before their eyes.

“A nation has collapsed into the world’s most chaotic and lethal battlefield.  This war remains deadlocked as violence rips through the social fabric of Syrian society… This disintegration, this rending of a nation, is the price of doing nothing made manifest,” said Pinheiro.

Pinheiro said all warring parties are deliberately targeting civilians, who are the primary victims of this vicious conflict.  He described government bombardments of civilian areas and indiscriminate shelling by anti-government armed groups.

He accused the terrorist group Jabhat Al-Nusra of killings and torture of detainees. He also denounced what he called the unimaginable horrors inflicted by the so-called Islamic State on thousands of Yazidi women and girls. He said some as young as nine have been raped and beaten by the men who bought them.

He said the Syrian tragedy, which has now reached European shores, is the spiraling cost of the failure to bring Syria back to peace.

“Far worse, however, is the supply of money, weapons and training bestowed upon belligerents in Syria.  States supplying arms have legal, as well as moral, obligations.  Responsibility for crimes rests with the people who hold the weapons, and those who aid and abet by putting the weapons in their hands, be they State or non-State actors,” he said.

The Syrian government remained unmoved by these arguments and dismissed the report as biased and full of inaccuracies and accusations gathered from dubious sources. The Syrian representative said it was unacceptable to deny the Syrian state the right to combat what he called foreign sponsored terrorism.