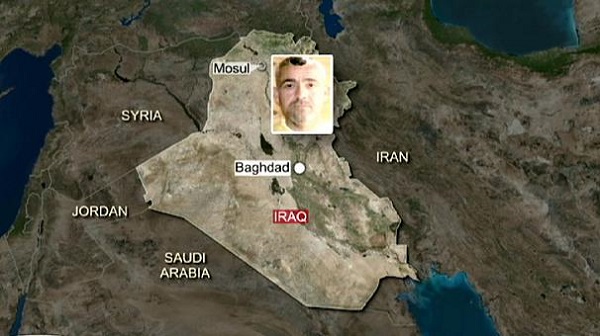 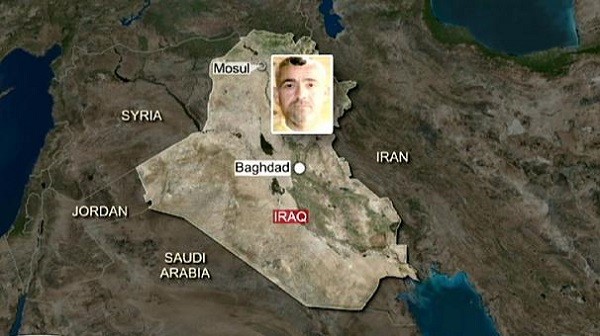 WASHINGTON— U.S. airstrikes raining on Iraq and Syria appear to have killed another top leader of the group known as the Islamic State (IS/ISIS/DAESH).

Officials said Friday the man thought to be the Islamic State’s second-in-command, Fadhil Ahmad al-Hayali, was killed August 18 while traveling near the Iraqi city of Mosul. An Islamic State media operative known as Abu Abdullah also was killed.

They say he also was responsible for moving large amounts of weapons, explosives, vehicles and fighters between Iraq and Syria, and that he played a critical role in planning the Islamic State’s offensive to take Mosul in June 2014. He also is sometimes known as Abu Muslim al-Turkmani.

Before the overthrow of longtime Iraqi dictator Saddam Hussein, al-Hayali was a lieutenant colonel in the Iraqi Army and an officer in the Iraqi Special Forces, according to a report by the Brookings Doha Center. The report says he is originally from Tal Afar in Nineva province.

This is not the first time, however, that al-Hayali has been reported dead. Late last year, a senior Defense Department official said al-Hayali appeared to have been one of three high-ranking Islamic State officials killed in a series of drone strikes in November and December.

Even if al-Hayali is dead, there are questions as to how much it will actually impact the Islamic State’s operations.

“Sometimes the elimination of certain top-level leaders does have a disproportionate impact because they bring a unique set of skills or connections to their job,” said Daveed Gartenstein-Ross at the Foundation for Defense of Democracies.

“But recent history cautions that leadership decapitation more often than not results in militant groups smoothly replacing those nodes in their networks,” he said.

And al-Hayali is not the first top-level Islamic State figure to be taken off the battlefield.

“Syrian rebels took out ISIS’ number two in Syria [Hajji Bakr] in January 2014,” said Aymenn Jawad Al-Tamimi, a fellow with the U.S.-based Middle East Forum, using a different acronym for the group. “This did not impede the group’s growth.”

“The fact is the top Islamic State officials, who are largely unknown to us, are designed to be replaceable,” he said.

Others say the NSC’s confirmation of al-Hayali’s death could be a sign that U.S. intelligence on the Islamic State, especially in Iraq, is getting better.

“We actually have a lot of allies in Iraq,” said Max Abrahms, a terror analyst  at Northeastern University and a member of the prestigious Council on Foreign Relations. “We’re working with the Kurds there. We have good relations with the Shia militia. We’ve got Iraqi Security Forces.”

U.S. officials also point to a special forces raid in eastern Syria in May, which killed Abu Sayyaf, described as a top Islamic State financial official, and resulted in the capture of his wife and the recovery of laptops and mobile phones, all giving intelligence officials a deeper look into the group’s operations.

Still, Abrahms, who has studied the impact of decapitation strikes, warns short-term success in taking out top Islamic State officials, like al-Hayali, could come at a cost.

“My research would predict that Islamic State would become even more indiscriminate in its use of violence,” he said.

“Groups seem to be more likely to direct their violence against civilian targets rather than military targets in the immediate aftermath of an operationally successful targeted killing,” Abrahms said.