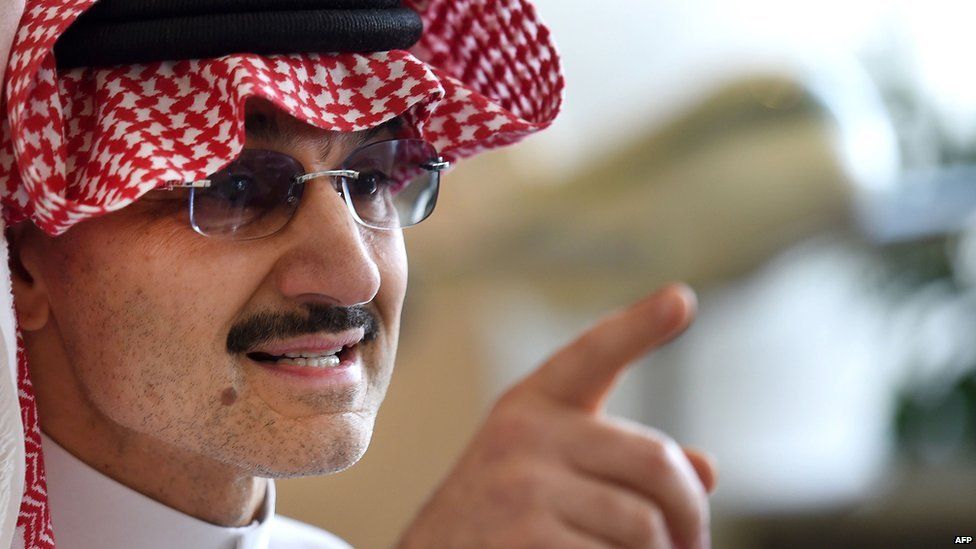 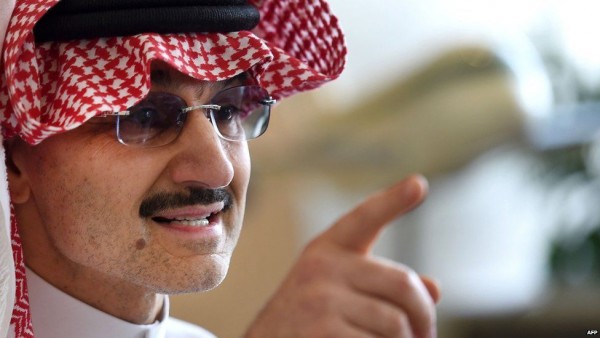 The 60-year-old nephew of King Salman is one of the world’s richest people.

He said he had been inspired by the Gates Foundation, set up by Bill and Melinda Gates in 1997.

The money would be used to “foster cultural understanding”, “empower women”, and “provide vital disaster relief”, among other things, he said.

Mr Gates praised the decision, calling it an “inspiration to all of us working in philanthropy around the world”.

Prince Alwaleed is at number 34 on the Forbes list of the world’s richest people.

The money will go to the prince’s charitable organisation, Alwaleed Philanthropies, to which he has already donated $3.5bn.

The prince, who does not hold an official government position, is chairman of investment firm Kingdom Holding Company.

The company owns stakes in hotels The Four Seasons, Fairmont and Raffles, as well as News Corp, Citigroup, Twitter and Apple.

The prince will be donating his personal wealth. “This is very much separate from my ownership in Kingdom Holding,” he said at the announcement.

“Philanthropy is a personal responsibility, which I embarked upon more than three decades ago and is an intrinsic part of my Islamic faith,” he added in a statement.

Prince Alwaleed’s announcement comes during the holy month of Ramadan, when Muslims are encouraged to give charity and help the needy.

He said the donation would take place over several years and would be overseen by a board of trustees, which he will head.