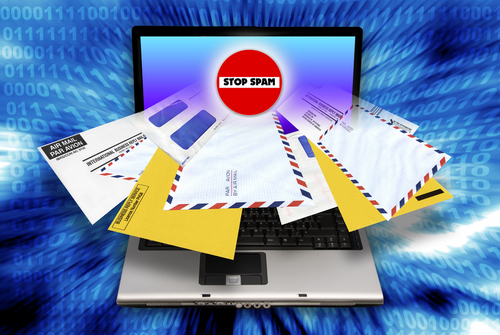 Nearly ten years back, when Internet and mobile phones were not as common as today, the sharing of information was done manually.

Many a time I would get a pamphlet with a sketch of some sacred coffin or grave-yard or other with instructions written to make 100 copies in order to get ten thousand rewards from Allah, and 500 copies earning fifty thousand rewards and so on, while ignoring it would supposedly result in severe punishment within a week.

People who easily believed in such quick rewards used to make thousands of copies and distribute them. On the other hand those who could not afford the full cost would make at least fifty copies in order to protect themselves from the supposed punishment.

Now we see almost the same thing happening in the age of the Internet.  This time it may be emails or messages on social media peppered with Islamic quote, hadiths or stories with a basically the same coercive instruction: you must share this to at least X number of people or else. Those kinds of letters are in reality just “junk” or “spam”.

In addition to the dishonesty and manipulation that has always been associated with chain letters whether those that were schemes to get money from people or the modern ones which can spread viruses and steal personal information, there is also a tendency of some Muslims today to look at chain letters as a kind of easy worship. They think just sharing and forwarding ahaadith, Quranic ayahs and Islamic quotes are identical to worshipping Allah.

Some are so much drowned in posting and sharing that sometimes they even neglect (or justify neglect of) their salah and other compulsory forms of worship.

Well! The intention of sharing is not bad but sometimes some people depend entirely on internet for each and everything. That might be misleading and deceiving. Instead of using common sense and looking into the authenticity of Islamic thoughts, their main purpose is just to share and show their religiosity.

Though promoting authentic religious messages containing hadiths and verses are lawful and virtuous, one must always check whether the message is correct before passing them on to others as one may be sinned for forwarding lies and untrue information endorsed to Islamic teachings.

In this is the age of fast communication and almost all of us have access to one or multiple means of communication. The most common means is the mobile phones which are almost used by everyone, every time and everywhere.

In fact, the Internet contains a treasure of valuable information, but it is often difficult to realize the good from the bad.

With easy accessibility, low price, and extensive distribution, the Internet is, at times a medium for spreading falsehood and inaccuracies. We must keep in mind that even a basically anyone can publish anything on the Web as easily as any other well-established publisher.

Since we get many messages containing falsehood with either no references or authentic source or with baseless orientations, sharing recklessly might yield opposite result.

“And do not pursue that of which you have no knowledge. Indeed, the hearing, the sight and the heart – about all those [one] will be questioned.” (Surah Al-Israa: 36)

We should be aware that there are potential harms associated with forwarding emails and the like and that sometimes people who hate Islam start these things with bad intentions.

In addition one must avoid forwarding messages that threaten “if you do not forward this, you will be sinned” etc.

Abu Hurairah (May Allah be pleased with him) narrated: The Prophet (pbuh) said, “It is enough for a man to prove himself a liar when he goes on narrating whatever he hears.”(Muslim -1547)

Everyone has his/her own personal views about different issues such as, politics, sports, educational discussions, but in Islamic matters we must follow what Allah(swt) and our beloved prophet(pbuh) has said.

Since we all know that the media is controlled by few hands whose interests are opposing to Islam. Therefore, we must be very careful and cautious before spreading anything.

“O you who believe! If a wicked person comes to you with any news, verify it, lest you should harm people in ignorance, and afterwards you become regretful for what you have done”. (Surah Al-Hujuraat: 6]