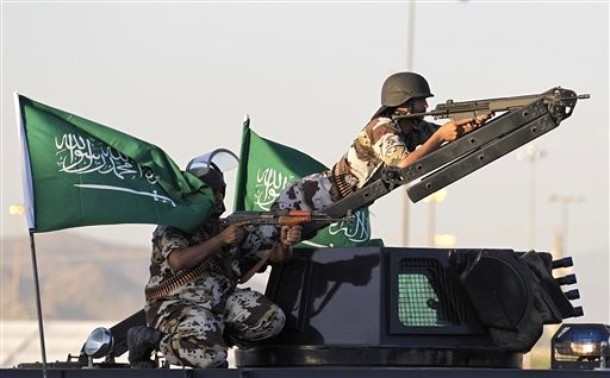 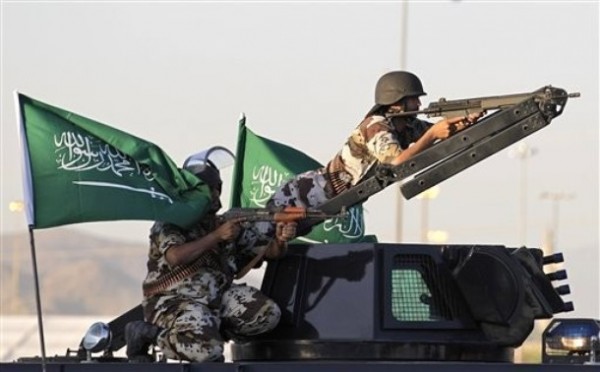 Saudi Arabia overtook India in 2014 as the world’s biggest importer of defense equipment, fuelled by tensions in the Middle East, according to a study published Sunday by respected analysts IHS Jane’s.

The figure has been driven by “unparallelled demand from the emerging economies for military aircraft and an escalation of regional tensions in the Middle East and Asia Pacific,” IHS expert Ben Moores said.

The report, which examines the defense market across 65 countries, found that Saudi Arabia spent more than $6.4bn on defense kit in 2014, overtaking India on $5.57bn.

Saudi Arabian imports increased by 54% over the past year and the study predicts that one out of every seven dollars spent on defense exports in 2015 will be spent by the Middle East kingdom.

Saudi Arabia and the United Arab Emirates (UAE) together imported $8.6bn of defense equipment in 2014, more than the imports of Western Europe combined.

The United States maintained its position as the top exporter, shipping $23.7bn of equipment, ahead of Russia on $10bn.

“The biggest beneficiary of the strong Middle Eastern market remains the US, with $8.4bn worth of Middle Eastern exports in 2014, compared to $6bn in 2013,” said the report.

Despite Russia’s strong performance, boosted by $2.3bn of sales to China, the study predicted tougher times ahead.

“A drop-off in exports is forecast for 2015 as major programmes draw to a close, a trend that could be accelerated by sanctions,” it said.

“Furthermore, falls in the oil price are set to have a devastating impact on some lead Russian clients who are vulnerable to low oil prices, such as Venezuela and Iran.”

“South Korea looks set to be the rising star of the Asia Pacific defense industry,” it concluded.