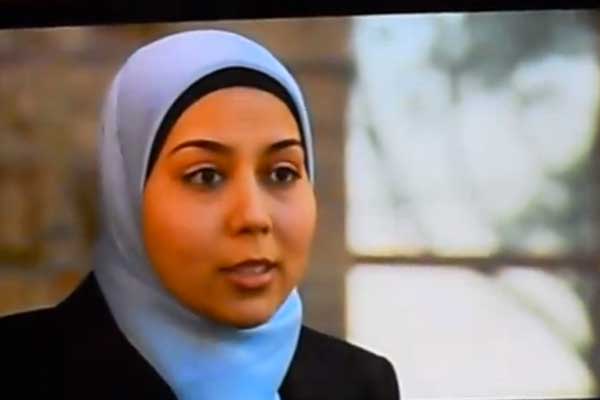 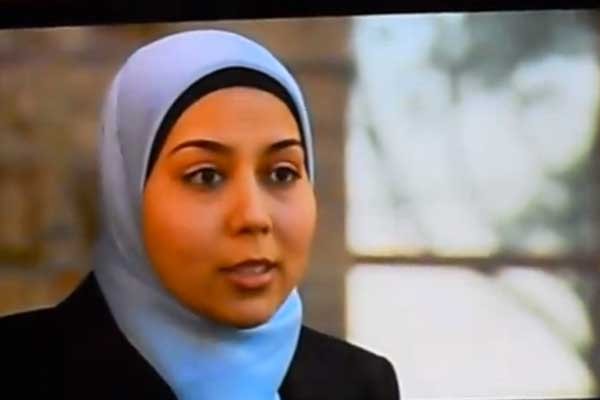 I wish I was not standing here, before you today on International Women’s Day. Instead, I wish I was sitting where you are and listening to Mariam Veiszadeh speaking.

Mariam is a well-known advocate for community rights, refugees and civil liberties. She is an asset to not only the Australian Muslim community, but to the rights discourse in Australia. She is an advocate for peace, justice, engagement and inclusion.

She is also my best friend, my confidante, my supporter. We have cried together at the scene of the Martin Place Tragedy and united with other Australian women in our grief. We have prayed together. Mariam came to our country as a refugee after her family fled Afghanistan in literally a life or death situation. I, on the other hand, am a convert to Islam, the daughter of publicans from rural New South Wales.

But she is still my sister.

Mariam and I started the Islamophobia register last year as a response to escalating physical attacks, verbal abuse and harassment and intimidation against Muslim women in public spaces.

Mariam cannot be here today because a right wing ‘hate’ organisation have published her residential address, her telephone number, her email, her twitter account and her work address online. She has received death threats, verbal abuse, intimidation and harassment from those opposed to everything she represents. Equality. Justice. Diversity. Inclusion. Peace. Tolerance.

This has impacted on her health, her work, her personal relationships, her ability to facilitate social change. She told me she felt humiliated when she had to inform her employer that her work address had been posted online. The agonizing hours spent wondering if she had “brought this on herself” for reporting criminal conduct targeting her. The telephone conversations discussing recipes for homemade mace made from wasabi paste and water that we could carry in our handbags.

You can imagine how deeply wounding it was to have the leader of our country televise his frustration that “he often heard western leaders call Islam a religion of peace and that he wished Muslim leaders meant it when they said it”.

As female Muslim advocates, when we denounce terrorism, violence and campaign for tolerance, inclusion and engagement, when we expose racism, sexism and Islamophobia in order to challenge stakeholders, to insist on transparency and accountability, it comes at a very high personal cost. This is the first time I have really spoken in detail about the cost of trying to be an advocate for social justice when you’re a Muslim Woman.

We pay our pound of flesh in death threats, online abuse, offensive pornography sent to our work addresses, the smear campaigns, the destruction of our property, the time away from our families, missing tucking our children into bed, the fights with our partners who see how tired we are, how thin we are stretched – but who know that we cannot stop in our advocacy.

Because we know the consequences if we stop being the “change makers”. We know the role women play in combating hate and racism, in addressing extremism, in promoting political participation, inclusion and engagement. We know that women are the cornerstones and pillars of our communities. We are the mothers, the daughters, the sisters, the aunties, the grandmothers. We are women in our own right.

We say it with conviction. With knowledge. With commitment. Because we will still be at the heart of our communities long after you, Mr Prime Minister, have gone.

Australian Muslim women have, and continue to contribute to Australia’s prosperity; we are not a new addition to the multicultural fabric of our country. However, the existence of Muslim women in this country has become heavily politicised. What we choose to wear became a national topic for debate and derision.

For a short time we were segregated in our most democratic building – the heart of democracy – in our country. The morning after the burka ban was announced, eight individual cases of Muslim Women either wearing the hijab or niqaab experience physical or verbal abuse, harassment and intimidation in public spaces were reported to the Islamophobia Register. Most with children present.

Political rhetoric and how we engage with each other has real life consequences for ordinary Australians.

We have seen the conflation of two arguments regarding section 18c of the Racial Discrimination Act and “freedom of speech” which is not only mischievous, but socially irresponsible.

Section 18c does not protect me, or Mariam, or any other Australian Muslim from discrimination on religious grounds. The existence of section 18c is not an obstacle in criticizing Muslims or Islam. But we stand against any attempts to water down the Racial Discrimination Act as we are aware that it would expose Australian citizens, who, for example, are targeted because of their racial or ethnic identity.

It is the same situation where we advocate for further resources to be allocated to the Bias Crimes Unit in New South Wales Police – it’s because we appreciate that not only is it a disservice to residents in New South Wales, but that perhaps only having one bias crimes coordinator and one intelligence officer allocated is inappropriate when New South Wales has residents who are diverse in their age, disability status, sexual orientation, homeless status, racial or ethnic background and religious beliefs.

The very idea that a handful of privileged people, mainly men, can debate whether the term “Islamophobia” even exists, or by calling it an “imaginary backlash”, or even whether racial minorities deserve any protection under the Racial Discrimination Act, is telling of where we are as a country.

We are experts at denying, silencing and erasing alternative discourses. And women bear the brunt when racism, sexism and Islamophobia is denied or silenced.

We do not wear the badge of “victimhood” and those who believe that Muslim women, when they draw attention to racism, sexism or Islamophobia are “playing the victim card” are confused.

This belief is built of the foundations of bigotry, where you only see Muslims on one side of the Gun. Australian Muslims do not deserve “collective punishment” for criminal acts they did not commit.

We are not afforded the same assumption. Australian Muslim women are constantly being viewed through the distorted prism of violence and radicalisation, as conduits for extremism.

Exacerbating our heartbreak is the fact that other women are complicit in the politicization of Muslim women. We have become the latest political football.

The obsession regarding Muslim women has never been about rights or gender equality, it has been about alienating others to distract people from unpopular and unsustainable leadership and policies, justifying humanitarian missions with military elements, for manufacturing fear.

We are in deep, deep trouble if Miranda Divine is seen as a beacon of knowledge on Muslim women, Islam or feminism. Or even Australian politics.

How effective can women be in addressing social justice issues and challenging gender inequality when we cannot move past superficial understandings and inauthentic constructs of Muslim women? How can we embrace Virgina Wolf’s belief that “as a woman I have no country, as a woman my country is the whole world”?

We cannot advance gender equality if our own individual equality is built on the backs of other women. There cannot be a monopoly on liberation, freedom and feminism.

When we are complicit in the politicization, alienation, marginalization and demonization of other women, we are laying the bricks of patriarchy. We are doing the dirty work.

And whilst we are busy building walls to keep other women out, or in, we cannot address the layers of gender inequality – domestic and family violence, reproductive and sexual health rights, freedom of movement, access to education, to justice, economic empowerment and political participation.

2014 was the year we saw women leading the way for social change. We saw women engage in dialogue with other women from a diversity of backgrounds to offer their support and we saw the transformation of hash tag politics into real action. #iwillridewithyou. #istandwithmariam.

Australian women showed the country what true leadership looked like in the face of ugliness and hate.

There was a disconnect in the way Australian women addressed issues of racism, sexism and Islamophobia and the political rhetoric that sought to divide, inflame and distract.

As women, in 2015, we cannot wait for government policy or organisations to address gender inequality.

We have the capacity to empower each other and stand with women not only within the borders of Australia, but on the international stage against racism, sexism and religious vilification, to foster resilience, speak justly and to be advocates for peace in the face of adversity.