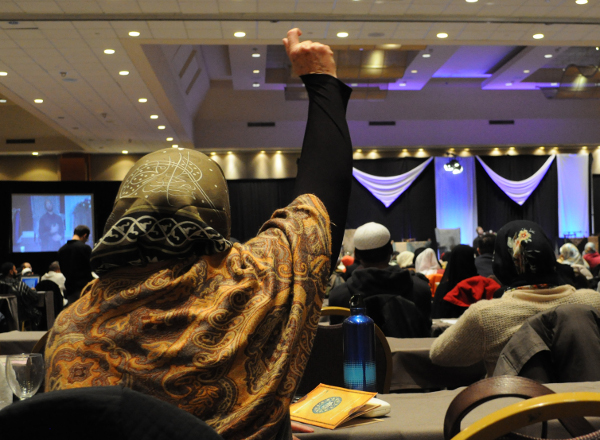 Thousands of Muslims from across North America and beyond are expected in Toronto this weekend for one of the largest gatherings of Western Muslims, the Annual Reviving the Islamic Spirit Convention (RIS).

They will come to listen to leading Islamic scholars, academics and motivational speakers, meet and mingle with fellow Muslims, and discuss matters of faith and contemporary issues.

“Each speaker and scholar at RIS brings forth conventional wisdom with an awareness of ongoing contemporary challenges affecting our lives,” Convention Director Fouzan Khan told OnIslam.net.

“It is through spiritual enlightenment coupled with sacred knowledge that we will be able to address the root causes of many of the problems we face today.”

Themed  ‘He Came to Teach You Your Religion – Prophetic Answers to Angelic Questions’, the convention is set to run from December 26 through December 28, at the Metro Toronto Convention Center in the heart of downtown Toronto.

The Reviving the Islamic Spirit convention was first launched in 2003 by Muslim youth to tackle the backlash on Islam and Muslims after the 9/11 and to build a bridge of understanding with non-Muslims.

The event has become a staple in Toronto’s downtown core during the Christmas holiday season and an estimated 20,000 attendees are expected from all over North America and around the world, adding a boost to the local economy.

Hundreds of young volunteers gathered on Tuesday for an orientation session and American scholar, Imam Zaid Shakir, addressed them.

“You’re doing something great when others are imitating you,” Imam Shakir told the volunteers.

“Some will even try to tear you down – persevere and keep it up.”

RIS is regarded as a premiere global event among Muslims in the Western world and an annual meeting place for leading thinkers and theologians.

A number of international entertainers and performance artists will be appearing at the convention including Sami Yusuf, Amir Sulaiman, Isam Bachiri (from Outlandish), Tom Robertson, Preacher Moss, Peter Sanders, and Zaid Ali.

A bustling grand bazaar will be a major feature during the three-day event showcasing products, as well as charities and services from around North America and the Muslim world.

The convention will also host the Annual Appreciation Dinner to honor the visiting scholars and speakers. Dignitaries, community leaders, and political and civic leaders are expected to attend the elegant dinner on Friday evening.

A parallel children’s program runs every day of the event and a food and coat drive to assist the needy in the Greater Toronto Area will be held.

“Our goal is to bring people together in a wholesome, judgment-free setting, regardless of one’s background,” said RIS Director, Fouzan Khan.

Toronto, the capital of Ontario, the province that one in three Canadians call home, has the largest concentration of Muslims in Canada.

A recent survey showed that the overwhelming majority of Muslims are proud to be Canadian, and that they are more educated than the general population.

Muslims are the fastest growing religious community in Canada, according to the country’s statistical agency, Statistics Canada.

A report from the Washington-based Pew Forum on Religion & Public Life said that Muslims are expected to make up 6.6% of Canada’s total population in 2030.