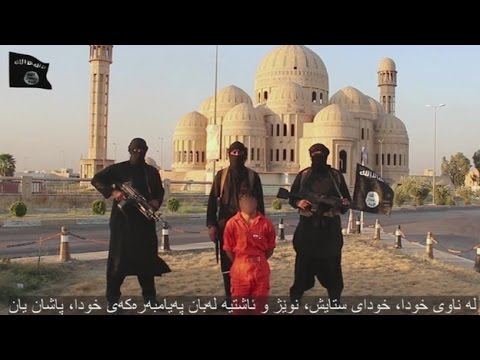 Iraq says Islamic State extremists have executed more than 300 members of an Iraqi tribe in Anbar province, including 50 women and children whose bodies were found stuffed in a water well.

Witnesses are quoted as saying the killings were ongoing Sunday, and included the massacre of 50 people from the targeted Sunni Al-Bu Nimr tribe.  Fifty others were reported killed on Saturday.

Additionally, Iraqi human rights officials, speaking Sunday, said 65 members of the tribe have been kidnapped, after battling Islamic State fighters for weeks before running out of ammunition.

Western news reports quote senior tribal leader Sheikh Naeem al-Gaoud as saying he had repeatedly asked the Baghdad government for more men and weapons.  But he said no action was taken.

Iraqi state television said Prime Minister Haider al-Abadi had ordered airstrikes on extremist positions near the town of Hit, in response to the killings.

One blast killed 14 at a tent where people were delivering food to pilgrims as they headed to the holy city of Karbala for the religious observance of Ashura. Two other bombings, one in downtown Baghdad and another in Sadr City, killed at least 20 more.

The annual Ashura commemoration, which peaks Tuesday, marks the 7th century split between Shi’ite and Sunni Islam. It commemorates the slaying in battle of the Prophet Muhammad’s grandson Hussein, a revered figure in Shi’ite Islam.