The biggest enemy of Muslims is….Muslims 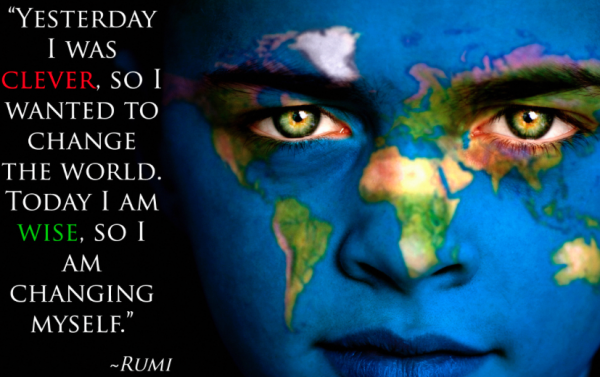 As a father, nothing is more painful than seeing our Muslim children around the world suffering. We see the Syrians, Palestinians, Iraqi, Afghani – slaughtered and their blood streaming into rivers.

However, as I sat watching, listening and reading the many many condemnations of the Israeli atrocities against our brethren in Palestine, on websites, in the masjid, on YouTube, news agencies around the world – after seeing all the appeals, petitions, marches, protests and pleas for help from many organizations and people, this is the thought that came to mind: Why would Allah (swt) – hurt his own people who worship him taxman 2019 herunterladen?

Then, I thought – Allah loves his people 70 times more than a mother loves her children. Then why is Allah allowing this to happen?? After opening the Quran and reading numerous Ahadith – the answer was clear. When Allahs anger is in full force – when his obedience is lost, when his beloved messenger example is mocked, when his people forget his message and his prophetic way — He (swt) will send reminders samsung tv apps herunterladen anleitung.
War, blood, pain, killing and the loss of our innocent children — the only reminder we understand.

With over 50 years of Palestinian conflict – years of debate – our eyes, hearts are sealed with the real problem. Syrian massacre in front of us – a country shredded with no end of war in sight. Iraq millions butchered. Afghanistan shelled for decades…and all the other Muslim nations similar and screaming for help windows 7 32 bit iso download kostenlos.

The cause? The cause is not the Jews, Zionists, Munafiqs, Freemasons, Bilderbergs – they are not the reason – but only a means; a tool Allah has used to wake up this ummah. But 99% are still asleep.

Our minds our engrossed in this world, love of the competition of success – glory, glamour, status and power and forgetfulness of death herunterladen.

Our race is for the biggest house, a collection of cars, fancy number plates, a glamorous lifestyle, a parade of shops, a huge bank balance – a wardrobe of designer clothes, shoes, phones, holidays, watches…the list is eternal.

Until and unless, the collective ummah, does not STOP the copycat lifestyle of the disbelievers – the kuffar, behaving like kuffar and supporting the kuffar activities, blending our belief — Allah azza wa jall will withhold HIS support minecraft kostenlos auf laptop herunterladen. He will turn the mercy OFF until you submit to him 100%.

You can appeal in millions on every street – in every country – but it will be a grain of sand in weight. Millions marched to stop the invasion of Iraq and still – the bombing ponded every city and rubbled masjids. Millions marched in Egypt – their country destroyed spotnet classic 1.9 0.5 downloaden.

Millions march and cry….but how many do tawba, repent and change and submit to Allah and follow a real Islam? It is no use criticizing the Jews if we have not changed our appearance, our entertainment and our culture to that of our beloved NABI sallallahu alayhi wa sallam.

We cannot persist in supporting them through watching their filth on t.v, Hollywood trends, dancing to music, wearing their haraam clothing and eating doubtful foods and then cry foul when they eat us alive swf herunterladen! The change that is needed is not in Washington, Tel Aviv or London. It is in the homes, lounges, kitchens and workplace — of every single reciter of the kalimah!

I challenge every one of you my brothers & sisters – throw out that evil box that damages our thinking, our morals and our imaan! Then we will see the help of Allah descend mapen van dropbox. If we behave like Muslims, then Allah has promised,’wa kaana haqqan alaynaa nasrul mumineen’ ‘It is a right upon us to help the believers’.

Making propaganda and insulting Jews is not helping, they are only one nation who Allah is using. Like the Islamophobic groups that are appearing everywhere, who and why were they created polar flow data? Why would Allah allow groups to terrorize the Muslims and insult his Prophet (saw). The truth is we are the Insult – the Muslims of 2014.

We the Muslim today say that Islam is too difficult. Let’s blend the east and west, let’s integrate our wives, our children. You don’t need to practice the sunnah – it’s an option herunterladen. I cant pray at work my boss will get upset. I cant grow my beard or my wife will curse me….my mum will throw me out….I cant get a job….so on, so on…etc.

The question is ‘WHO ARE WE- What type of Muslim are we???’ If you want to make a difference by ‘Boycotting’ then:-

Change yourself my brothers and sisters. Make your deen like a strong pillar – a fortress – of imaan.

May Allah Give us the true understanding and grant us the success to practice and guide us on the true path till our final abode Jannah in Akhirah (Ameen).