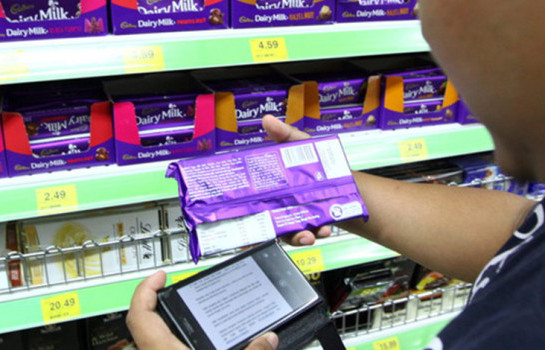 Muslim retail and consumer groups in Malaysia last Thursday called for a boycott of products made by Britain-based confectioner Cadbury and its parent Kraft Foods Group Inc after two chocolate varieties were found to have infringed Islamic rules by containing pork DNA.

Cadbury Malaysia, a part of Mondelez International Inc. on Monday recalled the Dairy Milk chocolates after the finding by Malaysian authorities in a random test.

Products in the Muslim majority Southeast Asian nation are regularly checked to ensure they are halal, or permissible according to Islamic law.

Cadbury Malaysia only sells to the local market. Mondelez’s Malaysia sales are a small fraction of the around 15 percent of its revenues that come from the Asia-Pacific region, but concerns over halal standards could jeopardize sales in bigger Muslim markets, such as Indonesia and the Middle East.

A Muslim retail group said on Thursday the 800 stores it represents would be asked to stop selling all products made by Cadbury and Kraft, which acquired Cadbury in 2010 in a $19 billion deal. Kraft subsequently spun off its North American grocery business as Kraft Foods Group.

Mondelez is the name of what remains of Kraft Foods Inc after the spin-off. Its brands include Oreo cookies and Ritz crackers, which were among more than a dozen products the Muslim groups urged Malaysians to boycott.

“This will teach all companies in Malaysia to maintain and protect the sensitivities of Malaysians,” Sheik Abdul Kareem Khadaied, the head of research with the Muslim Consumers Association Malaysia, told a news conference in Kuala Lumpur.

He said the companies should have apologized and recalled all their products voluntarily.

“This is an issue that cuts across religion,” he told Reuters. “It affects the vegetarians as much as it affects the Muslims.”

Cadbury Malaysia said in a statement this week that it was working closely with the Islamic Affairs Department to ensure its products meet halal guidelines. It said the authorities were running more tests and would announce the results within a week.

A spokeswoman for Cadbury Malaysia declined to respond on Thursday to the call for a nationwide boycott.

The Muslim retail and consumer groups said a full boycott of Cadbury and other products was needed because the contamination was unlikely to have been limited to just the two types of chocolate.

“Although only two products were listed as contaminated, since the same mechanism is used to produce other products, doubt exists in our minds that all products could be exposed to the same contamination,” said Bazeer Ahmad, an adviser with the Malaysian Muslim Wholesalers and Retailers Association.

Besides pork, items considered non-halal by Muslims include alcohol and the meat of animals and birds that have not been slaughtered according to Islamic rites.