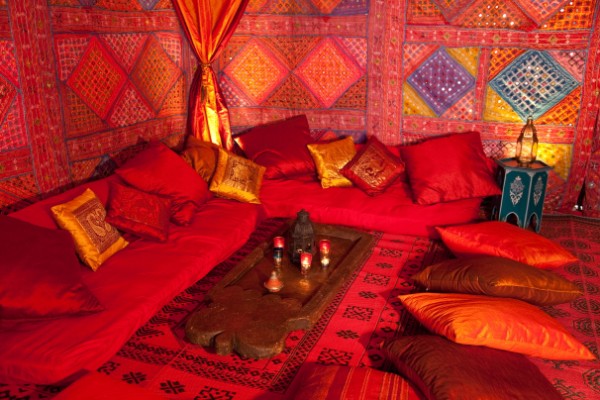 Abdul is an average man who has a very pious and loyal wife. However, whenever he comes out from his home he is confronted by a very glamorous and attractive looking woman who tries her best to seduce him in every possible way Nintendo games download for free. Soon he gets so obsessed by her that he decides to marry her. One day, he takes her to the local judge’s office so that the judge may perform their nikāh.

The woman does not hide her mischief in presence of the judge, she tries to entice him too. The judge himself, gets so tempted that he himself falls in love with her the division herunterladen. “Sorry young man, I cannot perform your nikāh because I have decided to marry her,” the judge tells the man. The man gets so infuriated that he calls a policeman for help.

The policeman attentively listens to his complaint but before he takes any action he glances at the woman and he too gets infatuated by her. “Listen, both of you, when two men are fighting over something the third one gets it icloud images on mobile phone. You two are fighting for this woman but I have decided to take her.”

A dispute arises and they all rush to the city Governor for help. The Governor listens to them very intently and when he is about to take some action he sees the woman and believe it or not, he too falls in love with her and shows his eagerness to wed her.

Now the case gets even more complicated and it is taken to the office of the Wazir (Minister) so that a solution can be found. The Wazir summons all the parties to his office one by one and listens to their complaints srf podcast herunterladen. In the end he decides to call the woman to ask her what she wishes.  As soon as the woman enters his office she charms him by her magical traits and he too gets trapped by her. He comes out from his office holding the woman’s hand tightly and declares that he wants to marry the lady. Thus the situation gets even more knotty leitstellen simulator feuerwehr kostenlos downloaden! All the remaining contenders now decide to take legal actions against the Minister. So the case goes to the court and a date is fixed for hearing.

The hearing starts and the Judge who is already in his late sixties and who has a problem with his vision slides his glasses down the bridge of his nose to get a proper view of the woman who is the root cause of all these multiple problems. As soon as their eyes meet she winks at him, and lo and behold, the old man too gets smitten by the Temptress! He straightaway passes his judgment declaring that it is he (the Judge) who is the right candidate to marry her whatsapp herunterladen windows phone. When his verdict is heard by the people, there is obviously a big uproar in the court. When he notices the situation he gets alarmed and strikes his gavel against the sounding block to bring an immediate end to the proceedings. And he advances towards the lady.

Now the competition gets really, really tough! There is only one woman but her contenders are several. They all decide to lodge their individual appeals against such a weird judgment with none other than the King of the land herunterladen.

The King fixes a date on which he can call them to his Durbār (King’s Court). They all come to the Durbār on the material day. They are all waiting for the arrival of the King. Tension is really mounting as to who will be the lucky one to get the hand of the lady.

At long last the King arrives and takes his seat on his majestic throne bigbluebutton herunterladen. He curiously scrutinizes each and every candidate who is trying to win the Temptress. After he has finished viewing the contenders it is now the turn of the lady in question. He wants to find out what is so special about the woman who has won so many hearts. But as soon as his eyes fall on the woman she starts dancing provocatively in front of him.  And believe it or not he too falls head over heels in love with her 3d models from google earth. He gets so hooked up that he loses all his senses and forgetting his Royal Status he stands up from his throne and starts screaming loudly, “Oh my Queen, my future Queen, how lovely you are!” Saying so, he starts proceeding towards her.  On seeing the King coming towards her she takes to her heels.

She runs as fast as she can and the King follows her. On seeing the woman running and the King following her, all her suitors decide to run after them fearing that they might lose her youtube videos herunterladen. The lady runs towards a busy street and is closely followed by the king and the rest of the contenders. As if this is not enough, many other men and even women from all walks of life also join the race.  Very soon some children also follow suit and a mad, mad, mad chase starts.

Suddenly the Temptress reaches an immensely large pit dug in the ground. She takes a long leap and easily crosses the pit but her chasers fail to do so. They are all on the verge of falling into the pit. At that moment the Temptress looks behind and removes the mask that she is wearing all this time to conceal her true self. When her pursuers see her real face they all become dumbfounded.  They discover that she is the most horrific looking woman they have ever seen and they are all engulfed in regret and sorrow but it is too late. They all fall en masse into the pit of death.

Do you know who the woman is? She is the Dunyā we are all madly in love with, whether we admit it or not. The same Dunyā which is horrendously ugly and which is not worth even a mosquito’s wing in front of Allāh Subhānahu wa Ta’ala.

Sahl bin Sa’d (radhiaAllāhu ‘anhu) narrated that the Messenger of Allāh (sallallāhu ‘alaihi wa sallam) said: “If the world was worth a mosquito’s wing to Allāh, He would not have given the disbeliever even a sip of water.” (Tirmidhi].

We should not be hoodwinked by what the Kuffār have in terms of the worldly luxuries, for they do not have any share in the pleasures of the hereafter.