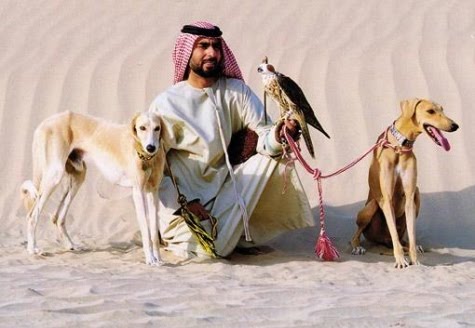 I have been asked several times about the recent article titled ‘Dogs are not impure,’ says prominent Islamic scholar. I have not seen the television show or the fatwa mentioned in the article so I can comment only on the article itself.

The bulk of my reading over the past two months has been about dogs,1 so I am familiar with the issues mentioned in the article. I find the article to be poorly researched and written. Almost every paragraph contains statements that are either misleading or false. I advise readers to ignore the article and to seek their information from a reliable source.

Given the overall unreliability of the article, I would like to provide a very brief summary of the basic rulings related to the purity of dogs, keeping dogs, and keeping dogs inside the house.

There is also disagreement concerning the use of household guard dogs. In addition to the ḥadīths regarding purity and loss of rewards, there are also ḥadīths mentioning that angels will not enter houses if there is a dog inside. Commentators mention that the angels that are barred are the ones that bring blessings and mercy, and make forgiveness – not the angels assigned to individuals to record their deeds and to protect them. Ḥanafīs tend to say that one should not get a household guard dog unless out of fear for the safety of one’s life or property. Even then, the dog should not be inside the house. There is a fair amount of disagreement amongst the Mālikīs. The well-known opinion I keep finding is that it is offensive to have them inside the house. Shāfiʿīs tend to permit guard dogs for houses and alley ways – and even if the dog is permissible to keep, it should not be kept inside the house.5

What is clear when reading the various opinions within and across the schools is that no one considers it recommended or merely permissible to have a dog in the house. The most lenient ruling is that it is offensive. Some of the scholars who hold this latter position mention that one will still be subject to loss of rewards, and some angels will be barred from the house. So while there is a case for having a dog that serves a valid purpose – there does not seem to be any case for keeping a dog as a pet just for companionship or pleasure – or its appearance.6

Given all the ḥadīths related to dogs (that keeping one without justification reduces rewards, that their presence in a house bars some angels from entering, that there was an order to kill them that was later reduced out of fear of exterminating the entire species, that jet-black dogs are wicked, the extra provisions required to clean up after them – which suggests that they are filthy), one really needs to be very careful before getting a dog. Contrary to some pieces that have been written in English: those reports related to dogs were not related by a single companion (Allah be pleased with them)

Each of the rulings I mentioned above have additional conditions, constraints, and details. All of those things must be known before obtaining a dog.

UPDATE I watched the part of the episode that was the source for the article. Sheikh Ali’s response differs significantly from what is presented in the article. Arabic speakers can check for themselves. (The link should start you at the segment on dogs, 47 minutes in to the show.)