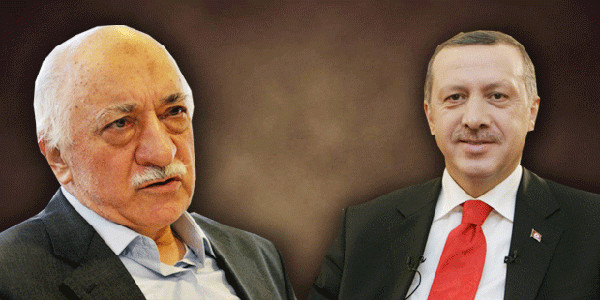 It was late 2012 and the war to which my interlocutor – a prominent former government aide – was referring pitted Recep Tayyip Erdogan, the Turkish prime minister, against Fethullah Gulen, the country’s most popular Muslim preacher.

At that point, the battle was just simmering – but it has boiled over this week with the arrest of dozens of people in an anti-corruption investigation.

Many of Mr Erdogan’s supporters accuse followers of Mr Gulen of masterminding the probe, which has involved the detention of three sons of leading ministers and business figures close to government.

Mr Erdogan, the most powerful leader in Turkey for at least two generations, has hit back by transferring 32 senior police officers.

Nonetheless, as the case continues, the government finds itself in a deeply uncomfortable position as allegations emerge on three fronts: corruption, particularly in the construction sector; gold smuggling, possibly linked to the export of billions of dollars worth of bullion to Iran last year; and the violation of zoning laws on building.

The causes of this conflict lie in Turkey’s recent history and the nature of the two protagonists. Mr Erdogan’s AK party and the Gulenist movement both have religious roots, but their origins are very different, while the threats to them both, which once led them into a marriage of convenience, have receded.

The AK party is successor to explicitly Islamist political parties that had deep concerns over the legitimacy of the republican state, which practised a repressive form of secularism; Turkish Islamists recoiled even from working for state institutions.

By contrast, Mr Gulen’s movement, which he has built up since the 1960s, is an heir to Turkish thinkers such as the Sunni theologian Said Nursi rather than following any pan-Islamic tradition, and rejects what it labels political Islam.

Mr Gulen encouraged his followers to learn science and mathematics – and, his opponents claim, infiltrate institutions such as the police and the prosecution service. Gulenists counter by saying their movement merely reflects views prevalent in Turkish society.

Despite their differences, when the AK party won power in 2002, it looked to the Gulenists within the bureaucracy for help.

The reason was obvious: the odds were stacked against the survival of Mr Erdogan’s government. It may have won 34 per cent of the vote, but barely five years had passed since a previous Islamist-led government had been ousted by the military. Secular institutions such as big business and big media retained their sway. The top judges were hand-in-glove with the ultra-secular army.

Mr Erdogan did indeed face overt challenges to his rule: in 2007, when the army openly threatened to intervene in politics; and in 2008, when the courts came close to banning the AK party.

That was the backdrop for investigations the Gulenists championed – probes into alleged coup plots known as Ergenekon and Sledgehammer, which imprisoned hundreds of alleged plotters, including senior military officers. Mr Gulen’s supporters called this a historic settling of accounts with Turkey’s anti-democratic past; his critics branded it a witch-hunt based on fabricated evidence and designed to neutralise opponents.

It is hard to deny that the investigations and trials went a long way to eliminating threats to the government from the military or other quarters. But that success put the AK-Gulenist axis under pressure, especially after Mr Erdogan was re-elected in 2011, with both sides complaining that the other sought too much power and was becoming less accountable.

Meanwhile, the differences in the two camps’ world views never went away, despite years of co-operation. Gulenists are friendlier to the US and Israel, and more hostile to Iran; Mr Erdogan has strongly identified himself with the ousted Muslim Brotherhood government in Egypt and is fiercely critical of the Israelis.

The reason the anti-corruption probe has hit Mr Erdogan now appears to stem from the prime minister’s push to shut down or reform the Gulenist-run pre-university cramming schools that AK officials say produce “missionaries” for the preacher. Some Gulenists admit that the schools – where students sometimes listen to recordings of Mr Gulen after normal lessons – are an effective recruitment tool.

By going after Mr Erdogan’s government as elections loom next year, the Gulenists have burnt their bridges with the prime minister and his party. Mr Erdogan makes no bones about his desire to purge the bureaucracy of Gulenists.

“In the ministries, they are trying to clean up,” said the former government aide who spoke of war more than a year ago. “But,” he accurately predicted, “a lot of stuff will come up.”

As for members of Turkey’s old secular elite, they watch the battle between their two foes as mere onlookers. “It’s like Alien versus Predator,” said one, referring to the science fiction series. “I don’t know who to root for.”