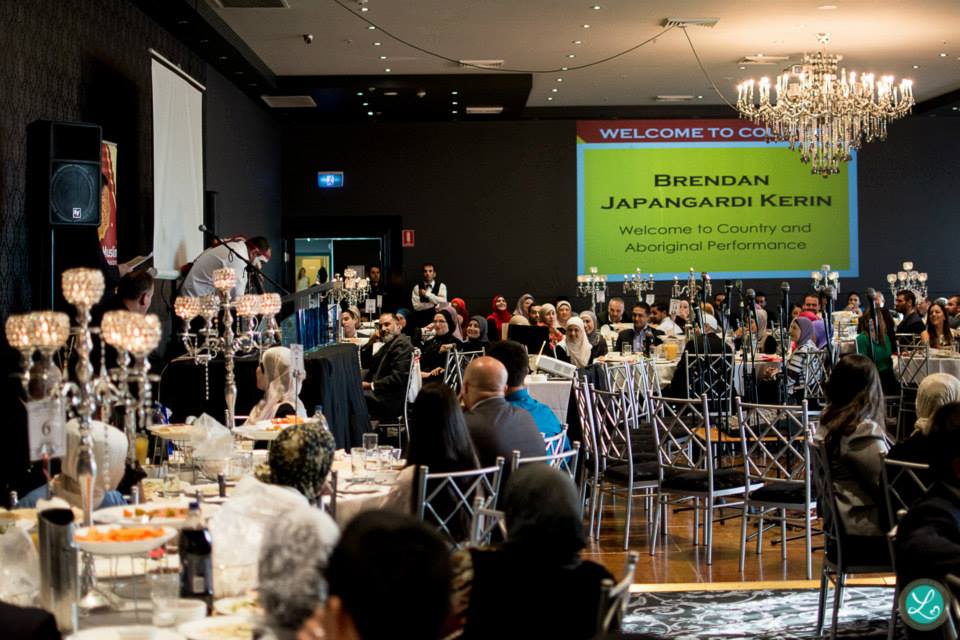 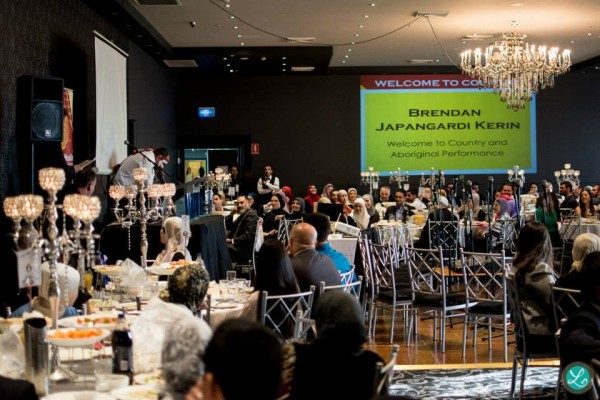 The Australian Muslim Achievement Awards (AMAA) 2013 winners have been announced at an annual awards ceremony held in Sydney on the weekend. Finalists, who have come from all over the country, were celebrated as the Australian Muslim community’s highest achievers.

Now in their eighth year, these annual awards are special opportunity to celebrate the significant accomplishments of Australian Muslim individuals and organisations and raise their profile in Australian society.

“These awards celebrate the important role that Australian Muslims have played in Australia’s past and present and will continue to play in the future,” said Maha Najjarine, Mission of Hope’s President and AMAA coordinator.

The awards were held at a ceremony on Sunday 1 December 2013, with entertainment and special guest appearances by former MasterChef contestants Amina ElShafei and Samira ElKhaffir, and 2013 winner of Channel 7’s The Mole, Hilal Kara-Ali

“This is a great way to foster the community spirit and inspire our younger generations to become future leaders,” said Ms Najjarine.

Man of the Year was awarded to none other than Oguz Taskun, for his tireless efforts as director of humanitarian aid organisation World Orphan Fund. Previous recipients include Author and TV personality Waleed Aly

“This award is a testament to the importance of the arts – one of the most powerful platforms to give people a voice – and to write history with,” said Ahmad.

Women of the Year went to Tasneem Chopra for her work to facilitate Muslim women’s full participation in Australian society through programs and services designed to empower while promoting social justice.

The much anticipated Lifetime Achievement Award was this year won by Maha Abdo-Krayem OAM for her decades of service to the Australian Muslims community.

The awards were sponsored by Fresh Poultry, Human Appeal International Australia and Pharmacy4Less, the awards are instrumental in raising the profile of Australian Muslims, both at an individual and organisational level and promoting their achievements.

The Crescent Institute was founded in 2006, and is already one of Australia’s prominent businesses, with a focus on leadership and organising an impressive range of networking events and activities. Their aim is to promote a space where there is an opportunity to meet and learn from leading Australians on vital issues. Their activities include facilitating networking for professional Muslims in both Sydney and Melbourne CBDs, as well as organising seminars around a specific issue or member interest. Past highlights include hosting Kevin Rudd, Joe Hockey Bob Carr and Barry O’Farrell. In 2014 they will be launching CIMP – Crescent Institute Mentoring Program. The program will aim to give Crescent Institute members access to Australian leaders of commerce and industry to guide and mentor them in their careers.

The Islamic Museum of Australia held an Eid Benefit Dinner on the 11th of August 2013. It was an event for the Muslim community and was attended by many community groups and leaders across a national spectrum, with over 300 people in attendance. It included many important guests including the Foreign Minister of Australia, Bob Carr and Samira El Khafir, Masterchef 2013 finalist. The night raised over $3.15million for the completion of the IMA, with over $150,000.00 raised from the community who attended.

Launched by Bhanin Association, ACTIV8 is an early intervention program aiming to provide students with realistic positive mentors who can provide added guidance in relation to education, employment and community engagement. The program was established in 2012 and specifically caters for disengaged/at risk Muslim youth, predominantly from an Arabic-speaking background, at Auburn Girls High School and Granville Boys High School. The mentoring program is unique as it fosters building a one-on-one relationship between students and their mentors. The program was a finalist for the ZEST Awards and also receives full support from community leader Hazem El-Masri (former Canterbury Bulldogs player) and writer, Arwa El-Masri.

Kirrily is a primary school teacher who has a passion for sport. She has had the privilege of playing many sports, at representative, state and national levels. In 2011 she came across the female AFL team, the Auburn Tigers. Many of the players were Muslim and wore the hijab. Since 2011 Kirrily has been captain of the Auburn Tigers sharing with the girls her love for the sport and the all important values of a team – discipline, determination, selflessness, respect and pride. In that first year, the girls affectionately gave Kirrilly her nickname “Kizz, our Anglo” and shared with her their important values of their faith – modesty, respect, unity and good intention. Together they created a truly ground-breaking multicultural sporting team. They have had many opportunities to promote inter-faith dialogue and empower young women and multiculturalism in Australian sport.

In 2011, Tarik Houchar had an idea – to bring beautiful, modest clothing to Muslim women. Instantly everyone loved the idea. No one could have envisaged that only a few short years later, Hijab House, the local shop that originated in Centro Bankstown, would grow with such welcomed ferocity. With a loyal national and international following, Hijab House has grown to cater for the fashionable the world over, with whimsical designs and a youthful vibe. Hijab House has featured in the “Faith, Fashion, Fusion” exhibition at the Sydney Powerhouse Museum. It has received wide media exposure globally because of its fresh approach to modest fashion.

Rehanais the editor-in-chief of the Queensland Muslim Times (soon to become the Australian Muslim Times in 2014), a newspaper that already reaches more than 35,000 Muslim readers across Queensland. Rehana has been instrumental in expanding and rebranding this bi-monthly, state-based newspaper that will begin to serve the entire nation in its 10th year of existence. Rehana, who was born in Pakistan and grew up in Norway, arrived in Australia in 2000, completing her journalism degree at the University of Queensland three years later. Rehana is also a mother to three young children.

Mr Ali Sowaid is an English teacher at Al-Faisal College. Mr Sowaid has also been the speaker at many Friday Prayers where his khutbas (sermons) have quickly developed a reputation for being interesting and entertaining, yet deeply insightful. Mr Sowaid devotes his time within and outside of school hours to his students. He has developed a low cost tutoring program to allow student access to more educational assistance. He has also developed and delivered programs for at-risk boys at Parramatta High School. Calm, intelligent and friendly in nature, he is both loved and admired by all at the school, and by the wider community.

Ahmad is a 23-year-old university student, young community leader and activist of Iraqi heritage. He co-founded the Bankstown Poetry Slam, a monthly event attracting an audience of over 200 people. He is an instigator within the community for raising the importance of the arts and providing performers with an avenue to speak their mind. He also mentors youth of culturally and linguistically diverse backgrounds, and works in street outreach. Ahmad is a 2012 and 2013 Australian Poetry Slam state finalist and 2013 Nimbin World Cup finalist.

Fawad is an Australian cricketer who represented our national cricket team against England in the one-day series and T20 Internationals, while refusing to wear the logo of an alcohol brand on his uniform due to Islamic beliefs. He has also been an outstanding performer for the Melbourne Renegades and Victoria in the Sheffield Shield. Fawad, born in 1982, is a Pakistani refugee who fled to Australia in 2010.

Janeth was the founder and president of the Muslim Welfare Association, co-founder and president of the QLD Muslim Historical Society and diligently collects and records QLD Muslim history. She served as the secretary of the QLD Multicultural Council and a member of the Ethnic Community Council, The Global Organisation of People of Indian Origin, Multicultural Development Association and the Kuraby Lions Club. Amongst these awards, Janeth also received the Australia Day award from the Brisbane City Council and the Federal Electorate of Moreton. She is a mother of five and grandmother of twelve.

Sonny Bill has represented the Canterbury Bulldogs and the Sydney Roosters in the National Rugby League, and New Zealand’s National Rugby Union team, the All Blacks. He has also been boxing professionally since 2009. Williams has been a source of encouragement and an inspiration to many young Muslims and the wider Australian community through his athletic excellence on the field. He was also the first Muslim to play for the All Blacks.

Saara is the founder of Benevolence Australia, an organization that aims to nurture spiritual development through a conscious and ethical lifestyle. Benevolence has created a space for Muslims to connect without judgment. There are weekly fiqh classes, monthly community dinners, a sports program for young females and weekly madrasah (religious studies) for children. Saara has undertaken courses in Dawah, studying abroad with esteemed scholars, and specializes in counseling and intensive convert care. Saara has endeavoured to tackle this issue with an exceptional amount of tenacity, perseverance and professionalism.

Akram won Young Australian of the Year 2013 for his work as a mentor for young Indigenous people. Arriving in Australia thirteen years ago from Afghanistan, Akram is now studying a triple major – law, science and arts – at University of Western Australia. In 2011, he co-founded a student-run initiative to raise awareness about Indigenous issues in universities. For three years, Akram mentored young Indigenous people in the Looma community in the Kimberley region, and has mentored primary school students in the small farming community of Wyalkatchem, in the Western Australian wheat belt. Akram is also mentoring a Special Olympics athlete to help raise community awareness concerning disability issues.

Tasneem serves as chair of the Islamic Women’s Welfare Council of Victoria. Tasneem works to facilitate Muslim women’s full participation in Australian society through programs and services designed to empower while promoting social justice. She is also the Chairperson of the Australian Muslim Women’s Centre for Human Rights (AMWCHR). Tasneem is completing a Masters in International Development in addition to running her own cross- cultural consultancy. She is listed in The Age Magazine’s Top 100 as one of Melbourne’s most influential “Movers and Shakers” of 2008 and one of the Top Ten Thinkers by The Australian Newspaper in 2009. She is also a mother of three.

Oguz is the director of World Orphan Fund (WOF). Established in 2010, WOF has a 100% donation policy with many including Oguz who work on a completely voluntary basis. Currently Oguz coordinates over 100 Australian volunteers for WOF and has changed the lives of over 300 orphans in Cambodia, who had experienced genocide, child sexual assault and child trafficking. He launched a program to help orphans and financially disadvantaged students to get into university. Oguz was awarded the Commonwealth’s highest bravery award as well as the Star of Courage for putting the life of another before his own.

Maha is the Executive Officer of the United Muslim Women Association, celebrating its 30th anniversary of service to the community. She has developed partnerships with various government and non-government organisations at a local, state, and national level.

Maha has been involved with many Advisory Committees that focus on correcting misconceptions about Muslim women and highlighting the difference between religious and cultural practices, ensuring Muslim women’s needs are taken into consideration in the development and implementation of services, programs and policies. Some of Maha’s past work includes chairing a subcommittee researching the needs of young Australian Muslims in

Out of Home Care, and being on the Muslim Foster Care Advisory Committee, NSW Premier’s Council for Women and Community Harmony Reference Group with the Community Relations Commission.

She has received many awards, including 2013 NSW Premier’s Multicultural Medal, 2008 Queen’s Birthday recipient of the Order of Australia Medal and 2003 Award of the Centenary Medal.