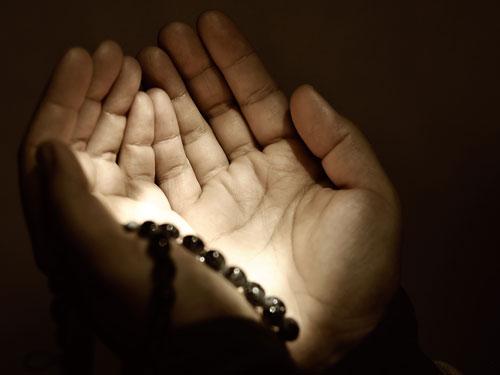 Allah Ta’ala says in the Quran what means: {By the daybreak, by the ten nights, by the even and the odd, by the passing night – is this oath strong enough for a rational person?} (Al-Fajr 89:1-5)

Early Muslim scholars differed on what is meant by the “ten nights”. But most of them agreed that the ten nights refer to the first ten days of Dhul-Hijjah.

Most of the Quran commentators view that the specific days are the ten days of Dhul-Hijjah.

What a great virtue attached to those days which pass unnoticed by many people nowadays.

On the merits of the first ten days, Prophet Muhammad (peace be upon him) is reported to have said: “There are no days in which righteous deeds are more beloved to Allah than these ten days.” The people asked, “Not even Jihad for the sake of Allah?” He said: “Not even Jihad for the sake of Allah, except in the case of a man who went out to fight, giving himself and his wealth up for the cause, and came back with nothing.” (Al-Bukhari)

In what follows are suggested ideas on how to make the best use of the first ten days of Dhul-Hijjah:

Make a sincere repentance to Allah Ta’ala and promise Him that you will not do bad deeds again. This may be your last chance. You are not sure if you will live till next year.

Pray at the Mosque

Try to perform the five daily prayers in the mosque. If you have time after Fajr prayer, try to sit in the mosque, read a juz’ (part) of the Quran, make duaa, or recite some Adhkar (remembrance of Allah). Then offer two rakahs before you go home. If you do so, you are reviving a tradition that Prophet Muhammad (peace be upon him) used to do, a tradition which these days has been neglected by many Muslims.

Abu Sa`id al-Khudri said: I heard the Prophet saying, “Indeed, anyone who fasts for one day for Allah’s Pleasure, Allah will keep his face away from the (Hell) fire for (a distance covered by a journey of) seventy years.” (Muslim)

Do not observe fasting on the tenth day because it is an `Eid day and it is prohibited to fast that day.

Good deeds are rewarded abundantly in these first ten days; and as fasting is a good deed, it is recommended to fast these nine days.

Do not Miss Fasting the Day of Arafah

On the day of Arafah, non-pilgrims are highly recommended to maintain fasting. It is reported that the Prophet was asked about fasting on the day of Arafah, whereupon he said: “It expiates the sins of the preceding year and the coming year.” (Muslim)

He also said: “There is no day in which Allah frees a greater number of His slaves from the Hellfire than the Day of Arafah.” (Muslim)

Make a Lot of Supplications (duaa) on the Day of Arafah

The Prophet said: “The best supplication is that of the Day of `Arafah, and the best thing that I and other Prophets before me said, is: La ilaha illa allahu wahdahu la sharika lah, lahu al-mulku wa lahu al-hamdu wa huwa `ala kulli shai’in qadeer (There is no Allah Ta’ala but Allah alone. He has no partners. To Him belong the sovereignty and all praise. He has power over all things.) (Al-Tirmidhi)

Try to Do Something New this Year

If you used to recite a part of the Quran last year, try to finish reading the whole Quran this year. Try to pick some verses everyday and check the books of Tafsir (exegesis of the Quran) to reflect on their meaning in order to derive lessons from them in your daily life.

Visit your relatives even for a few minutes. If they live far away, give them a call. Do not forget your parents. Be kind to them, visit them, and attend to their needs. Some new Muslims think that after their conversion, they should cut off their family members. Allah Ta’ala orders Muslims to be kind to their parents even if they are non-Muslims. This occasion might be a good opportunity to talk about Islam to your non-Muslim parents.

Make it a daily habit to help the needy. Look for humanitarian organizations in your neighborhood and help them in any way you can.

Offer many extra prayers, as much as you can. Allah Ta’ala promised a great reward for offering extra acts of worship. The Prophet said: “Allah said, ‘I will declare war against him who shows hostility to a pious worshipper of Mine. And the most beloved things with which My slave comes nearer to Me, is what I have enjoined upon him; and My slave keeps on coming closer to Me through performing Nawafil (praying or doing extra deeds besides what is obligatory) till I love him, so I become his sense of hearing with which he hears, and his sense of sight with which he sees, and his hand with which he grips, and his leg with which he walks; and if he asks Me, I will give him, and if he asks My protection (refuge), I will protect him; (i.e. give him My refuge) and I do not hesitate to do anything as I hesitate to take the soul of the believer, for he hates death, and I hate to disappoint him.” (Al-Bukhari)

It is an act of Sunnah to say “Takbir” (Allah is the Greatest) in the first ten days.

The “Takbir” should be pronounced as much as possible in the mosque, at home, in the streets, etc. It is reported that: “Ibn `Umar and Abu Hurairah (may Allah be pleased with them) used to go out in the marketplace during the first ten days of Dhul-Hijjah, reciting Takbir, and the people would recite Takbir when they heard them.” (Al-Bukhari)

In another version of the Hadith mentioned above on the merits of the ten days, there is this addition: “… so increase saying Tahlil (saying la-illah illa Allah), Takbir (saying Allahu akbar), and Tahmid (saying Al-hamdullilah)” (Ahmad) Therefore, these kinds of “dhikr” should be recited day and night.

The Best Good Deed in These Days is to Offer Hajj

Go to Hajj, if you are physically and financially able to perform it. If not, try to offer a sacrifice (qurbani)  if you have the means. By doing this you are commemorating the story of sacrifice of both prophet Ibrahim and his son Ismail (peace be upon them). The poor and the needy have a share in the sacrifice and feeding them is one of best deeds that can be done on the day of `Eid.

I pray to Allah to accept our good deeds in these days of Dhul-Hijjah and throughout the year. When our good deeds are accepted by Allah Ta’ala, we will be admitted to Paradise, by His Mercy.

Tags: Day of `Arafah Fasting in the First Nine Days Fasting the Day of Arafah First 10 days of Dhul-Hajjah Give to Charity Laylat al qadr Maintain your Family Relations month of ramadan Pray at the Mosque Reciting the Takbir Repent to Allah Supplications (duaa) on the Day of Arafah Two Rakahs of "Tahajjud" at Night