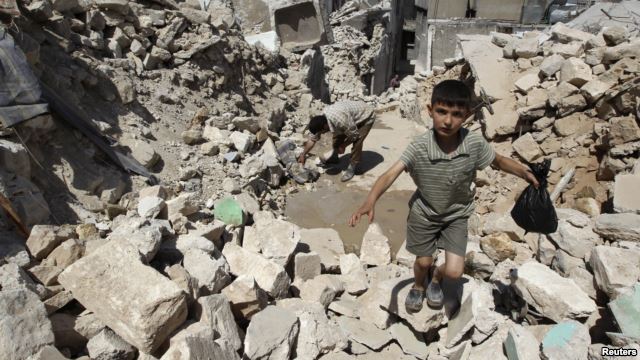 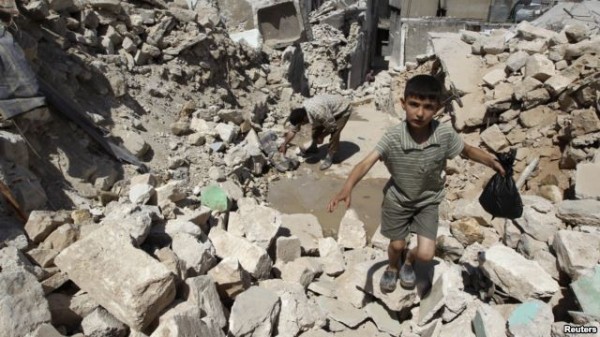 LONDON — It has been a tough couple of days for the Syria conflict, with announcements on arms for the rebels and the government, and more delays in the U.S.-Russian effort to convene a peace conference.

Britain and France won a significant victory at a meeting of European Union foreign ministers Monday, with an agreement not to renew an embargo that prevented them from sending arms to the Syrian rebels. EU foreign policy chief Catherine Ashton announced the decision after a day-long meeting in Brussels.

“Everybody is trying to work out how best to support the people of Syria, and how best to ensure that we get to a political solution as quickly as possible,” she said.

But the EU members agreed not to actually send any weapons to the rebels at least until they see whether the United States and Russia succeed in convening a peace conference.

Russia’s Deputy Foreign Minister Sergei Ryabkov responded to the EU decision on Tuesday, calling it “regrettable,” and he confirmed that his government will deliver new anti-aircraft missiles to the Syrian government.

​He said Russia is providing defense to an established government based on an existing contract, and that the missiles would allow Damascus to respond to an air threat – a capability the rebels do not currently possess. Analysts say the missiles are intended to deter any further Israeli airstrikes and any possible intervention from Europe or by the United States.

Meanwhile, Russian Foreign Minister Sergei Lavrov and U.S. Secretary of State John Kerry met in Paris, but were unable to confirm plans for the peace conference.

Russia has gotten what it calls an agreement “in principle” from the Syrian government to send a representative. But some opposition parties remain staunchly opposed to talking to the government and to any future role for Syrian President Bashar al-Assad.

Secretary Kerry confirmed that getting commitments from all the Syrian parties is the main stumbling block.

“We both want to make this conference happen, if possible, together with many other countries that have joined up. We talked about the participants, and that is an ongoing conversation,” he said.

Some analysts believe recent events may force the opposition’s hand.

At the IHS Jane’s security firm, analyst David Hartwell says Assad has been strengthened in recent weeks by the Russian missiles, other weapons from Iran, support from Hezbollah and recent battlefield gains, combined with the opposition’s disunity and concern among many Syrians about militant influence among the rebels.

“All of these factors appear to be coalescing at this moment in time to give him, or certainly give the appearance, that he can think about long-term survival,” he said.

Hartwell says confidence is up within the Assad regime, and it could press for more military advances in the coming days, including a possible assault on the country’s largest city, Aleppo.

Syria-watcher Chris Doyle of the Council for Arab-British Understanding reluctantly agrees that Assad is in a strong enough position that he might survive politically, at least during a transition period.

“I think that cannot be ruled out, as distasteful as that is, given his record. If it is symbolic, then maybe that is something that people will have to agree to, while holding their noses,” he said.

But that is not something much of the Syrian opposition is ready to do. And Doyle says if plans for the peace conference falter and some EU countries do send weapons to the rebels, it will only make the humanitarian situation worse and the prospects of a political solution even more remote.