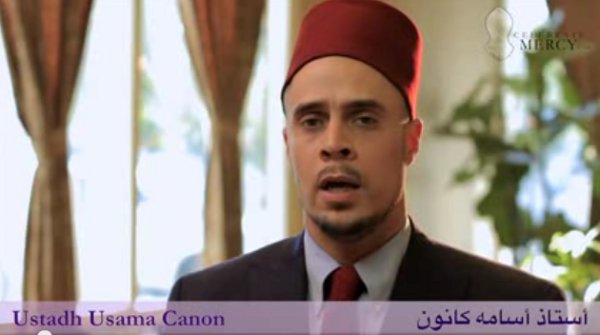 Ustadh Usama Canon discusses the first safe space created for Muslim converts in Mecca: Dar al-Arqam. In this story, we learn many lessons on how the Prophet Muhammad [peace be upon him] cared for the needs of newly-converted Muslims.

This video was recorded for the “Dawn of Mercy: Muhammad in Mecca” CelebrateMercy webcast about the Prophet Muhammad’s (peace be upon him) first revelations and subsequent years in Mecca. See this webcast trailer at celebratemercy.com/trailer

Celebrate Mercy’s program is a web-based semi-annual presentation about Prophet Muhammad that takes place on the internet. Founded in 2010, it is a non-profit organization that aims to instill a deeper understanding of the Prophet Muhammad (ﷺ) among Muslims and friends of other faiths, by dispelling stereotypes and common misconceptions about him. This is achieved through videos shown on global interactive live webcasts of prominent scholars and performers discussing his character and life, as can be seen on this trailer: celebratemercy.com/trailer

CelebrateMercy also mobilizes Muslims to embody Prophetic character. When some Muslims engaged in violent protests against the offensive YouTube video, CelebrateMercy asked Muslims to “respond to evil with a good deed” by sending condolences to the family of slain Ambassador Chris Stevens. This “MercyMail” campaign went viral with over 7,700 condolence letters from 115 countries, receiving coverage on BBC, CNN, and The Huffington Post. This interview with Chris Stevens’ sister recently appeared on the front page of CNN.com: www.bit.ly/cnnCM.