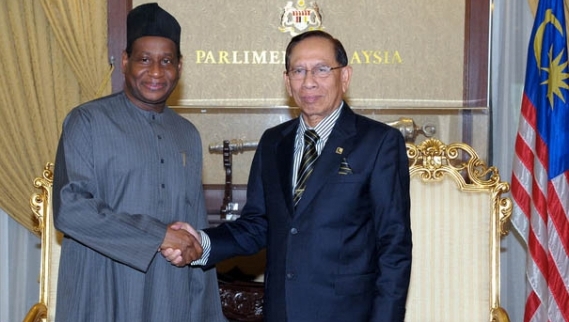 KUALA LUMPUR (Jan 5, 2013): Muslims in the country must be brave, firm and strong in facing challenges from parties which endeavour to interfere with the position of Islam as the official religion.

Dewan Negara (the upper house of the Parliament of Malaysia) president Tan Sri Abu Zahar Ujang said the threats and attempts to weaken Islam in Malaysia had never subsided including the attempt to deny Islam as the religion of the federation by those with vested interest, lately.

“Recently, there are those in the Malaysian society who refute Islam’s position as enshrined in Article 3 of the Federal Constitution.

“They only regard Islam as an official religion, and its position that is lower than the constitution.

This thinking has spread, and if not corrected, will become a big problem for our country,” he said in his speech when opening a seminar ‘Upholding Islam, The National Religion’ (Semaian) at Pusat Islam, here, today.

He said, Muslims in the country must realize that the threat towards Islam came in many forms, including the latest, the demand to use the term Allah, which was raised again in the Malay version of the Bible, was a clear effort to weaken Islam in the country.

DAP secretary-general Lim Guan Eng in his Christmas message on his blog recently urged the Federal Government headed by Barisan Nasional to allow the use of the term Allah in the Malay version of the Bible. – Bernama