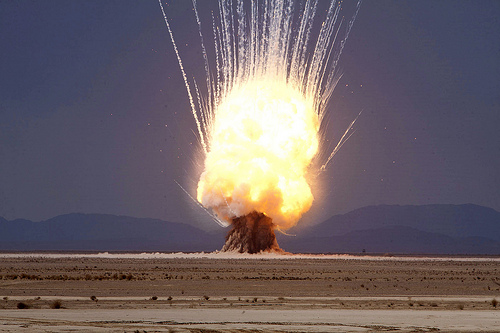 October 10, 2012 “ Information Clearing House” — Ten years ago, on October 10, 2002, the United States House of Representatives made one of the most calamitous mistakes of a generation. Congress, with willful blindness, voted to attack, invade and occupy a sovereign, oil-rich nation in the Middle East that did not attack us and did not pose a threat to the American people.

The war in Iraq will ultimately cost the United States five trillion dollars. Four thousand, four hundred, eighty eight Americans were killed. Tens of thousands of Americans were injured. At least one million innocent Iraqis were killed. Iraq has become a home to Al Qaida which it certainly was not before our intervention. Resentment against the United States has made pursuing peace more difficult. And we still have thousands of armed contractors in Iraq — paid for by U.S. taxpayers.

Many are trying to rewrite the history of the Iraq war. The people who led us into a war based on lies want us to believe that the intelligence community was duped. They don’t want us to ask questions, because they don’t want to be held accountable. Those repeating the myth that America was duped are perpetuating one of the biggest lies in American history.

Iraq did not pose a threat to the United States. Iraq had no Weapons of Mass Destruction. Iraq had absolutely nothing to do with 9/11. We were not duped. We were not fooled. It was obvious at the time. The evidence was in publicly available reports for anyone who cared to look. I personally distributed this memo to Members of Congress. In it I address the false justifications for war, point-by-point and establish the truth. I made the case in an hour-long presentation on the House floor. 133 Members of Congress were not duped; they voted against going to war with Iraq. The Bush Administration lied to the Congress and the American people to sell its war. The intelligence community wasn’t duped, The American people were duped and we are still paying the price.

Why did they lie? After ten years, we have never held anyone accountable for the lies. Perhaps it would be useful to look at who benefited from the war. The Neoconservatives in the Bush Administration wanted to show the world American power by destroying an enemy. They thought that American power and American bombs could redraw the maps and ensure American hegemony and American access to cheap oil for a new century. Certainly the bomb makers and war profiteers have gained from a decade of war. The elite chattering class of State Department sponsored spokespersons from so-called “independent” think tanks have also benefited. This professional chattering class receives funding and attention by hyping threats and war. Who else benefited from the war?

America needs a period of truth and reconciliation. How can we avoid future wars if we don’t understand how consent was manufactured for a war against Iraq?