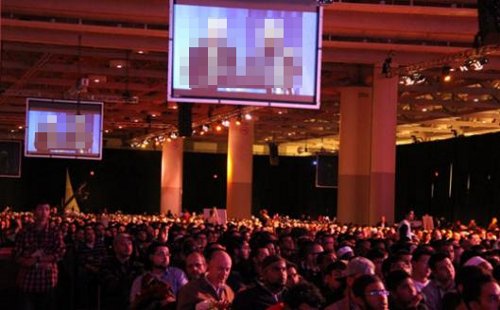 We’ve all been there – a big Muslim event,  an inspiring talk or recitation. Suddenly- a commotion. Motioning the speaker as a crowd makes their way forward. And then- subhan’Allah! This brother/ sister is ready to take their Shahada! Faces beaming, people crying the world’s newest Muslim (for perhaps a tenth of a second) is swamped with hugs from gender-specific strangers. They’re given a new name- usually eighty new names, because everyone wants to get their suggestion in. In roughly 30 seconds they make a million friends, who they will never see again.

It’s lucky Donald Bradman isn’t around in this moment because he would probably look at my pained expression and say to me, “That’s just not Cricket”. He’d probably also be in the ladies section, and that’s haram. I feel like the Grinch- I know the event is, alhamdulillah, the happiest of events. I know we’ve been witness to something spiritually magical (not Wiccan magical or Harry Potter magical, fellow Muslims – we cool). And yet, in my heart, I feel… uncomfortable.

It’s not because I want Islam all to myself and begrudge all other people who realize they’re onto a good thing. It’s not because I’m jealous that the other white person in the room is getting all the attention and suddenly I’m yesterday’s news. It’s not even the English blood in me which leaves me with an unfortunate compulsion to recoil in horror and inject a nice unhealthy bout of sarcasm into any experience of genuine emotion or feeling.

It’s a bit about the fact that conversion, for me, is deeply, deeply personal, in a way that would be impossible to understand if you’ve not been there. And having been there, and knowing how personal it is, makes me feel like I’m ruining- we’re ruining- someone’s moment. I feel like I’ve seen someone tell their habib that they love them for the very first time. I feel like I’ve witnessed a wife telling her husband she’s pregnant. I feel like I’m seeing something that is so very personal and life-altering and unique to that one person at that one moment, and I feel very, very unworthy of being there. I know others don’t feel the same way especially the uncle in the second row yelling, “Your new name is Umar!”

And yes, I know that’s a little irrational. I know that person has chosen to make that moment for everyone, and there’s a beauty in that too. I guess it comes from a sense of feeling that what’s right for me has to be right for everyone. I converted, completely alone, with the Shahada on a flickering computer screen before me, at a tiny rural school in Southern India where I was spending a month teaching. I didn’t tell anyone for a week- for that first glorious week, it was just God and me. There’s far more to the story than that, of course, but as I’ve taken to telling the roughly six people a day who ask, it’s personal.

But it’s not just that. It’s because a conversion is like a wedding. It’s the easy part. The marriage is the real test; the relationship with God that the new convert is about to build through learning to practice their religion- that’s not so easy. And yet all the people who had tears streaming down their faces when that person was taking their Shahada- where are they when that convert has no-one to spend Eid with? Where are those people when all of the convert’s non-Muslim friends are at the pub, but they have no Muslim friends to hang out with?

Too often a conversion story is propped up in Muslim media or talks as a tool for inspiring faith. Converts are people, not just mood-boosters. Our spiritual journeys- like everyone’s- are hard and challenging and the Shahada is only the very first step. So when a big event conversion is treated with such intense jubilation, to me it’s like putting emphasis on the wedding at the expense of the marriage.

So next time you’re at that event, and suddenly you’re hugging that dazed white person being kissed by six aunties at once, don’t just feel the buzz. Please, please don’t give them a new name- Stephanie is still good, even for a Muslim. And do try to realize that you got to see something incredible and in return perhaps you can do something incredible. Try and follow up with the convert, try and reduce their isolation and introduce them to your friends and let them know they have a shoulder to lean on. To me, strengthening and supporting someone on their spiritual journey is more beautiful than merely witnessing it start.