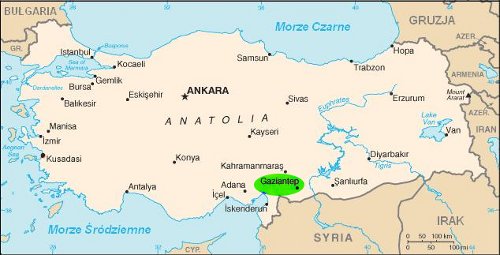 A car bomb that exploded near a police station in southeastern Turkey has killed at least nine people and wounded 69 others.

The remote-controlled blast happened Monday night in the town of Gaziantep, near the country’s border with Syria.

Prime Minister Recep Tayyip Erdogan is expected to travel to the town on Wednesday.

There was no immediate claim of responsibility for the bombing.

More than 40,000 people, mostly Kurds, have been killed since the PKK took up arms in 1984 to demand autonomy.