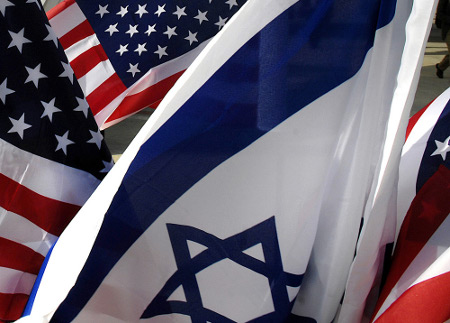 PanARMENIAN.Net – Israeli Defense Minister Ehud Barak thanked U.S. President Barack Obama for his decision to reinforce security and military cooperation with the Jewish state, his office said, according to AFP.

“Mr Barak welcomes President Obama’s decision to sign a law reinforcing cooperation in defense affairs between America and Israel, including the decision to grant an extra $70 million in aid towards the ‘Iron Dome’ project,” his office said in a statement.

“This new law… is a new expression of the ongoing support of the (Obama) administration and the U.S. Congress towards the security of the state of Israel,” it added.

Obama signed the law on Friday, July 27, surrounded in the Oval Office by representatives of the pro-Israel lobby AIPAC and by U.S. lawmakers.

He said the law, which gives Israel preferential access to U.S. arms and munitions, “underscores our unshakable commitment to Israel’s security.”

The U.S. leader also saluted the $70 million contribution this year to the Iron Dome missile defence system, designed to protect Israel against rocket attacks from Islamist militants in Lebanon and the Gaza Strip.

The project has received $205 million in U.S. funding since its inception.