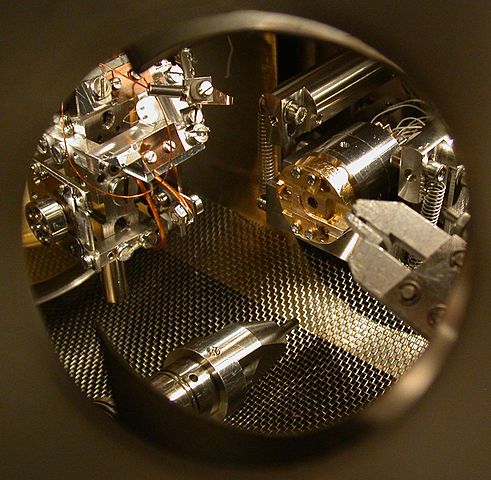 SYDNEY — Researchers in Australia say microscopic robots could soon be swimming around our bloodstream repairing cells and diagnosing diseases.  Drugs with improved therapeutic properties that can target affected parts of the body without damaging surrounding tissue have been the focus of an international nanomedicine conference in Australia.The conference, organized by the University of New South Wales in Sydney, has brought together academics and clinicians from 16 countries, including the United States, Britain and Australia.

They have highlighted research into targeted drug delivery systems, diagnostics and regenerative therapies, all enabled by nanomedicine.

It is the building of tiny machines to help combat disease. It is a field of research that works at a very small scale. A nanometer is equivalent to one-billionth of a meter or the size of a single strand of DNA.

“I see enormous potential in this technology to be able to deliver drugs or deliver gene-silencing tools to target cancer-causing genes in tumor cells, so where we can load up this payload on our little trucks . . . [and] deliver specifically to the tumor cells and spare the normal cells,” said Maria Kavallaris, from the Australia Center for Nanomedicine, one of the conference organizers.

“I really believe that some nanotechnologies will help …for the early detection of cancer.  Nanotechnologies will have …an impact on cancer [and] inflammatory diseases,” Boisseau noted.  “The benefits for the patients are really this targeted delivery. So it means we expect to have much less side-effects, so the quality of life of the patient will be much better.”

In basic terms, nano-sized particles or beads are loaded with proteins, which are organic compounds that are vital to human health. This creates a coded message that researchers believe will repair damaged cells or help “switch off” certain genes linked to various diseases.

Graham Wallace, a professor at the University of Wollongong, is developing microscopic robots that could help fight disease inside the body. Nanorobots with wireless transmitters could circulate in the bloodstream to monitor chemical imbalances.  Wallace says his research will have other uses:

“In the medical bionics area we have some targeted applications. One is building better electrodes for cochlear ear implants – the bionic ear, for example,” Wallace explained.  “So these particular nano-structured materials have to interface better with nerve cells or more effectively with nerve cells.  We work with the other clinicians to develop conduits, which will be used as implants for nerve and muscle regeneration, for example. Again, using electrical stimulation of nanomaterials to effectively achieve that.”

Professor Justin Gooding from the University of New South Wales says this type of work has increased rapidly in recent years and that researchers have ambitious objectives.

“For me the big goal is, well, let us not make a device that just tells you whether you have got a disease, let us make a device that tells you have got the disease, delivers the therapeutic to cure that disease and then delivers the information that actually the treatment has been effective.  And, let us do that for a device that is personalized for you, so the treatment strategy is personalized for you. Putting all those ideas into one thing, that is a fantastic goal, I think,” said Gooding.

Researchers at the Sydney conference say that such ambitions health care solutions that were once confined to the realm of science fiction will soon be within reach.