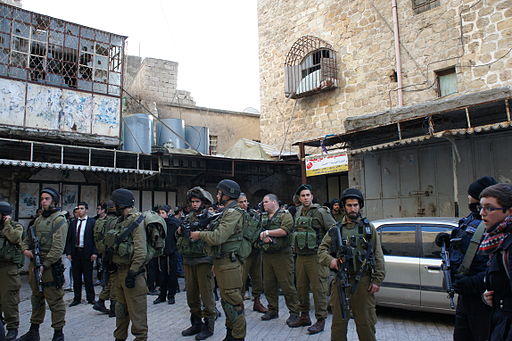 On February 7, 1968, AP correspondent Peter Arnett contributed one of the Vietnam War’s most memorable quotes.

Writing about Ben Tre, he cited an unnamed US major saying: “It became necessary to destroy the village in order to save it.”

He referred to intensive bombing and shelling regardless of civilian casualties. Many deaths resulted.

In mid-March, Charlie Company soldiers entered My Lai. Destroying the village to save it repeated. Hundreds were slaughtered.

Most were women, children, infants, and elderly victims. Bodies were found mutilated. Women were raped, then murdered. William Calley alone was convicted. He got off easy with three and half years under house arrest.

Numerous other incidents never made headlines. They repeat in all wars. US crimes of war and against humanity are some of history’s worst. So are Israel’s. In war, peace, or in between periods, it terrorizes Palestinian civilians.

Over 100 Palestinians are threatened. Their homes on their own land face demolition. Orders also target a shop, a clinic, a community center, a tent to store sheep milk prior to sale, solar panels, a cave used as a cultural museum, granaries, and shelters for sheep and chickens.

In February, Regavim petitioned Israel’s High Court. It demanded CA demolitions. In March, CA responded, saying “in the near future” new demolition orders would be issued. Susiya residents’ opposition would be reviewed.

Supreme Court Justice Asher Grunis ruled that “there ought to be an examination of the matter by all parties concerned.” He issued a temporary order prohibiting new construction in areas Regavim’s petition covered.

However, he failed to order demolitions halted prior to court deliberations.

Their descendants lived there for generations preceding Israel’s creation. In 1983, Susiya settlement was established on Palestinian land. Israel stole it unjustly.

In 1986, Israeli soldiers expelled residents from their homes after the CA declared their village a “national park” in the middle of an archeological site. Descendants of indigenous inhabitants can’t visit.

In July 2001, Israeli Yair Har Sinai was killed. A Palestinian was blamed. Soldiers retaliated. They expelled villagers from their land a second time. Demolition orders destroyed structures and other property. Water holes were blocked.

Deliberations were delayed. Various reasons were given. They included residents notifying the Court that they intended to apply for CA building permits for existing village structures.

Since expelled in 1986, CA officials haven’t offered alternative residence sites or granted permission to live legitimately on their own lands. Israel also refuses to allow nearby water and electricity connections.

Spurious reasons given claimed no building plan was submitted.

Twenty additional demolition orders are pending. An elementary school and well are targeted.

Oslo divided the West Bank into three parts. They include Areas A, B and C, plus a fourth for Greater Jerusalem.

The PA maintains civil control over Area B. It includes 450 towns and villages. Israel retains overriding authority for settler safety and its own interests.

Israel considers it sovereign territory. Land theft is official policy. Israel’s been stealing it incrementally for decades. It won’t stop until all valued Judea and Samaria parts are taken.

Palestinians are virtually prohibited from building in Area C. In South Hebron Hills, Palestinians fear the next demolition and expulsion of longtime residents. Settlers are free to build without permits. They also get infrastructure connections.

Susiya residents own about 3,000 dunams of agricultural land. It includes 30 water holes. It’s close to Susiya settlement. The IDF prohibits residents from entering or farming on much of their property.

In August 2010, Rabbis for Human Rights petitioned Israel’s High Court for justice. They demanded revocation of orders denying them access to their own land.

In February 2011, State authorities notified Justices that the army and CA would map land ownership rights. So far, only a small area is covered.

When settlers attack residents on their own land, soldiers and police do nothing to stop them. Israel is obligated to protect occupants of areas it controls. Failure violates international law. Expelling residents from their land constitutes a grievous crime against humanity.

Other area villages were targeted. At issue is ethnic cleansing to facilitate Jewish development. Residents are forced to survive ad hoc. Doing so requires violating permit authority. Future demolitions are feared. They can happen any time with little notice.

Settlers want land stolen for themselves. Israeli authorities oblige. Palestinian villages are destroyed to save them for Jews. The pattern repeats. It affects longtime residents. Legitimate rights are denied.

They’re called intruders on their own property. They’re entitled to live where descendants did for generations. Whether Israel’s Supreme Court agrees or disagrees remains unclear.

Stephen Lendman lives in Chicago and can be reached at lendmanstephen [at] sbcglobal.net.