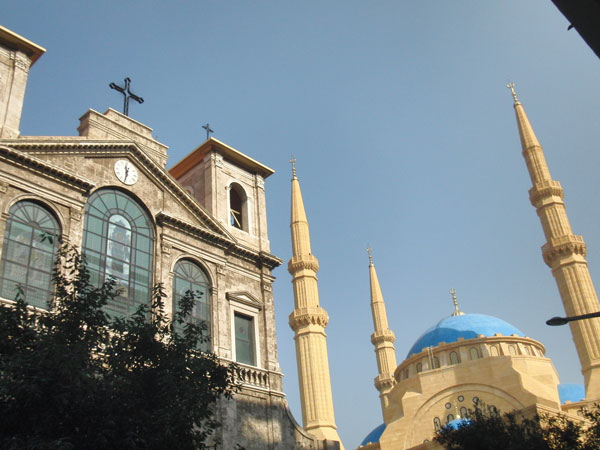 Reaching a common message of mercy, respect and caring for the weak, Muslim and Christian leaders from across the Middle East and Denmark wrapped up a three-day conference in Beirut aimed at enhancing understanding between the two faiths.

The conference “had enhanced understanding between Muslims and Christians by focusing on common values which overcome religious and cultural differences,” reverend Riad Jarjour said, Lebanon’s The Daily Star reported on Friday, May 4.

The conference, entitled “Building Greater Understanding between Christians and Muslims,” was organized by the Muslim-Christian Contact Group of the National Council of Churches in Denmark and the Arab Group for Muslim-Christian Dialogue.

It was attended by Muslims and Christians from different countries including Denmark, Lebanon, Syria, Jordan, Saudi Arabia, the UAE and Iraq.

Participants agreed that “the deep admiration of God invites us to love every person and respect his views and rights regardless of his religious and political beliefs,” the final statement, read by Jarjour, said.

The three day conference, wrapped on Thursday, was supported by the Danish Foreign Ministry.

A follow-up conference will be held in Copenhagen Sept. 25-28.

Dialogue between Muslims and Danish people started after Denmark’s Jyllands-Posten daily published 12 cartoons, including one showing a man said to be the Prophet wearing a tomb-shaped turban, in 2005.

Another caricature showed the Prophet as a knife-wielding nomad flanked by shrouded women.

The cartoons, considered blasphemous under Islam, were later reprinted by European newspapers on claims of freedom of expression.

The abusive drawings have strained Muslim-West ties and triggered massive and sometimes violent demonstrations across the Muslim world.

Concluding Beirut’s Muslim-Christian dialogue, participants agreed on a common message based on shared values including mercy, respect and caring for the weak.

“Christians and Muslims announce their belief in God, the one creator who unites us; this belief founds common space for dialogue in the future,” Jarjour, who is general secretary of the Arab Group for Muslim-Christian Dialogue, told The Daily.

“Muslims and Christians announce that our different concepts of God should not be a source for a lack of trust.”

Anders Gadegaard, the head of the National Council of Churches in Denmark, said that the final statement of the conference is valuable.

“We proved our ability to communicate and to enhance common values, it is important to acknowledge this,” he said.

For his part, Asmat Mojaddedi, the chairman of the Muslim Council of Denmark, praised the “excellent climate for dialogue” that characterized the conference.

Participants added that the essential values of Islam and Christianity are a source of richness for their societies.

“We live together like brothers despite the presence of extremists among Muslims and Christians which is historical,” he said.

Denmark has a Muslim minority of nearly 200,000 out of its 5.4 million population.

Following the cartoons crisis, Muslims in Denmark and worldwide took many initiatives to remove widely circulated stereotypes about Islam in the West.

Danish Muslims established the European Committee for Honoring the Prophet, a grouping of 27 Danish Muslim organizations, to raise awareness about the merits and characteristics of the Prophet.