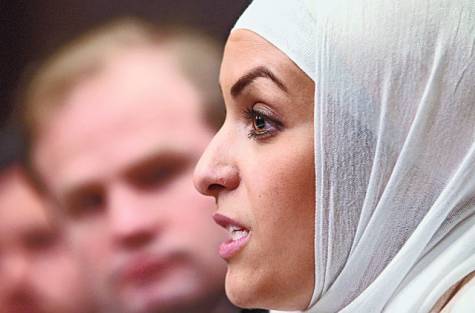 Dubai: “People called me names in the street or made unpleasant remarks. A man started shouting at me saying that I had to remove the sheet I was wearing on my head. I have been raised in Switzerland and I believe this is my country. I do not understand how other citizens assume they have the right to treat me like that.”

This statement by a Muslim woman — identified only as ‘P’ — was among the testimonies included in Amnesty International’s report on discrimination that Muslims, especially women, face in Europe.

The group appealed to European governments to avoid introducing generals bans on the wearing of religious and cultural symbols.

“Muslim women are being denied jobs and girls prevented from attending regular classes just because they wear traditional forms of dress, such as the headscarf. Men can be dismissed for wearing beards associated with Islam,” said Marco Perolini, Amnesty International’s expert on discrimination.

“Rather than countering these prejudices, political parties and public officials are all too often pandering to them in their quest for votes.”

The report, a copy of which was sent to Gulf News, focuses on Belgium, France, the Netherlands, Spain and Switzerland.

Despite the existence of legislation prohibiting discrimination, Muslims in Europe suffer from in equality in education and employment as these laws are not appropriately implemented in some European countries.

While pupils were forbidden to wear the headscarf or other religious and traditional dress at school in many countries including Spain, France, Belgium, Switzerland and the Netherlands, some employers were “allowed” to discriminate against Muslims, “on the grounds that religious or cultural symbols will jar with clients or colleagues or that a clash exists with a company’s corporate image or its ‘neutrality’”, the report noted.

The group also criticised Switzerland for a 2009 ban on the construction of new minarets for mosques. Moreover, it said that in Spain’s Catalonia region many Muslims had to pray in outdoor areas because authorities were rejecting applications to build mosques on the grounds that they were incompatible with Catalan traditions and culture.

According to 2010 figures, there are nearly 44 million Muslims living in Europe. In some countries, such as Bosnia and Herzegovina, Macedonia or the Russian Federation, the Muslim population has been established for centuries. In Albania and Kosovo Muslims represent the majority of the population. Moreover, Muslims made up less than 10 percent of the population in any Western and Northern European country, AI noted.

Discrimination against Muslims in Europe also comes in direct conflict with European Union (EU) anti-discrimination legislation which allows variations of treatment in employment only if specifically required by the nature of the occupation, AI said.

One of the several cases included in the report, was an example of a 27-year-old woman from Netherlands, whose family originally came from Pakistan. The woman thinks the rules restricting the wearing of full-face veils are justified in specific areas and certain jobs. But she couldn’t understand the reason for rejecting her application for a job at a call centre.

The report comes after far right leader Marine Le Pen scored a surprisingly strong third-place showing in France’s presidential elections. Her anti-immigrant platform singled out Muslim practices for criticism. Amnesty’s report quoted her in one occasion as saying: “Europe will no longer be Europe, it will turn into an Islamic republic. We are at a turning point, and if we don’t protect our civilisation it will disappear. Yes, I’m attached to the nation. I want to preserve our cultural and historic identity.”

Geert Wilders, from the Party for Freedom (PVV) in Netherlands, was also among the politician figures who made anti-Islam comments and was included in the report.

He said: “Islam is the biggest threat, threatening our country and the entire free Western world. We have too much mass immigration from Muslim countries and too many hate palaces – Cohen [referring to the leader of the social democrats] labels these as Mosques, I believe – and immigrants are still over-represented in crime statistics. Enough is enough.”