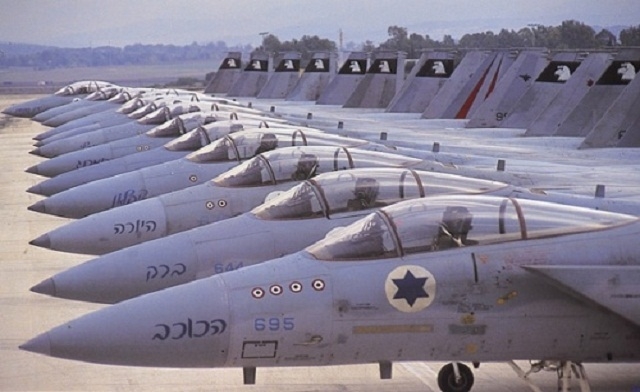 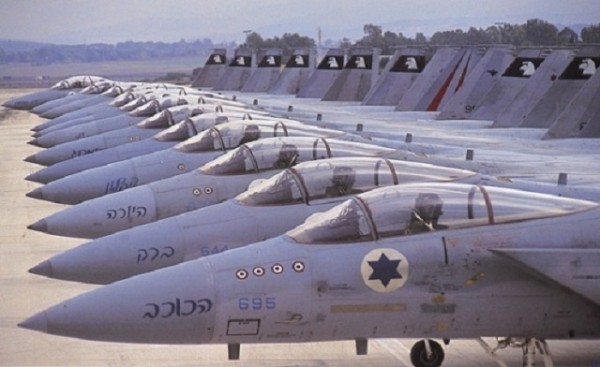 Amid the ever-growing diplomatic noise and military buildup in the Persian Gulf, a key issue has received insufficient attention: the dual problem of possible radioactive contamination and civilian casualties resulting from an operation against Iran. Strikes on nuclear facilities carry enormous stigma; those directed at peaceful installations, specifically, are considered a grave violation of international law.

Although a persuasive legal argument could be made that the Iranian nuclear program is anything but civilian (something that the Islamic Republic denies), many of the moral constraints against attacking installations loaded with thousands of tons of dangerous chemicals would remain. Surprisingly, given how much has been written and said on the topic of the Iranian nuclear

program, there is very little reliable publicly available information on the issue.

On the one hand, two prominent Western experts contacted by Asia Times Online suggested that it would be possible to conduct an operation against the Iranian nuclear program without releasing much radiation in the environment. Though both stressed the speculative nature of the discussion, their responses might lead one to conclude that the danger of a peacetime nuclear accident in Iran, if the nuclear program is allowed to go on, would be greater.

Asked whether he thought it would be possible to bomb the Iranian installations without releasing large quantities of uranium hexafluoride gas (the chemical compound of uranium which is used in the enrichment process and which Iran has stockpiled in the thousands of tons) into the atmosphere, and whether he would comment on the possible scale of civilian casualties and the spread of nuclear fallout, Dr Bruno Tertrais, a senior researcher at Fondation pour la Recherche Strategique in Paris, responded:

Any precise answer to these questions would be extraordinarily speculative. A short answer to the first one is “probably yes”, but it depends so much on the type, number of munitions used and on the aim points that one can hardly go further. The expression “fallout” is inappropriate: this would neither be a nuclear explosion nor a nuclear accident. Note also the following: Israel deliberately chose to bomb the Iraqi and Syrian reactors before they were operational as to minimize the risk of release of radioactive particles. In any case, the bombing of the main Iranian nuclear facilities would not create radioactive contamination of the atmosphere to a scale that would be dangerous for the populations of the country and of the region.

On the question what he thought about the danger of a peacetime nuclear accident in Iran – something that was highlighted in several rare reports in the Kuwaiti press that addressed the issue of contamination related to the Iranian nuclear program – he wrote:

Bushehr is a a mix of [German and Russian] technologies, and is located on a seismically active region; the risk is non-trivial. Note that Iran is the only country hosting a nuclear power plant that has not signed the Nuclear Safety Convention.

A number of other experts have also criticized the safety at the Bushehr plant – which by most accounts is not directly a part of the military nuclear program – and several incidents occurred there even before it became fully operational last year.

Mark Fitzpatrick, who directs the Non-Proliferation and Disarmament Program at the International Institute for Strategic Studies in London, elaborated further on the former questions:

Bombing Natanz or Esfahan would release fluorine, which is highly corrosive, nasty stuff. Because Natanz is underground, the atmospheric dispersal would be minimized. The release would probably be worse at Esfahan, which is above ground and has stocks of pure fluorine as well as uranium hexafluoride. If dispersed through bombing, the fluorine would be lethal to workers at the plant. But it is heavy so it wouldn’t spread far.

There do not appear to be residential areas near the plant that would be affected.

Bombing Bushehr would be worse because the irradiated fuel would release radioactivity into the atmosphere. The effect would be more akin to a dirty bomb rather than a radioactive explosion. Bombing Bushehr would not produce a Chernobyl or Fukushima-like internal meltdown unless in the unlikely circumstance that the bombing replicated nature and knocked out all the redundant cooling power mechanisms.

In short, the environmental problems aren’t the worst of the bad outcomes of bombing.

In a subsequent e-mail, Fitzpatrick clarified that uranium hexafluoride is also a very heavy gas and would not spread far.

Nevertheless, it is important to note that the uranium conversion facility at Esfahan is just a few kilometers from the city, which is home to over a million and a half Iranians.

Other experts, moreover, are far less optimistic. Dr Victor Mizin, a senior Russian analyst who is vice president of the Center for Strategic Assessments in Moscow, said in a telephone conversation that while uranium hexafluoride and fluorine were indeed heavy gases, it was impossible to ascertain what other chemicals were stored near the Iranian nuclear facilities; he voiced a concern that chemical and biological weapons stockpiles could also be hit.

He added that he doubted an attack on the Iranian nuclear facilities would set the program back significantly – barring the use of tactical nuclear weapons – but that some of the strikes, for example those on the yellowcake production facilities, would “predictably” result in radioactive contamination.

“I understand that even the Israelis never speak about hitting Bushehr,” he added. “It would be crazy … Nobody is going to do that.”

The uncertainty that comes through in all of these conversations forces an important point onto the strategic calculus that has so far been at the center of media attention.

The broader debate about war in the Persian Gulf is usually framed in terms of the strategic calculations of the main actors. For example, the United States and Europe worry about the Strait of Hormuz and the global economy, Israel worries about a nuclear arms race in the Middle East and cross-border attacks, while the Gulf countries are concerned about Iran’s ability to project power by conventional means. The civil war in Iran’s closest Arab ally, Syria, also features prominently in these calculations.

Little is said about contamination and civilian casualties – though from some media reports we could infer that such debates are taking place in policy-making circles, away from public scrutiny. Oddly enough, if we trust the well-connected analyst Jeffrey Goldberg, the Israeli leaders might be particularly scrupulous about this.

In a column published by Bloomberg last Monday, Goldberg shares his impressions from a series of meetings with Israeli officials:

[Israeli Prime Minister Benjamin] Netanyahu, I’m told, believes a successful raid could unclothe the emperor, emboldening Iran’s citizens to overthrow the regime (as they tried to do, unsuccessfully, in 2009).

One conclusion key officials have reached is that a strike on six or eight Iranian facilities will not lead, as is generally assumed, to all-out war. This argument holds that the Iranians might choose to cover up an attack, in the manner of the Syrian government when its nuclear facility was destroyed by the Israeli air force in 2007. An Israeli strike wouldn’t focus on densely populated cities, so the Iranian government might be able to control, to some degree, the flow of information about it. [1]

Assuming that Goldberg has guessed the intentions of Netanyahu – admittedly, it is hardly a certainty that the idea of a limited strike fits the goal of regime change; large-scale civilian casualties would most likely have the effect of rallying popular support behind the Iranian regime.

If such a scheme succeeds, regime change would likely halt the nuclear program, which would accomplish Israel’s goals in a fairly bloodless way. Yet, as Goldberg himself admits, such a scenario might be overly naive and optimistic.

Numerous experts have warned that even a very limited strike could easily spiral into a full-scale war in the Persian Gulf, the consequences of which could be disastrous.

An interesting though even more difficult to verify point was made in another rare article addressing the issue, published by the Jerusalem Post on March 23, 2007. Attributing the information to “foreign sources” – a frequently used trick by Israeli journalists, usually intended to bypass the military censor on less important topics – Amir Mizroch writes:

According to foreign sources, foreign diplomats believe a possible attack would take place before the end of 2007. By that time, Iran might have enough enriched uranium to cause a humanitarian and environmental catastrophe from radioactive fallout should its nuclear facilities be damaged or destroyed in an attack.[2]

One could speculate further: for example, by pointing out that Netanyahu, who assumed office in 2009, got a late start. This is certainly true with respect to how the Iranians have dispersed and fortified their facilities over the past five years; the Israeli prime minister, who sees the Iranian nuclear program as an existential threat to his people, is clearly in a bind, and in a worst-case scenario might attempt to transfer some of the blame for a disastrous attack on his predecessors’ inaction.

Still, numerous past estimates about the Iranian nuclear program that appeared in the Israeli press have proved wrong, and ultimately our best guesses about the calculations of the people who might unleash a bloody war in the Middle East are founded on very little reliable information. If we pause to think about it, it is far from a comforting thought.