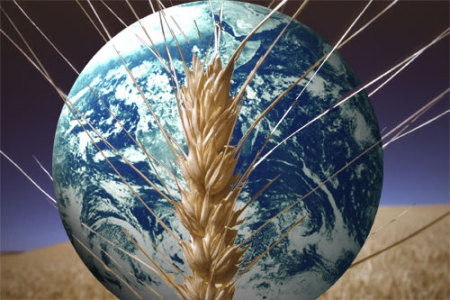 LONDON, Jan 30 (Reuters) – The world is running out of time to make sure there is enough food, water and energy to meet the needs of a rapidly growing population and to avoid sending up to 3 billion people into poverty, a U.N. report warned on Monday.

As the world’s population looks set to grow to nearly 9 billion by 2040 from 7 billion now, and the number of middle-class consumers increases by 3 billion over the next 20 years, the demand for resources will rise exponentially.

Even by 2030, the world will need at least 50 percent more food, 45 percent more energy and 30 percent more water, according to U.N. estimates, at a time when a changing environment is creating new limits to supply.

And if the world fails to tackle these problems, it risks condemning up to 3 billion people into poverty, the report said.

Efforts towards sustainable development are neither fast enough nor deep enough, as well as suffering from a lack of political will, the United Nations’ high-level panel on global sustainability said.

“The current global development model is unsustainable. To achieve sustainability, a transformation of the global economy is required,” the report said.

“Tinkering on the margins will not do the job. The current global economic crisis … offers an opportunity for significant reforms.”

Although the number of people living in absolute poverty has been reduced to 27 percent of world population from 46 percent in 1990 and the global economy has grown 75 percent since 1992, improved lifestyles and changing consumer habits have put natural resources under increasing strain.

There are 20 million more undernourished people now than in 2000; 5.2 million hectares of forest are lost per year – an area the size of Costa Rica; 85 percent of all fish stocks are over-exploited or depleted; and carbon dioxide emissions have risen 38 percent between 1990 and 2009, which heightens the risk of sea level rise and more extreme weather.

The panel, which made 56 recommendations for sustainable development to be included in economic policy as quickly as possible, said a “new political economy” was needed.

“Let’s use the upcoming Rio+20 summit to kick off this global transition towards a sustainable growth model for the 21st century that the world so badly needs,” EU Climate Commissioner Connie Hedegaard said in response to the report, referring to a U.N. sustainable development summit this June in Brazil.

Among the panel’s recommendations, it urged governments to agree on a set of sustainable development goals which would complement the eight Millennium Development Goals to 2015 and create a framework for action after 2015.

They should work with international organisations to create an “evergreen revolution”, which would at least double productivity while reducing resource use and avoiding further biodiversity losses, the report said.

Water and marine ecosystems should be managed more efficiently and there should be universal access to affordable sustainable energy by 2030.

To make the economy more sustainable, carbon and natural resource pricing should be established through taxation, regulation or emissions trading schemes by 2020 and fossil fuel subsidies should also be phased out by that time.

Sovereign wealth and public pension funds, as well as development banks and export credit agencies should apply sustainable development criteria to their investment decisions, and governments or stock market watchdogs should revise regulations to encourage their use.

Governments and scientists should also strengthen the relationship between policy and science by regularly examining the science behind environmental thresholds or “tipping points” and the United Nations should consider naming a chief scientific adviser or board to advise the organisation, the report said.