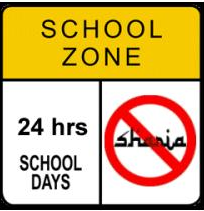 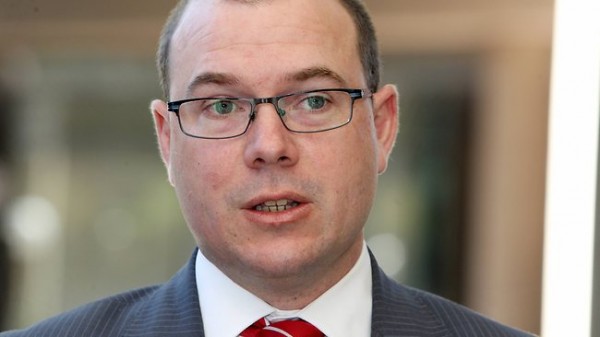 Mr Fraser’s west Brisbane electorate is being letterbox dropped by a group called the Qsociety, which is concerned with the “erosion of Western values and the Islamisation of Australia”.

The flyers say “it’s time to say no” to the Halal food industry, “whitewashed Islamic content” in state schools, Sharia finance and “segregation and apartheid” such as prayer rooms. They direct readers to a website and a Victorian address.

Mr Fraser on Thursday told parliament the flyers presented a chance for MPs who voted against his bill on same sex civil unions to take a stand on another human rights issue. The bill passed on Wednesday night, with Labor MPs given a conscience vote and the LNP voting against it. Mr Fraser said they should denounce Qsociety.

“It’s to the credit of this house and our democracy that we can debate a sensitive issue such as civil partnership with civility,” he said. “Perhaps today the LNP can overcome their moral timidity to join with me in distancing themselves from hateful and hurtful prejudice propagated by Qsociety and condemn (it) in the most unambiguous terms as I do, on behalf of the Labor government. (Not) to do so would be an act of complicity. The interests if decency require us all to condemn this prejudice.”

To thank Andrew Fraser for speaking out against Islamophobia:

Have you seen these flyers or have more info? Contact us at editor@muslimvillage.com.

Presumably the Q Society flyer was promoting the speaking tour they have organised for Robert Spencer of Jihad Watch (there is a public meeting in Brisbane today). I can’t find a copy of the actual leaflet but you can get a flavour of the Q Society’s propaganda hereand here.