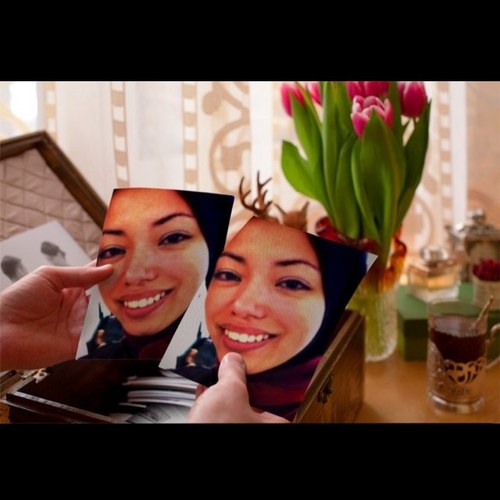 Are you a single Muslim woman with a good career? Are you starting to feel like you’re on the ‘wrong side’ of 20, or (gasp!) 30? Do you struggle with the usual “Are you married yet?” questions? Read about the experiences of Dr Nasya Bahfen, and know that you’re not alone!

What challenges did you face while living in Australia as a Muslim woman?

I faced both professional and personal challenges. Professional, because I chose a non-traditional career path in the media, and personal, because it took me a very long time to settle down with a partner and while I tried not to let the community or societal pressure of being unmarried bother me by being a workaholic and taking up different activities, there were a lot of times where I just personally felt it would be nice to have someone to share my life with or to plan for a family with.

Tell me about your experience of hijab. Has it been a help or hindrance in your career or marriage prospects?

For career prospects, the headscarf isn’t as much of a hindrance as you might think. I guess the whole package is more important – how you conduct yourself, how you sell your experience and skills, and how you approach your work prospects – than what you are wearing. Marriage-wise, it does create a bit of confusion because I’m not all that religious. The implication that arises from the headscarf is that you are a practicing Muslim woman at least, which then leads on to conversations about “Well, what sort of Muslim man am I looking for?” and “What sort of wife is this brother interested in?” Often, the type that I wasn’t…

Do you believe that single Muslim women in their late 20’s and 30’s scare off men because they are overqualified? If not, what’s the real issue?

In some Muslim communities in Australia, the norm is to be married by your late 20’s, so it’s probably not a case of men being scared off by them but more that a single Muslim woman of that age or more might cause people to think about why she is still single, whether there is something wrong with her, or whether she’s devoted more time to her professional life (and the implications of that for, say, brothers who want sisters who aren’t so career-oriented-which is perfectly fine it’s just a preference). In other communities (including my own, the Indonesian community), I think there is this sense that a professional Muslim woman scares off men. Despite their laissez-faire approach to religion Indonesian Muslim men can be incredibly conservative – for example there are still pockets of Indonesian Muslim men who believe a woman should not work, and again that’s a preference I respect until those men start judging YOUR Iman for choosing to work. Also, there is a sense among Indonesian Muslims that it’s a problem if the wife earns more than the husband, and the preference is to have the wife less educated than her husband. I have a PhD, so you can imagine how many Indonesian men were lining up for my hand (hint: less than one)! My husband doesn’t believe in any of this, although he’s more financially stable, owns his own place, and working for commercial media he earns a lot more than I do, so being able to say that helps with nosy relatives who – in typical south-east Asian style – don’t realise they’re being nosy when they ask how much you earn and how much your husband earns.

What advice would you give single/divorced Muslim women in their late 20’s and 30’s who want to marry but who haven’t found Mr Right?

I did have this single and depressed phase that I went through, so if there’s advice I can give to women in this position that I was in, it would be to just live your life – do not focus on being single. Everyone else in the community will do that for you, trust me! Make lots of du’a, let people know you’re available and open to being introduced if you are, and then forget that you’re single. Work hard, do that course you’ve always wanted to do, take up a sport, attend religious classes, take your parents out shopping or for coffee, offer to babysit a niece or nephew, check out the latest halal restaurant with your friends. Do something, anything, to fill up your life and discover yourself and when you aren’t looking it’ll happen.

What’s the most important lesson you’ve learned when it comes to being a single or married woman?

As a single woman – see my previous answer. As a married woman – improve your negotiation skills, especially if you are close to your family and you need to allocate time to both your husband and your family. And make time for your friends – in the five years I’ve been married I seem to see them less, which makes sad.