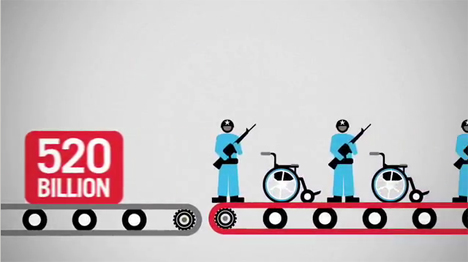 Now the 10th anniversary of the terrible events of September 11, 2001, has passed, it’s time for plain speaking.

You’ve often seen me criticise economists for their bloodless rationalism – their excessive focus on efficiency in the satisfaction of our material wants and neglect of our emotional and social needs. Yet it’s possible to go too far the other way, to be too emotional and not sufficiently hard-headed in our reaction to events.

And that’s just what we’ve been in our response to the destruction of the World Trade Centre towers. We’ve exaggerated the threat from terrorism and spent far more than is sensible in trying to reduce it.

As usual, we have better information on the Americans’ response than on our own, similar response. But there’s much to learn from a study of the American experience by John Mueller, a professor of national security studies at Ohio State University, and Mark Stewart, a professor of civil engineering at our own University of Newcastle.

In the months after September 11, it was almost universally assumed the events represented not an aberration but the start of a new era of greatly increased terrorist threat. Intelligence sources estimated there were as many as 5000 al-Qaeda operatives in America.

All that totals $US690 billion. Now Mueller and Stewart add the opportunity costs of terrorism insurance premiums, passenger delays caused by airport screening, the value of lives lost because people drove to their destination rather than suffer airport delays, and other losses in consumer welfare.

That totals $US420 billion, taking the grand total additional cost since 2001 to well over $US1 trillion.

Those figures don’t include the cost to US taxpayers of the terrorism-related wars in Iraq and Afghanistan. The equivalent figure for Australia (which does include the cost of the wars) is about $30 billion.

The question people often ask is, are we safer? That’s a silly question. Of course we’re safer. The posting of a single security guard at the entrance to one building makes us safer, if only microscopically.

The sensible question is, are the gains in security worth the amount we’re paying? Or, in the words of one risk analyst, ”How much should we be willing to pay for a small reduction in probabilities that are already extremely low?”

The fact is, despite the escalation in our fear of terrorism, and despite the considerable publicity given to cases where the authorities have foiled bungling terrorist intentions, there’s been no great increase in terrorist attacks outside war zones.

In 2005, after years of well-funded sleuthing, the FBI and other investigative agencies admitted that they had been unable to uncover a single al-Qaeda sleeper cell anywhere in the US.

So any terrorist threat derives from small numbers of home-grown people, often isolated from each other, who fantasise about performing dire deeds and sometimes receive a bit of training and inspiration overseas.

Home-grown Islamist potential terrorists are estimated to represent one in every 30,000 Muslims in the US. Muslim extremists have been responsible for a 50th of 1 per cent of the homicides committed in the US since 2001.

But it’s less than the number of people in the US who drown in bathtubs each year.

The increased delays at US airports because of new security procedures have prompted many people travelling short distances to drive rather than fly.

But driving is far riskier than air travel and the extra road traffic is estimated to result in 500 or more extra road deaths each year.

More than 100 Australians have been killed by terrorists since 2001. But all of them have been overseas, the majority in the Bali bombing of 2002. There have been no terrorist attacks in Australia, though our security agencies claim to have foiled four ”mass casualty events”.

Stewart says the risk of an Australian being killed in a terrorist attack is one in seven million each year, which is about the same as the risk of being struck by lightning.

Why have we spent such huge sums trying to reduce such a small risk? And why have governments paid so little attention to whether we’re getting value for money, especially at a time when budgets are tight and so many worthier causes are going begging?

Partly because we demand it of them. As someone said, ”we have come to believe that life is risk-free and that, if something bad happens, there must be a government official to blame”. Apart from the desire of security forces and spooks to work in a growth industry, politicians face distorted incentives. It’s safer to spend more and risky to spend less.

Osama bin Laden’s stated goal in launching his attack and threatening more was to lead the US into bankruptcy. He didn’t succeed, but he has provoked a reaction that’s contributed significantly to the US government’s severe budgetary problem, which seems likely to cripple the American economy for the rest of the decade.

Meanwhile, we’re left with security measures at airports and elsewhere that do more to inconvenience the public than the terrorists and amount to little more than security theatre…