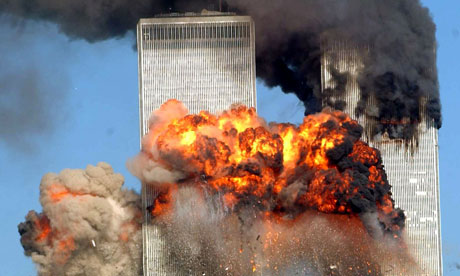 On 17 September 2001, George Bush paid a visit to the Islamic Centre of Washington. “The face of terror is not the true faith of Islam,” declared the US president. “Islam is peace.” Muslims might have been its biggest victims, but the war on terror wasn’t conceived as a war on Islam. In recent years, however, a growing number of rightwing ideologues have exploited the terror threat to push the argument that Islam is as at war with the west. Backed by well-funded thinktanks, these individuals are no longer “fringe” voices. Take Patrick Sookhdeo, a Christian pastor who reinvented himself as a terrorism expert after 9/11. He is quoted approvingly four times in the 1,500-page “manifesto” of the Norwegian killer Anders Breivik. Why? Sookhdeo has dismissed the “myth of moderate Islam”, says Islam is a “religion and political ideology that puts our British way of life in grave danger” and believes “everything about the west is inimical to Islam”.

The ravings of a crank? In fact, Sookhdeo’s book, Global Jihad, is on a recommended reading list for the UK Defence Academy’s higher command and staff course 2011. The pastor himself has been used by the MoD to give “higher level training” to British military commanders preparing to deploy to Afghanistan.

Then there is Robert Spencer, the co-founder of the EDL-linked organisation Stop the Islamicisation of America which, according to the Anti-Defamation League, “promotes a conspiratorial anti-Muslim agenda”. Breivik’s manifesto cited Spencer 64 times. Yet the latter has been invited to advise the FBI on counter-terrorism and his book, The Truth About Mohammed: Founder of the World’s Most Intolerant Religion, has featured on the FBI’s reading list for new recruits.

It is easy to blame crude, anti-Islam propagandists like Sookhdeo and Spencer for the increasing levels of alienation, disillusionment and distrust inside Muslim communities across the west. But the real question is why have the US and UK governments given such influence to preachers of hate and division? Whatever happened to winning hearts and minds?

Western Muslims have been seen exclusively through the prism of counter-terrorism. Sensitive issues of integration and community cohesion have become entangled in the securitised discourse of the war on terror. Here in the UK, the effect has been a chilling of speech inside Muslim communities. I have lost count of the number of British Muslim students, activists and imams who have told me of their fear of being labelled as extremists or terrorists if they dare take an unconventional, unorthodox or radical position on a political or religious issue. It is ironic, if depressing, that a doubling of the number of Muslim MPs in parliament and the appointment of a Muslim woman to the cabinet has been matched by a narrowing of the range of opinions and views expressed by ordinary British Muslims in public.

For example, many Muslims have melted away from the antiwar movement, which they collaborated in creating. There is a growing belief that dissent by politically active Muslims has not just been stigmatised, but criminalised. From new laws cracking down on the so-called “glorification of terrorism”, to the excessive sentences handed out to British Muslim teenagers protesting against Israel’s Gaza war, to the use by counter-terrorism police of 150 surveillance cameras in just two Muslim areas of Birmingham, the past decade has seen ordinary Muslims disproportionately targeted by the authorities. A damning report by the Institute of Race Relations in 2009 described the last government’s prevent counter-extremism strategy as “an elaborate structure of surveillance, mapping, engagement and propaganda. Prevent has become, in effect, the government’s ‘Islam policy’.”

Meanwhile, the media’s coverage of British Muslims has been particularly pernicious. In 2008, a Cardiff University study of 1,000 newspaper articles revealed that references to radical Muslims outnumbered references to moderates by 17 to one. The most common nouns used in relation to British Muslims were terrorist, extremist, militant and Islamist.

The term “Islamist” – one I have, admittedly, used myself – is especially problematic. It obscures more than it illuminates. The tyrannical Taliban government of Afghanistan was Islamist – yet so too is the elected government of Turkey; Hizb ut-Tahrir is an Islamist organisation – but so is the Muslim Council of Britain. I too have been lazily denounced as an “Islamist” by my critics – despite having long ago declared my opposition to an “Islamic state” – and subjected to a barrage of Islamophobic abuse online. I am often told by anxious and fearful Muslim friends to “be careful” or to “stop being so outspoken”; they worry for my safety and job security.

I love this country. There is no better place in Europe to live as a Muslim. But, as we approach the 10th anniversary of 9/11, I too tire of the negative stereotypes and constant suspicion and hostility that members of British Muslim communities have had to endure.

Perhaps all is not lost. Last month, Tariq Jahan, whose son was murdered during the riots, won plaudits for his calm and dignified response. What made Jahan such an unlikely British hero – especially on the pages of the Daily Mail and the Daily Express – is that he is a British Muslim (and a former supporter of Hizb ut-Tahrir). After I visited his home in Birmingham, a friend of the family told me: “Thanks to Tariq, we’re all seen in a different light now – not in a negative light, not just as terrorists.” But there is still a long way to go. Ten years on, British Muslims must stand up and be counted. Our struggle against demonisation is far from over.